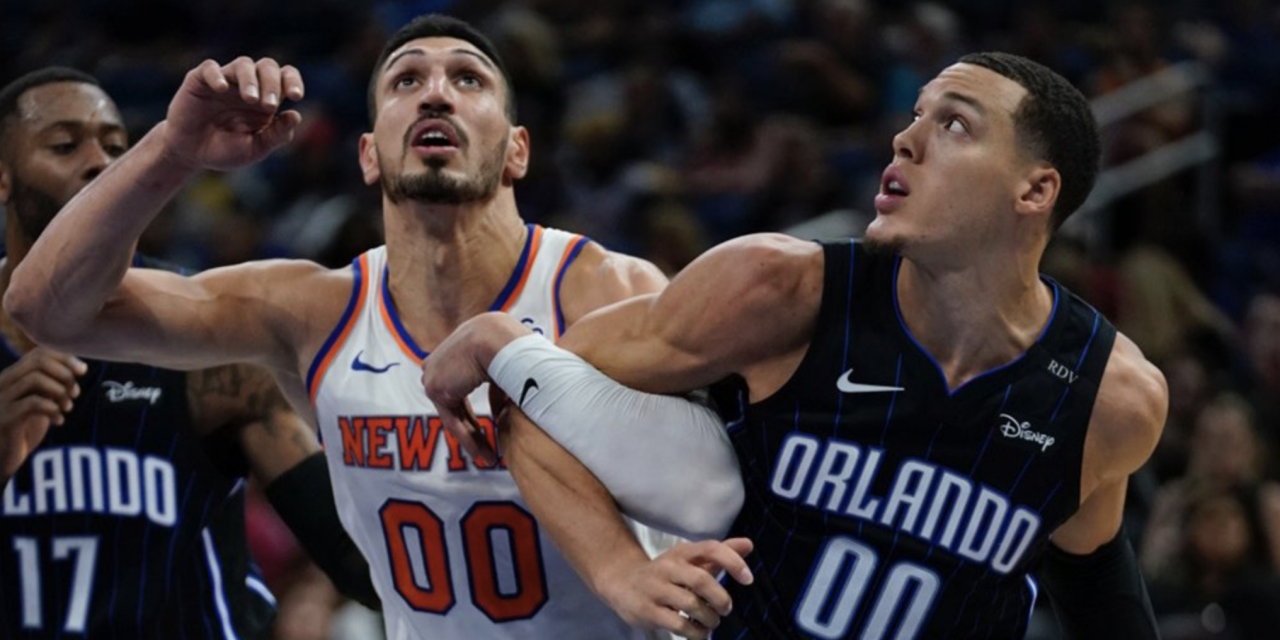 If the New York Knicks are playing for pride, they had more of it tonight than they did a week ago. The 131-117 loss to the 9-8 Orlando Magic stinks, but not as much as last Sunday’s outing. At least there are a couple key takeaways from this one.

The first quarter was awful for New York. The Magic hit their first seven shots, and Aaron Gordon got hot early. At one point, the Knicks didn’t even bother to D him up. Their nonchalance on the defensive end and ineffectiveness on offense was maddening. After the first quarter, the score was 44-31. To give up what should have been a half’s worth of points is inexcusable.

Luckily, substitutions of Frank Ntilikina and Damyean Dotson held the Orlando Magic from steamrolling to another blowout win. While it’s fine and dandy that two of the best wing defenders proved their worth immediately, it does not help the fact that the team’s defense is dangerously bad as a whole. If Coach Fizdale has a checklist of things to improve over the course of the season, his team’s defense should be at the top in bold.

Long-time running mates Tim Hardaway Jr. and Trey Burke played great on offense. Together they shot a combined 20-40 from the field, scoring 63 of the Knicks’ total points. Their play largely kept the New York within striking distance of the Magic. Hardaway even made a surprisingly sneaky defensive play.

A lucky day in the steals column does not mean he’s progressing on defense, but it is encouraging, since THJ is the admitted leader of the team.

Burke still can’t hit from three. Somehow, his effective midrange shots cannot translate to a basket five feet further out. It’s doubtful this will improve over the course of the season. But one thing the past few games have shown, however, is that Burke deserves to be in the rotation. The details are still unclear, but he’s made a strong case by scoring 31 points off the bench.

Enes Kanter started the game with the most pitiful effort one could muster by tossing up this shot.

I'm crying what the hell is this Enes LMAO pic.twitter.com/4zRME2NCBG

Apparently, he grew so ashamed of himself that he committed to playing hard for the rest of the game. Kanter ended up with 21 points, 19 rebounds, and one uncharacteristic block. His attitude about being benched hasn’t helped the team. Kanter may have put up great numbers, but his grandstanding on the court—trying to throw it down instead of passing to the 3 point line when he was up to his neck in defenders—hurts the team.

His big games are phenomenal, and may even earn him an All-Star spot if he keeps it up. However, his 3 assists tonight are higher than his average, and he still could have done more. Kanter may be one of the best post players in the league, but the lesson here is that he still has room for growth.

What stuck out to me the most down the stretch was the lack of both assists and off-ball movement. Letting a red-hot Burke and Hardaway cook is important, but the other three guys on the court aren’t just fixtures. Staying out of the way isn’t enough. Defenders keyed in on that and responded with help defense, stifling the Knicks even when they did get inside. Often enough, this led to the Magic’s offense tuning up the Knicks in transition. They shared the ball and caught open looks all throughout the gate. If the Knicks can’t foster some semblance of chemistry, first and fourth quarters will continue to look like they have.

On Tuesday, the Knicks look to take on a fortified Portland Trailblazer’s team. Hopefully, with a few days of reflection behind them, they’ll earn a win.