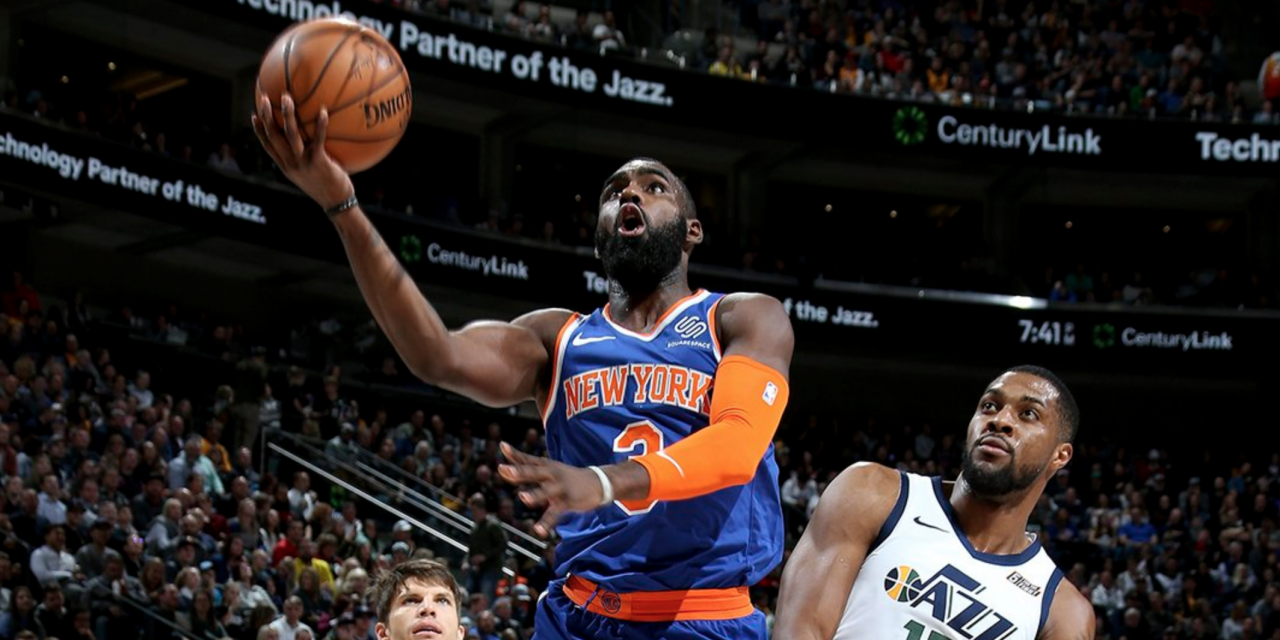 There’s a Bird Box joke about this game somewhere in here. The Knicks lost to the Utah Jazz in an embarrassingly one-sided game. The final score was 97 to 129, and that’s not even the worst of it.

The story begins in the first half—the Knicks began the game down and never recovered. Early on, the Knicks were getting killed on the pick & roll, but soon Dante Exum and Rudy Gobert learned that they didn’t even need to set a pick to get Gobert open underneath the basket. He need only get there in his own time. After a while Exum, Donovan Mitchell, and Raul Neto realized that they too could join in on the fun and get easy buckets in the paint.

Most of the time they were escorted by one of the Knicks’ guards. You know, just so they don’t get lost.

The Jazz finished the first half with 44 points in the paint, shooting 60% from the field. Those points in the paint are ten more than the Knicks had total in the half. Unable to find a rhythm, they resorted to launching threes and contested long twos like a pack of scrubs in the YMCA. They looked like the opposing nobodies that play against NBA talent in the summer.

After the first half was over, the Knicks came back to avenge themselves by “playing for pride.” Emmanuel Mudiay managed to score nine points in the third quarter and set the tone for quite a while. The rest of the Knicks looked less dead with Kevin Knox, Noah Vonleh, and Tim Hardaway Jr. each making a three early in the third. Starting the quarter with a 16-3 run, they cut the lead to a manageable…22 points.

The fourth quarter was more of the same. With an insurmountable lead and a full head of steam, the Jazz kept the game well out of reach with ease.

“Highlights” (If we can call them that)

Frank Ntilikina had an exciting poster on his countryman Rudy Gobert, although he owned the team for every other possession.

Three point shooting picked up later on, with Knox shooting 3/4 from three, Vonleh 2/2, Luke Kornet 4/6, and Damyean Dotson 2/4 from three.

This being the last game of the calendar year, hopefully they can put it behind them. New Year, New Knicks? I certainly hope so.