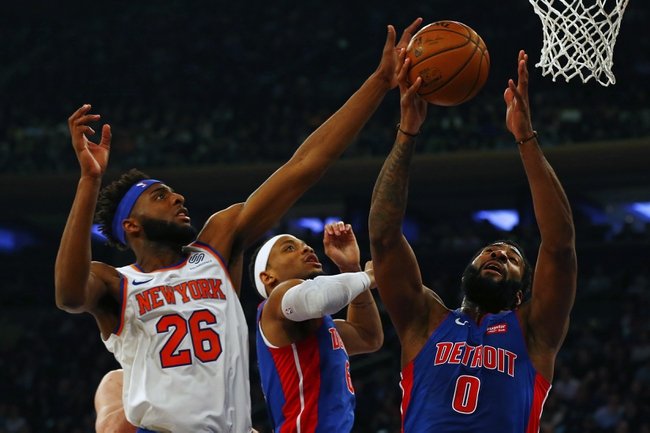 The forward-looking Knicks suffered a blowout at the hands of the Detroit Pistons, to close the season with a 17-65 record.

It’s finally over! We are free from Knicks basketball until next October.

For the Knicks, the 82nd game of the season meant absolutely nothing. Having already secured the outright worst record in the league with 17 wins, a loss would tie the 2014–15 season for the worst record in franchise history at 17-65.

The Detroit Pistons controlled their destiny entering the contest, and would secure the final spot in the Eastern Conference Playoffs with a win.

Not only did the Blake Griffin–less Pistons beat the Knicks, they trounced them 115-89 on fan appreciation night at MSG. It was a fitting end to a tanking New York season, and the Knicks showed their appreciation to the fans by letting them down one last time.

Let’s take a peek at what went down in tonight’s season finale.

Top Moment: Knox Thanks the Fans

Prior to tip-off, Kevin Knox hit the floor to thank the fans, calling them “the best fans in the world.” Knox promised the team would work hard this summer (in free agency?) and come back next year much improved.

This is the kind of hype content we want to see.

A special message to the fans from the rook ⤵
(@Chase) pic.twitter.com/mzLVRZsc2Z

No Blocks for Mitch

As the Knicks’ season comes to an end, so does Mitchell Robinson’s streak of 29 games with two or more blocks. For the first time since December, Robinson failed to record a block in the game. Although Robinson failed to block a shot, he posted 11 points, with all five of his makes coming on the receiving end of alley-oops.

The Knicks are BAD.

However, Mitchell Robinson is GOOD. pic.twitter.com/GlJkQSmA7o

Thanks for the highlights this year, Mitch! Can’t wait to see you back on the court.

In the losing effort, John Jenkins scored a team-high and season-high 16 points on 6-of-9 shooting. Since joining the Knicks in February, Jenkins has been a solid scoring option off the bench.

After landing a partially guaranteed deal with the team, expect him to be a solid depth player moving forward.

With this victory, the Detroit Pistons return to the NBA Playoffs for the first time since the 2015–16 season.

It was clear from tip-off that the Pistons were hungry, and they showed no signs of slowing down. Luke Kennard posted a team-high 27 points, and Andre Drummond recorded a double-double with 20 points and 18 rebounds.

Since the Orlando Magic defeated the Charlotte Hornets, the Pistons are officially the eighth seed in the Eastern Conference—meaning their first-round playoff matchup will be against the Milwaukee Bucks. Enjoy those extra few games, Piston fans.

Looking ahead, the Knicks are approaching one of the biggest offseasons in recent memory. With the worst record in the league, the Knicks are tied for the best odds to receive the first overall pick in the 2019 NBA Draft and have the cap space to sign two max free agent contracts.

Here’s a brief schedule of dates to keep in mind in the coming months.

Buckle up. The rollercoaster ride that is the NBA offseason is about to begin. 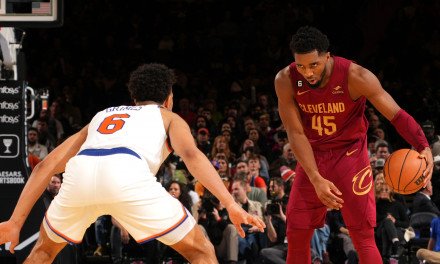