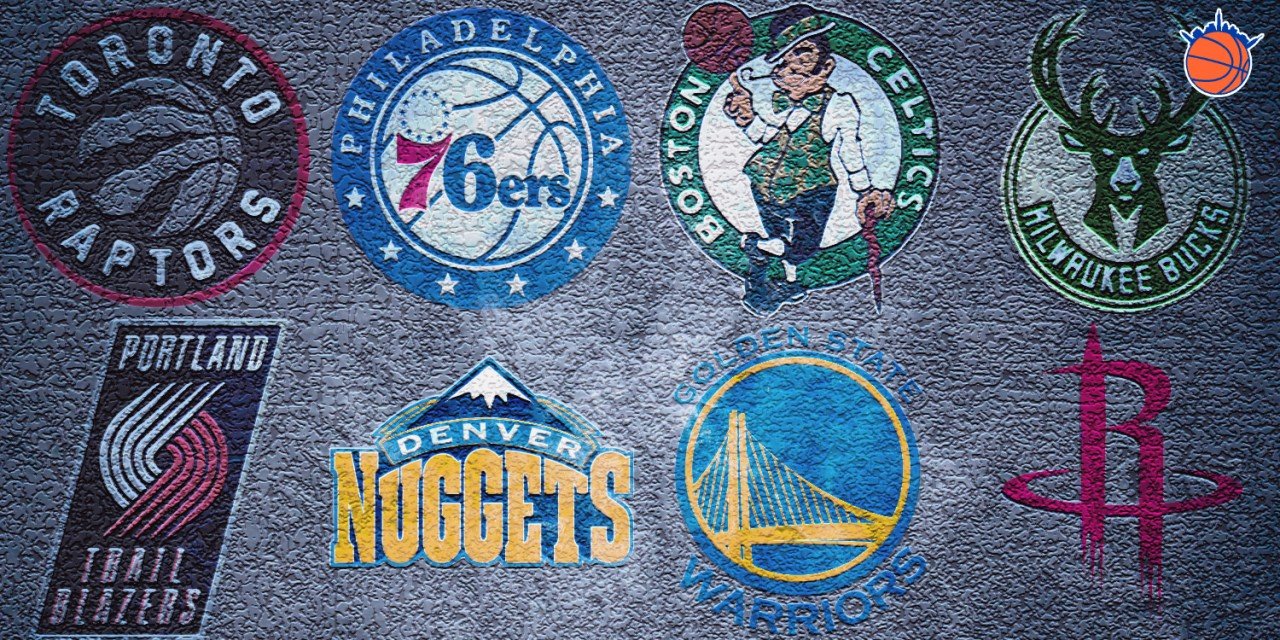 While the Knicks sit out any postseason games for six consecutive years, that doesn’t mean watching the NBA playoffs at home has to be a complete waste of time.

The New York Knicks’ season is over, so the fans who endured a grueling months-long stretch of 82 games can relax and enjoy playoff basketball without a care in the world.

But things don’t need to be that simple. For starters, the Knicks are aiming for a massive free agency to net them a couple of all-star players who are still competing in the postseason. So, if you care to cheer for something that works in the Knicks’ favor, the items below are a good start.

Thing to Cheer For: Kyrie Carrying His Team

The Knicks’ Eastern Conference rival the Boston Celtics swept the Indiana Pacers in the first round of the playoffs, much to my chagrin.

The Celtics have, as a team, underperformed in a peak year for Kyrie Irving. Irving averaged 23.8 points, five rebounds, and 6.9 assists while shooting 40.1% from three and 48.7% from the field overall. He’s as good as he’s ever been, but his team, despite convincing depth, is full of youngsters Irving has doubted can win the chip.

Last year Boston was the second seed in the East and exceeded expectations. So it’s not a stretch to say that finishing with less than 50 wins and a fourth seed berth isn’t something Brad Stevens or Irving are happy about. That said, Irving has been relatively quiet about his teammates’ maturity. But if there’s any time to water those doubts, it’s the postseason.

The best way to build a case in favor of the New York Knicks is to build a case against the Boston Celtics. If the Celtics suffered an embarrassing first-round exit at the hands of the Oladipo-less Pacers, that would have been the ideal scenario. There would be little doubt he’d ditch in favor of a stronger team. It’s also a pipe dream.

But if Irving is forced to take over games and shoulder an unnecessarily heavy load while his young teammates flounder, it could have a similar effect. If Irving proves to be the only consistent player on his squad, no matter how far they get in the eastern conference, it could sew some seeds of contempt among the young club.

Rumors about Kevin Durant signing to the Knicks in free agency can be heard in every NBA podcast and ESPN talk show. If Kyrie is looking for a reliable superstar to team-up with, he need look no farther than the Durant-led Knickerbockers.

Like clockwork, the Golden State Warriors are at the top of the Western Conference as the team to beat once again.

Meanwhile, Houston has returned to form after a very rough start (THAT WAS NOT MELO’S FAULT), an MVP-frontrunning season from Giannis has the Milwaukee Bucks looking like a scary team, and the Toronto Raptors’ additions of Marc Gasol, Danny Green, and some guy named Kawhi, have made them a true contender in a LeBron-less eastern conference.

The Warriors will still probably take the trophy home at the end of it all—but another ring doesn’t guarantee Durant stays. Not for nothing, Knicks fans should be rooting for as much Warriors dysfunction as possible.

Golden State’s regular season was plagued with spicy public spats usually involving Draymond Green and Kevin Durant. Green has always been a vocal, polarizing player. You might remember such hits as:

If there’s anyone who can sow disharmony among the Warriors’ starting lineup it’s Draymond. The rumors of the behind-the-scenes arguments between Green and his teammates might make him the odd man out more than Durant, but it’s been suggested that Golden State’s worship of Steph Curry—even though Durant is possibly the better all-around player—weighs on Durant’s mind.

Green screaming, “They’ll never love you like Steph” in Durant’s face is the kind of shitting the bed the Knicks need to make his New York rumors a reality.

So, for the time being, rooting for Green to alienate his teammates while enjoying the playoffs is a top notch plan while Knicks management sits on its hands.

In postseasons past, former Knicks spread throughout the NBA like a diaspora of emigrating birds, but this season the wealth of NYK Alumni is noticeably low—especially with the first round over.

The two remaining players Knicks fans should cheer for are Iman Shumpert and Jeremy Lin. There’s a soft spot for these ambassadors from the last two “good” Knicks teams. Enes Kanter left the team as his personality and antics became tiresome. I’d recommend rooting for the Denver Nuggets, but since the Portland Trailblazers have been such a fun watch this postseason, let’s just call it a wash for Kanter.

New York may have chosen to let Lin walk in free agency after his breakout year, but Linsanity brought a spark of fun to the franchise in a shortened, short-handed season. Lin has only played two games and totaled 15 minutes this postseason, playing behind both Kyle Lowry and Fred VanVleet. Hopefully matchups give him a chance to really shine going forward.

Shumpert has gone through a rough spell since his last season in New York. His time in Cleveland netted him a championship ring, but a long string of injuries had the former first-round pick on the ropes. The last couple seasons he’s been passed around like a bottle of Hennessy at a frat party. He’s played 38 minutes between both series and only made one field goal that came against the Golden State Warriors.

As a role player designated with the rigid goal of just holding the 2 spot down until James Harden can come back in, there’s little chance for him to make a huge impact. Nevertheless, any minutes he spends deterring the defending champs should be met with pride! (Or shame, when they run up the score on him and his never-recovered defense)

It’s been six years since the New York Knicks made it to the postseason, but that doesn’t mean we can’t join in on the fun. With a delicate offseason in the balance and a couple of notable ex-Knicks in the mix, New York still has a horse or two in the NBA playoff race.