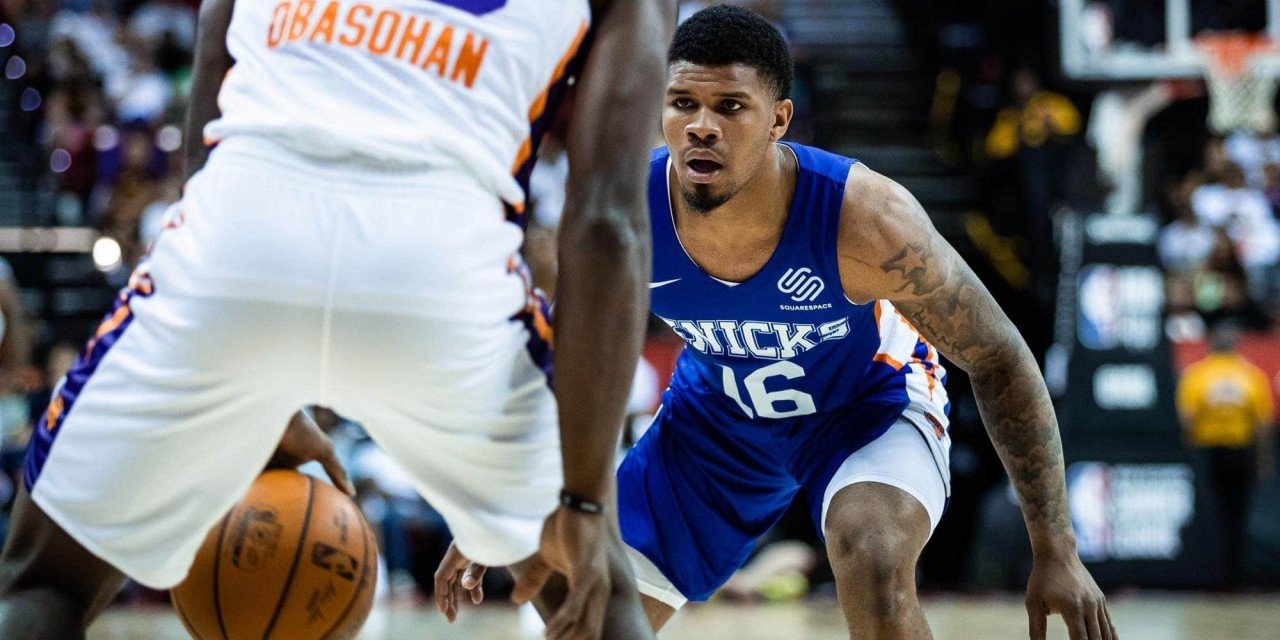 The Knicks are bringing back four former Summer League players to fill out their maximum 20-man training camp roster, announced on Monday.

The New York Knicks announced the addition of four new players on their way to training camp: V.J. King, Amir Hinton, Kenny Wooten, and Lamar Peters. The four all appeared in July’s Las Vegas Summer League for the Knicks in limited minutes and showed enough potential to convince the front office to bring them back for the preseason at least.

Wooten, a forward from Oregon, impressed during his tenure with the Knicks this summer, tallying 2.5 blocks in only 13.3 minutes a game. The thought of a Wooten–Mitchell Robinson defensive backcourt was enough for general manager Scott Perry and team president Steve Mills to take a chance on him.

Hinton was a standout player for Division II school Shaw University, averaging 29.4 points per game and earning the Player of the Year award. King and Peters also saw action this summer and are now in the process of proving they deserve to play in the NBA.

New York currently has a maxed out training camp roster with 20 players. Out of the 20 players selected to join for camp at the end of the month, 15 of those players will join the Knickerbockers once the regular season starts, plus the Knicks have the ability to add a pair of two-way contracts. One interesting thing to keep an eye on is the Knicks’ final roster spot. With guard Kadeem Allen possessing one of the team’s two-way deals, the other spot was previously held by undrafted wing Kris Wilkes, but his contract was voided following questions regarding his health.

Regardless, Wooten, Peters, King, and Hinton are all candidates for New York’s G League affiliate Westchester Knicks, located in White Plains. An invite to training camp could lead to a place on the DubKnicks’ 2019–20 season roster, where in the past the ‘Bockers have promoted G League players for meaningful minutes with the big-league club.

»READ: Offseason Westchester Knicks update: what the team could look like next season