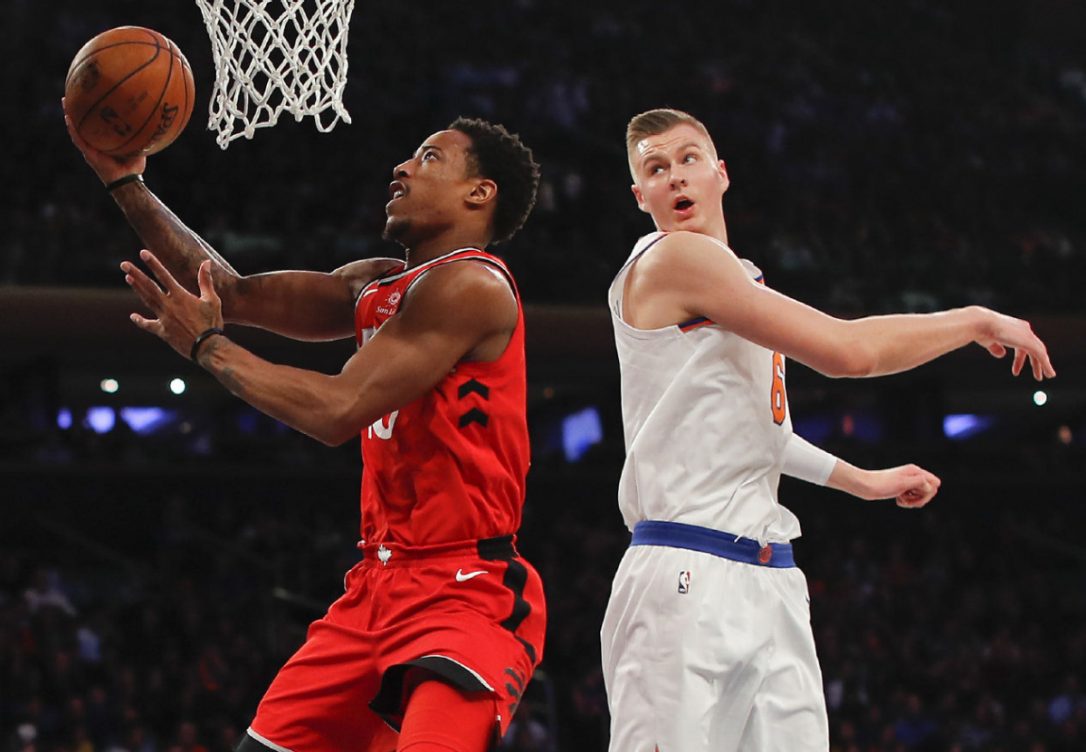 The Knicks had their best quarter ever in outscoring the Raptors 41-10 during the third quarter. Knicks Film School breaks down the defense for us.

It sounds simple: the Knicks were able to contain drives off the pick-and-roll, bump the roll man, and force mid-range or contested shots in preventing the Raptors from scoring for much of the third quarter. They were able to do this because of the players on the floor. With Jonas Valanciunas and Jakob Poeltl running high screens for the Raptors, Enes Kanter (and at the end of the run, Kyle O’Quinn) were able to drop in coverage, not worried about either big man as a deep threat. Weak side help would bump either Valanciunas or Poeltl on the roll, and the Knicks seemed to have everything covered.