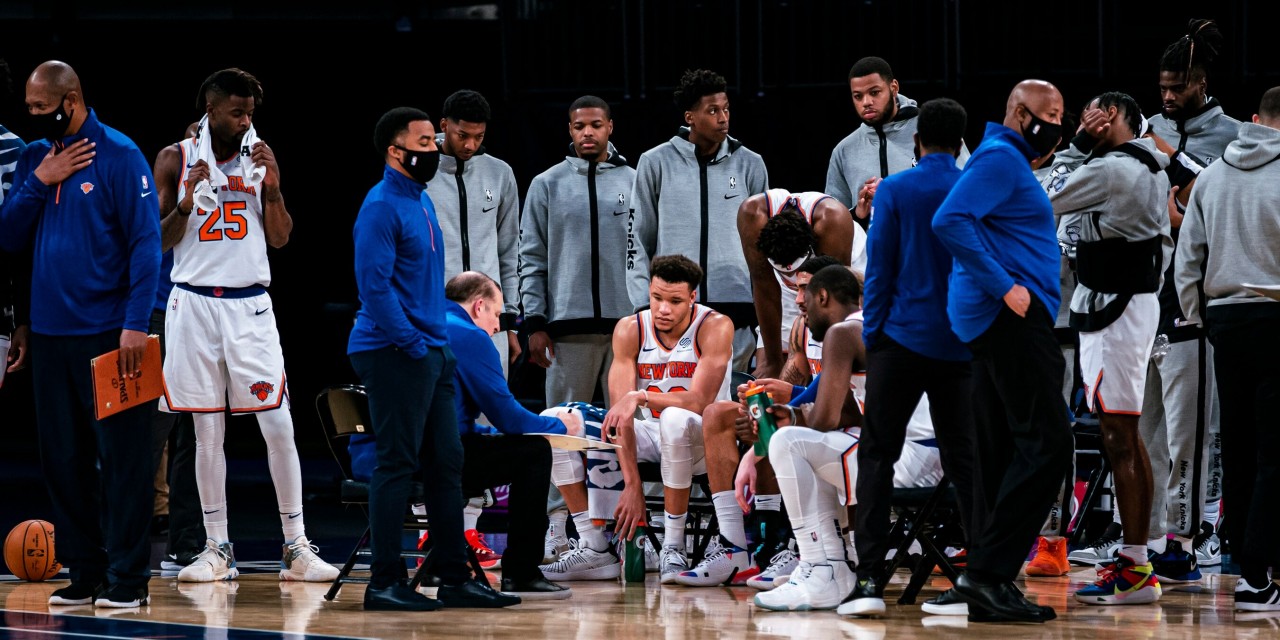 The Knicks waived Michael Kidd-Gilchrist and two others to trim the roster down to 17 players, finalizing the group ahead of the regular season.

The New York Knicks seemingly finalized their roster for the 2020-21 season with a trio of waivers. The team announced Saturday night that Michael Kidd-Gilchrist, Myles Powell, and Bryce Brown had been waived.

Kidd-Gilchrist, an eight-year veteran forward and former Kentucky Wildcat, didn’t appear in any preseason games due to illness. New York signed him in late November. Powell, an undrafted free agent out of Seton Hall, signed with the ‘Bockers the day after Kidd-Gilchrist did. Brown, a former Auburn standout, was signed two days ago. The latter two played in garbage time of the Knicks’ blowout victory in their preseason finale.

The NBA has increased the active roster for games to 15 as a measure to help teams deal with any COVID-19-related situations. In past seasons, only 13 players could suit up for games. Harper and Pinson will likely spend most of the season in the G League bubble in Atlanta competing with the Westchester Knicks.

Brazdeikis and Spellman seemed to be likely candidates to get waived. The new Knicks regime has a soft spot for players that played at Kentucky and/or are a client of CAA. Neither young forward fits the criteria and scarcely played in the preseason while Kidd-Gilchrist, in spite of preseason minutes, fit the bill on both accounts.

New York’s roster, which features eight newcomers, is again one of the youngest in the league. Their oldest players are 29-year-olds Burks and Bullock.

After finishing the preseason with a 3-1 record, the Knicks’ regular season begins with a road game against the Indiana Pacers on Wednesday.