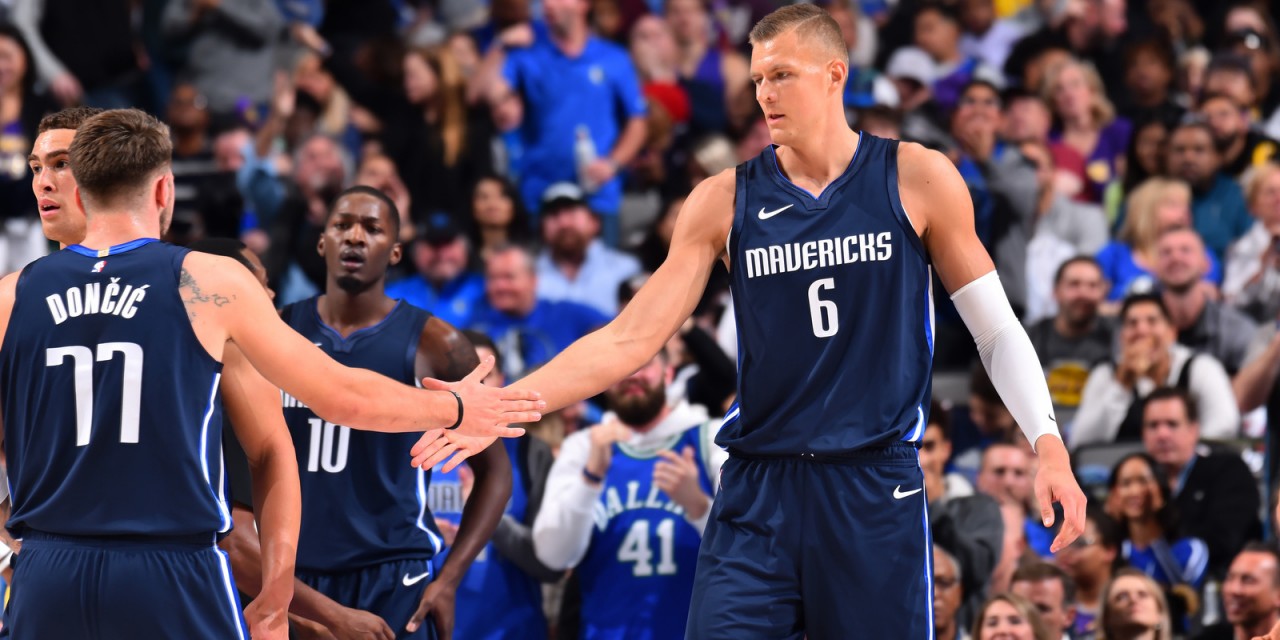 The time has come for the Knicks to face their demon in formerly beloved star Kristaps Porzingis, who they traded last January to the Mavs.

The Knicks will conclude their two-game road trip Friday night when they face the Dallas Mavericks. Tip-off is slated at 8:30 p.m. ET.

The Mavericks, 5-2, are tied for the second seed in the Western Conference, while the Knicks seek their second victory of the season and an escape from 15th place in the Eastern Conference.

Dallas is led by Luka Doncic, a 20-year-old budding superstar. Last year’s Rookie of the Year has started this season scorching hot, averaging 26.7 points, 9.9 rebounds, 9.1 assists on 46.6% from the field and 32.8% on three-pointers through seven games.

The Mavs have been an offensive juggernaut so far this season, ranking sixth in points per game (at 115.3, tied with Washington) and three-pointers made per game (at 13.7). They rank 13th in the NBA in three-point percentage at 35.4%. They are coached by Rick Carlisle, who’s in his 12th season at the helm.

The Mavericks and Knicks played twice last year with each team winning in the other’s home. The teams made a blockbuster trade in the middle of last season which sent Porzingis, Hardaway, and Lee to Dallas and Dennis Smith Jr. (among other assets) to New York.

Mitchell Robinson has been ruled out for Friday’s contest due to a concussion suffered in the Knicks’ last game. He took an elbow to the head while going for a loose ball early in the first quarter and decided to remain in the game but was subbed out minutes later and didn’t return.

Mitchell Robinson suffered a concussion in last night’s game at Detroit. He will continue to be evaluated and has been ruled out for tomorrow’s game at Dallas.

David Fizdale hasn’t named anyone in his place yet but is considering starting Julius Randle at center, per Mike Vorkunov of The Athletic.

After missing the last four games due to the death of a family member, Dennis Smith Jr. will travel to Dallas to rejoin the team. The New York Daily News‘ Stefan Bondy said he could be back in action Sunday against the Cleveland Cavaliers.

The Knicks will face Kristaps Porzingis for the first time since trading him to Dallas this past January. Porzingis played three seasons for the Knicks, averaging 17.8 points, 7.1 rebounds, and 2.0 blocks per game and being named an All-Star in his third year.

Porzingis was a ray of light for Knicks fans in a confusing and dark time in the franchise’s history. He loved New York, but never fully trusted the Knicks front office. He skipped his exit meeting in 2017 after a drama-laden season and demanded a trade two years later. Knicks president Steve Mills said he even threatened to go back to Europe if the front office didn’t comply.

A report from SNY’s Ian Begley that came out Thursday said that Porzingis was on board with staying with the Knicks just weeks before the deal.

According to some around the team, Porzingis remained fully committed to staying in New York in the weeks prior to the trade. It’s unclear what, specifically, changed in January that led him to alter his thinking.

Despite his issues with New York’s front office, Porzingis says he still loves their fans. He acknowledged that his exodus from New York wasn’t pretty.

.@kporzee speaks on his split with the Knicks and says he has nothing but love for the fans pic.twitter.com/eJ0hpngkIc

Porzingis will have plenty of attention on him as he faces his former team for the first time. Among those watching Porzingis is R.J. Barrett, who said he wants to put the Latvian big man on a poster.

»READ: The Kristaps Porzingis trade was never Plan A — but what’s Plan B?