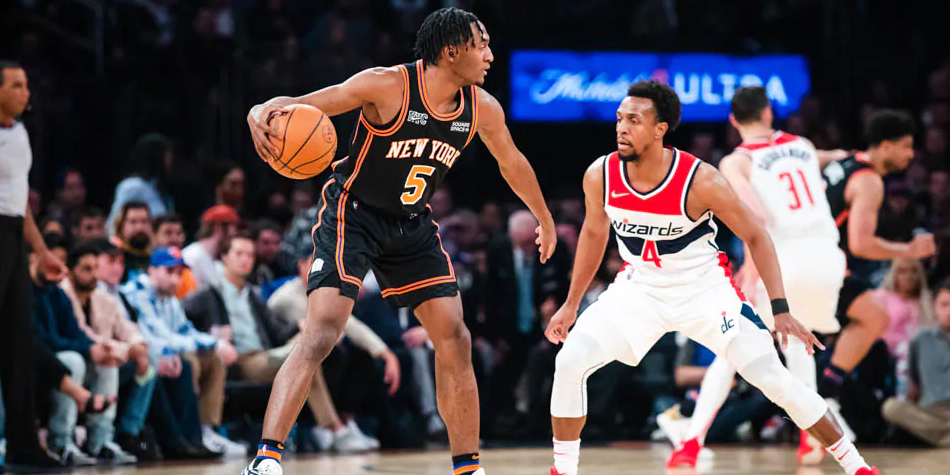 The Knicks’ youth will be on display on Friday night as the Knicks visit the Wizards in D.C. to determine 11th place in the Eastern Conference.

The New York Knicks (35-45) will be arriving in the nation’s capital for a Friday night contest against the Washington Wizards (35-45). Both squads have been mathematically eliminated from both playoff and play-in contention, so the winner will be leaving the court with nothing more than worse draft lottery positioning.

The Knicks are coming off a loss at home on Wednesday night against the Nets that was defined by a day and nightmare effort from the ‘Bockers in the first and second halves that led to yet another heartbreaking loss to Brooklyn. It completed a series sweep for the Nets, who were in must-win mode for the last two quarters of the game.

That all being said, a game is a game, and there will be some storylines to keep an eye out for as things tip off at 7 pm ET on MSG Network and NBC Sports Washington.

You’ve heard of the ‘Blockness Monster,’ now get ready for ‘Sims City.’

While the result from Wednesday night’s game was less than stellar for the Knicks and the young guns who played most of the way through, one neophyte stuck out with a solid performance in relief of starting center Mitchell Robinson: Jericho Sims.

Firstly, he held his own against the likes of veteran center Andre Drummond and the young and agile forward in Nic Claxton. Secondly, his offense showed flashes of reliability with a few highlight-worthy put-backs and alley-oops. Sims had the first double-double of the season, and of his career, on Wednesday, which came after Immanuel Quickley became the second-youngest Knick to record a triple-double. The youth movement is alive and well, and we’ll see if Sims can continue to push the agenda forward alongside Quickley and Obi Toppin.

It’s becoming increasingly obvious that, even with there being no shot at a play-in or playoff spot for New York, coach Tom Thibodeau will keep rolling out Alec Burks as the starting point guard over Quickley. Burks played 38 minutes in Wednesday’s loss compared to 26 from Quickley, but he was able to put together a fairly good performance with 24 points compared to Quickley’s six. But, the sophomore guard had four more assists than the veteran Burks, and he was coming off a triple-double in a blowout victory against the Orlando Magic.

Thibs has said time and time again that he trusts Burks for his size, defense, and three-point shooting to start over someone like Quickley. But, it would simply be more fun to see Quickley close out this regular season with some highlight passes to the likes of Toppin, who he has great floor chemistry with, and with work alongside RJ Barrett, who seems to be growing into his role as the main option on offense for New York with Julius Randle out for the remainder of the season.

Speaking of RJ, look for a bounce-back game from him after a less than stellar outing against Brooklyn.

Barrett looked to be in control of the Knicks’ Wednesday night battle against the Nets at the Garden—he had scored 16 points, grabbed six boards, and had six assists in what looked to be shaping up to be the first triple-double performance of his career.

Unfortunately, he along with the rest of New York withered away in the second half, and he wound up shooting just 7-of-27 from the field after an impressive start. But, if anyone has fought through tough games on this team, it has been the third-year star. Barrett will likely not let it get to him, especially given that he’s going to be relied on fairly heavily given the number of injuries expected to sideline several Knicks players for the Friday matchup.

For the Wizards, Kyle Kuzma (right knee tendinitis) and Kristaps Porzingis (knee) have been ruled out for the game. Vernon Carey Jr. (hip) will be available.

The Knicks Wall’s exclusive partnership with PrizePicks presents the picks of the night. Tonight, we’re picking “over” on RJ Barrett’s projected 25.5 points in D.C. For the Wizards, we’re going with “under” for Deni Avdija’s projected combined 25.5 points, rebounds, and assists. 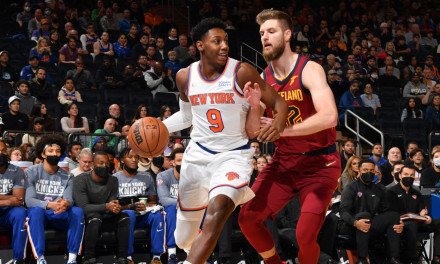