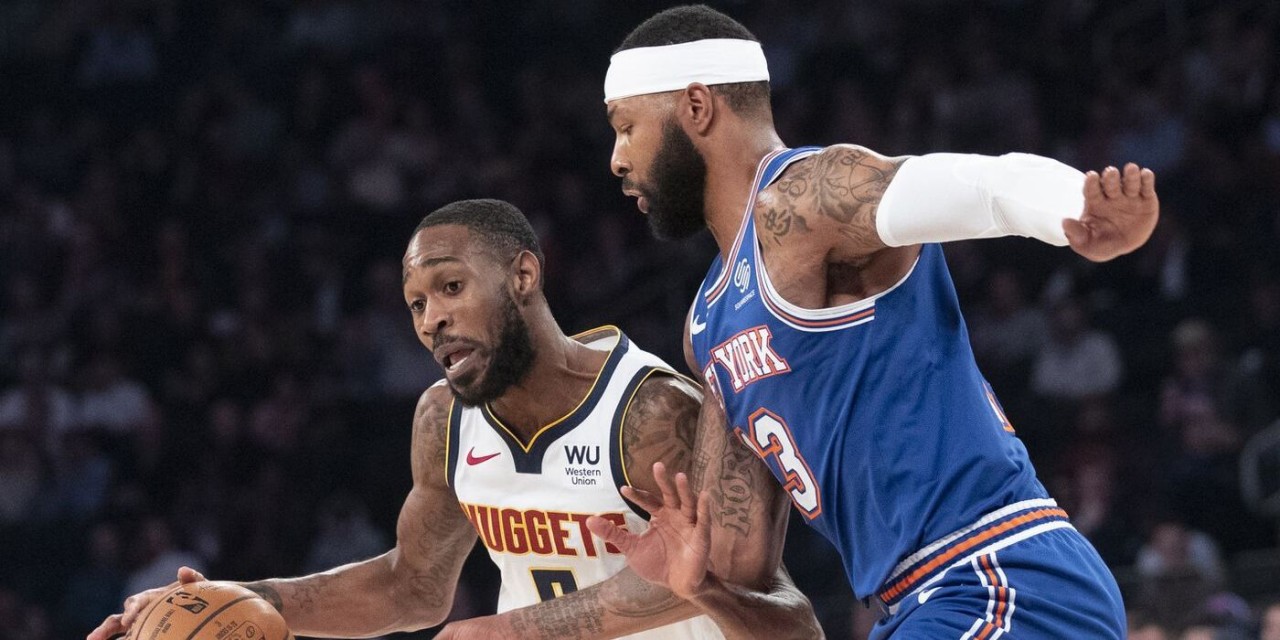 Last time the Knicks faced the Nuggets, they lost in a home blowout that cost David Fizdale his job. This time they’re in Denver to end a road trip.

The New York Knicks (6–20) last faced the Denver Nuggets at home 10 days ago in what turned out to be David Fizdale’s final game as head coach. Since then, however, the team has gone 2-2 under interim coach Mike Miller, including back-to-back road wins over the Golden State Warriors and Sacramento Kings, and they have a chance to break even on a four-game west coast swing before heading home again for a brief respite.

The Nuggets are powered by All-Star Serbian center Nikola Jokic, who hasn’t exactly been his self this season, despite averaging 16.7 points, 10.2 rebounds, and 6.5 assists per game while shooting 48.2% from the field and just 25.5% from downtown. Head coach Mike Malone’s team is foremost concerned with defense; the Nuggets have the second-best defensive efficiency in the NBA while their offense this year has been pedestrian.

Last time the ‘Bockers matched up with the Nuggets, Denver had clear, open looks from three-point range throughout the course of the game, leading to 21 triples on 53.8% shooting and New York’s eighth straight defeat.

The Knicks and Nuggets tip-off in the Mile High City at 8:00 p.m. ET on Sunday night.

Following a stretch of terrible fouling and ineffective play, second-year center Mitchell Robinson has picked up the pace, getting called on fewer personals and making his presence felt on offense as the Knicks gradually spread the court better under Miller and look for the seven-footer at the rim. The Knicks have improved at utilizing Robinson’s verticality as an omnipresent lob threat on the alley-oop, with veteran point guard Elfrid Payton, back from a hamstring injury and getting more and more minutes, doing an especially wonderful job orchestrating New York’s offense.

The 21-year-old Robinson, who appeared to be taking a step back during this gloomy Knicks season, has only been averaging 1.8 fouls per game in the last five contests, getting to notch more playing time in than span with 27.5 minutes a game (per Basketball-Reference). Robinson is simply an impact player on both sides of the floor for the Knicks, so whatever Miller is whispering seems to be resonating with the sophomore big man.

Additionally, Robinson contributed 17 points, seven rebounds, and two steals against the Nuggets last time the two teams competed (despite New York’s all-around incompetence in that contest). He should be a difference maker again on Sunday.

Should Elfrid Payton Move to the Starting Lineup?

As previously mentioned, Payton has been very effective since his increased workload returning from a hamstring injury, which sidelined him for the better part of six weeks. The injury bug has evidently followed the Louisiana-Lafayette product everywhere he has been in his six-year NBA tenure, but given the current Knicks point-guard situation—Dennis Smith Jr. is outright unplayable right now; Frank Ntilikina can’t score and didn’t even register an assist against the Kings—it’s fair to wonder whether Payton deserves the starting nod or not.

Ntilikina sets the tone early for the Knicks, although occasionally it’s not a positive tone since the deflective French guard will easily dump off the ball once he passes the halfcourt (and once passing behind the halfcourt line for a backcourt violation). Payton has been much more aggressive than the third-year former Knicks lottery pick, but that could be explained by his propensity to play alongside their bench unit, which is predisposed to improved spacing a shooting (think: not having Marcus Morris, Julius Randle, and Taj Gibson sharing the court at the same time and more Kevin Knox, Damyean Dotson, and Robinson implicitly possessing spacial awareness).

Either way, more minutes for Payton looks like the recipe for success for Miller’s Knicks. He scored 16 points and dished out four assists in the win in Sactown on Wednesday, playing 27 minutes off the pine.