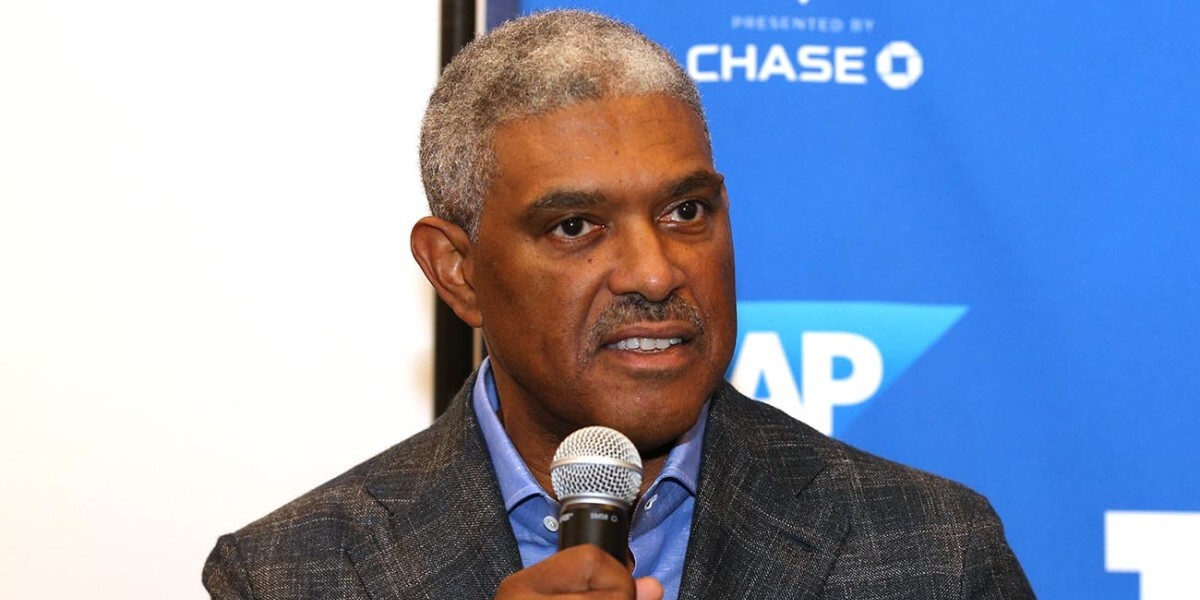 Steve Mills is gone as the Knicks regroup just before the trade deadline on Thursday. GM Scott Perry will be in charge in the meantime.

General manager Scott Perry will reportedly be taking control of the team, per The Athletic’s Shams Charania.

Wojnarowski also reported that owner Jim Dolan is targeting Masai Ujiri, the current president of the reigning champion Toronto Raptors. Ujiri, a former Executive of the Year winner with the Denver Nuggets, has been immensely coveted by the Knicks owner to lead the franchise; however, Ujiri is still under contract with the Raptors and would likely require compensation to pull him away.

Mills started working for the Knicks in 2000 before leaving in 2009 to work in business. He later rejoined New York in 2013 as the general manager, serving under Phil Jackson. Mills was appointed to team president when Jackson was fired in 2017 and led the hire of current GM, and now main decision-maker for the Knicks’ front office, Scott Perry. Mills and Perry hired head coach David Fizdale in May 2018 only to dismiss the second-year coach a quarter through the current season.

The Knicks will now head into the trade deadline with multiple deals up in the air, including interest in veteran forwards Julius Randle and Marcus Morris and a potentially blockbuster move for one-time All-Star guard D’Angelo Russell of the Golden State Warriors.

Wojnarowski is reporting the Knicks are hesitant to send draft compensation for Toronto’s Ujiri and that there is another candidate in mind, with the successor “process” moving fast.

Dolan has already had converations with one possible candidate, sources tell ESPN. The process for a successor is likely moving faster than the time needed to wait on an Ujiri courtship. https://t.co/9oFeARMvFY

New York has released a statement, thanking Mills for his time with the organization and looking “forward to to continuing” a relationship between executive chairman Dolan and the now-former executive.

Wojnarowski reports that Marcus Morris will be available in trade talks and previously Mills led the organization in disregarding the veteran forward, who is an expiring contract.

Just yesterday, Steve Mills was on the phone trying to negotiate trades for the Knicks, including a pursuit for Golden State's D'Angelo Russell, league sources tell ESPN. Ownership pushed to change course on plans to forgo trade talks for Marcus Morris, too. He's available now.

SNY’s Ian Begley is reporting the Knicks targeting sports and entertainment agency CAA’s Austin Brown as a candidate for the team’s president vacancy, confirming a simultaneous report from ESPN’s Adrian Wojnarowski and Ramona Shelburn that New York could follow suit with the Golden State Warriors and Los Angeles Lakers on the agent-executive hire model.

ESPN Sources with @ramonashelburne: Knicks owner Jim Dolan is already considering a front office model that is working with Golden State (Bob Myers) and the Lakers (Rob Pelinka): Hiring a top basketball executive out of the player agent ranks.

This story is breaking and will be updated…