Knicks’ Five Year Outlook: Can New York Compete in the Eastern Conference in the Near Future? 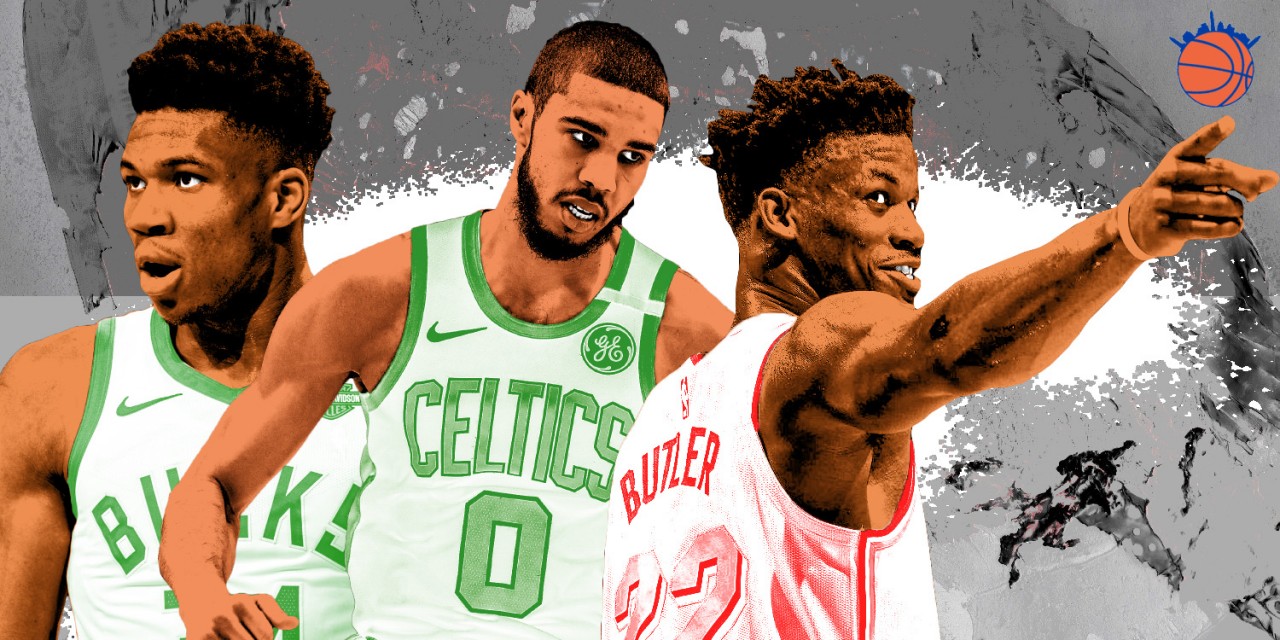 With the top half of the East strong, the Knicks have a lot to do to find themselves in the mix for contention sooner rather than later.

The New York Knicks have had an eventful last six months, even without competing on the court for a vast majority of that time.

All of these hires, especially Thibodeau, are efforts to change the culture and finally turn around a woeful Knicks franchise that has been abysmal for the better part of 20 years.

Thibs is known for his defensive minded, hard-nosed, demanding approach to coaching, which could benefit a team that has had major issues guarding in recent memory.

If the Knicks want to be remotely successful, it must start on the defensive end, and the players have to buy what Thibs is selling. It will be pretty evident early on whether the team is really all in on Thibs’ philosophy, or whether his messages go in one ear and out the other. The results might not be there, given the Knicks’ overall lack of elite talent compare, to others, but it is imperative that the effort and will to bust their butts for 48 minutes is obvious.

Given the fact that Tom Thibodeau demands so much and is the only Knicks coach in recent memory with a semblance of playoff pedigree as the lead man, one would think guys would leave it all out on the floor for their leader.

While all of these hires are encouraging and seem like smart moves, none of this will matter unless the new staff is able to do three things:

a) Develop and maximize the young talent on the roster, particularly R.J. Barrett, Mitchell Robinson, and Kevin Knox, among others.

If these guys don’t get better and aren’t coached to be the best they can be, expect many more 15-20 win seasons in the near future.

b) Make intelligent acquisitions in the offseason and through trades and the draft.

The Knicks are in desperate need of pieces. Who they choose to spend money and draft picks on will be a huge part of the Knicks’ chances of success.

c) Convince one or two superstars to play New York.

It’s a star-driven league. Very rarely do we see contending teams break through without some sort of star player. It’s time for the Knicks to stop striking out in free agency and go get the big fish who could put them over the top.

If the Knicks are able to do all three of those things, at least pretty well, they should be in the mix in the near future. Easier said than done, however.

This year’s free agency and draft will be very important in spring-boarding the Thibs and Rose era in a positive direction.

Sure, there are no superstars there for the taking, but this is the chance for the Knicks to get some quality pieces.

Joe Harris, Fred VanVleet, and Davis Bertans immediately come to mind, given that the Knicks are in dire need of shooting and leadership. These guys could also work wonders with floor spacing to help Robinson and Barrett get easier looks, gain confidence, and become better NBA players.

In terms of the draft, I don’t believe the Knicks can really afford to whiff on another lottery pick. Two of the last three lottery selections, Knox and Frank Ntilikina, have been rapidly trending toward busts. Could you imagine how much better the Knicks would be if those picks were guys like Shai Gilgeous-Alexander, Donovan Mitchell, or Bam Adebayo? This stuff matters.

I know the draft is something of a crapshoot. It’s not easy finding the next All-Star, but it will be important for the Knicks to nail this selection and get someone who can contribute in the scoring and defensive department.

We all remember a few years back when the only Eastern Conference team that was a legitimate threat to win the NBA Finals was the Cleveland Cavaliers. In present times this is not the case.

The landscape of the Eastern Conference will be a huge factor in determining whether the Knicks could be contenders within the next half-decade.

As of now, there are four, maybe even five Eastern Conference teams that currently have a chance of at least getting to, if not winning an NBA championship: the Bucks, Celtics, Nets, Raptors, and Heat.

Bucks: The Bucks’ staying power in the East over the next five seasons is contingent on two things:

If the Bucks fail to give the Greek Freak the help he needs and he wants out, it’s hard to envision the Bucks being viable in the East, with Milwaukee not being a prime free-agent destination. This could also be an opportunity for the Knicks to secure an incredible player, if Antetokounmpo ever becomes available.

Celtics: As much as I hate to say it, the Celtics are here to stay, and are likely the best Eastern Conference team positioned for long-term success. Jayson Tatum is a superstar in the making, and Jaylen Brown and Marcus Smart are terrific two-way threats. It is important to note that none of those three aforementioned players are older than 26.

With veteran Kemba Walker, that makes four guys that can give you 20 on any given night. With Brad Stevens at the helm, it will be hard to out-coach Boston.

Also, the Celtics, whether they win the title this year or not, are experienced for a young team, and are gaining even more this year.

Raptors: Nick Nurse (who just inked to a multi-year extension) seems to be a top-five NBA coach who is only getting better.

Toronto already has a title and a ton of smart players who know how to win. The one thing with the Raptors is that they don’t have a superstar, and Pascal Siakam doesn’t project to be one for me. If they can continue to find gems in the undrafted pool, make great draft picks, and keep a strong core together, this team will be a force in the near future.

Nets: So many people forget about the Nets as a threat because Kevin Durant and Kyrie Irving were essentially out the entire year with injuries.

Durant is one of the greatest scorers of all time and is hungry to prove people wrong who ripped him for leaving a winning Warriors franchise. Irving, who has taken a ton of criticism saying he is a bad teammate, will be motivated and juiced to play with Durant.

It is important to note, however, that KD is 32 years old and injury-prone, and Kyrie is fragile as well, which could limit their window.

Health aside, this team could win multiple titles in the next five years, although I don’t think they have the longevity of the Celtics.

Heat: A few months ago, people would’ve thought I was crazy for even mentioning the Heat in the same breath as these other four teams.

Jimmy Butler has been incredibly clutch and tough, leading this team of misfits on a tear through the 2020 playoffs. Erik Spoelstra is a great, championship-level coach, and they have unearthed excellent young players in Tyler Herro, Bam Adebayo, and Duncan Robinson.

Pat Riley has also added savvy vets like Jae Crowder, Andre Igoudala, and Goran Dragic to form a deep and well-rounded roster. They might be on the outside looking in, as they don’t have as much talent as these other teams, but watch out for the Miami Heat in the near future.

The Knicks’ path to success will likely have to run through these tough teams, which is why every move the organization makes has to be calculated and smart.

If New York is looking to turn their misfortunes around, they must stress player development and talent evaluation, and of course, make sure they have the right people making the decisions from the top down.

Realistically, nobody really knows where the Knicks will be in five years. The franchise has not given fans any reason to think they will be good, but there is a blueprint for sustained success. It’s up to the Knicks’ brass and players to step up and lift this team back to prominence.