Knicks’ Fourth Quarter Struggles Are a Reflection of Roster’s Flaws 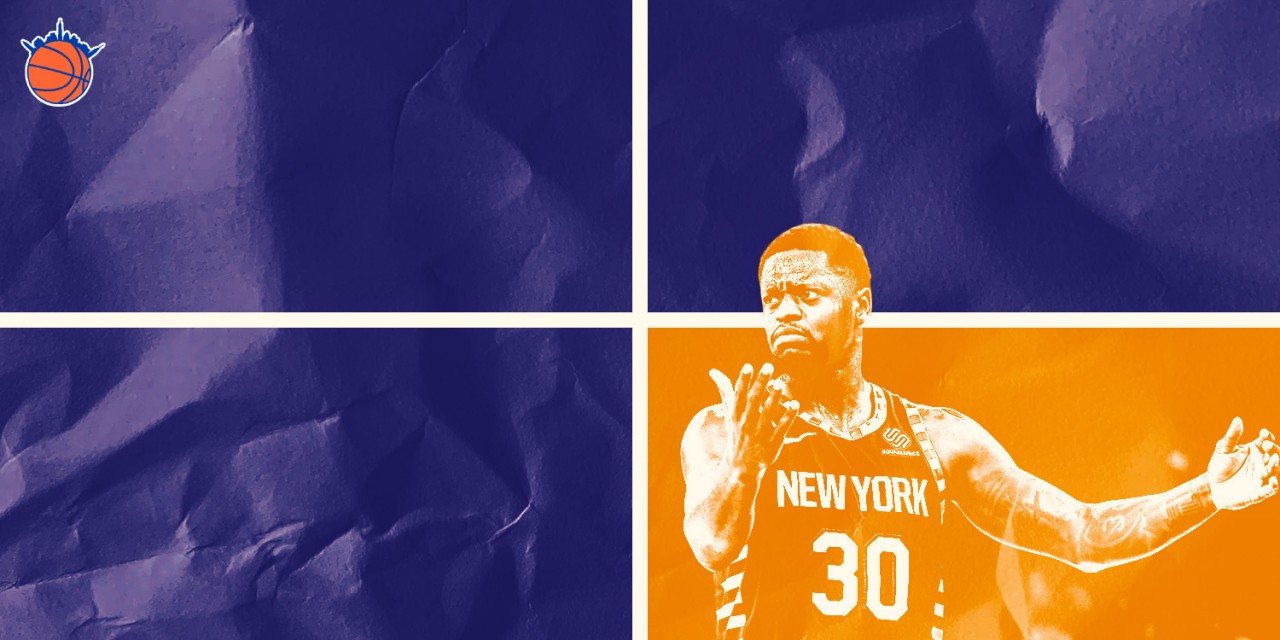 The limitations to the Knicks’ roster have been known since the past summer, and the impossibly torturous fourth quarters are the fruits of labor.

If I asked you to write a list of problems plaguing this iteration of the Knicks, that list would probably rival a CVS receipt in length. At the top of the list should be fourth quarter scoring, or lack thereof.

It’s not a grand realization that a main reason a team is 5-20 team is their inability to close games. But it is a great summary as to why they reside at the bottom of the league.

These poor performances have cost them more games than you would expect. Of their 20 losses, 10 were winnable games. In five of those games they held a lead or were tied heading into the fourth. Another five were decided by one possession, including three buzzer beaters. Better execution in these games and maybe David Fizdale still has a job.

The job of correcting these late-game woes now falls to interim head coach Mike Miller. Fizdale left with the bar exceptionally low, allowing Miller to shine if he can tweak these major flaws.

This has been an evergreen issue with the Knicks for as long as I’ve drawn breath: there is no true point guard. The last time the Knicks did had decent guard play (2008–13 with Chris Duhon, Raymond Felton, Jason Kidd, and Pablo Prigioni) they were watchable and won games.

Frank Ntilikina has done well this season, but he is not a true floor general, averaging 3.2 assists. Dennis Smith Jr. hasn’t been able to properly get a look because of his poor shooting. R.J. Barrett is capable of initiating the offense for stretches, but we have plenty of evidence this season to prove he is not a full-time table setter.

Elfrid Payton is the closest to what the Knicks need, as evidenced by the strong fourth-quarter play against the Pacers, and he could be the short-term solution. Without someone setting up the offense, guys are left to create for themselves.

That has led to ugly possessions, usually ending with a contested shot like this:

Another tough shot by Morris to pull the Knicks closer. He leads the way with 25. pic.twitter.com/EJJQRwxqJE

Solution: Play Elfrid during crucial stretches or offensive possessions, even if it’s alongside Ntilikina. Payton has a better feel for getting everyone involved and is more confident in what he can and cannot do.

Under Fizdale the team did not exactly follow an established system. Last season Fizdale went with a schoolyard approach, tossing the ball out there and letting the guys figure it out. In his final 23 games as coach he never really deviated from that, implementing an iso-reliant offense with Julius Randle and Marcus Morris as the pillars. Bully ball was said to be back. Instead, it’s the Knicks who get bullied.

The offense has been weak overall—their 101.8 Offensive Rating (ORtg) is the worst in the league—and is just as bad in the fourth quarter. Their assist-to-turnover ratio is 1.18, 26th in the league, and their effective field goal percentage is 48.0, worst in the league (all in the finale frame).

These numbers are a result of a system not embracing its current personnel. Isolation ball works when you have star scorers capable of creating their own shot. In case you hadn’t noticed, the Knicks are devoid of star scorers; they have only one true isolation scorer, Allonzo Trier, who hasn’t seen the floor consistently, if at all.

Randle has been thrust into a lead role for which his game is not tailored. He is averaging 3.7 points on 41.0% shooting in the final quarter. On isolations in particular he is abhorrent: from Chris Herring’s piece for FiveThirtyEight, no one turns the ball over more or scores less frequently in isolation than Randle.

The explanation for such poor numbers are simple: Randle can’t shoot. He is shooting 26.1% from three, a career-low, which has turned him into a rim runner who can knock down a mid-range jumper. Not exactly the recipe for success.

Marcus Morris is the closest thing the team has to a closer thanks to his superb three-point marksmanship. He has simply been unconscious from deep overall—Morris has the third-best three-point percentage in the league but has shot even better in the fourth, hitting on 52.6% of his three-point attempts.

Inside the arc it’s a completely different story. Morris is shooting 51.3% in the restricted area and 43.1% from the midrange, making him three-point reliant. This would be a positive if he wasn’t being asked to carry the offense instead of simply spacing the floor.

After Randle and Morris there is nothing. Barrett has been nonexistent in the fourth, averaging 2.8 points on 33.9% shooting, including a horrific 28.6% from three. Any other capable scorer—Wayne Ellington, Kevin Knox, Smith, Trier—has either not been on the floor or ice cold shooting.

The lack of movement and poor shooting has had a bad effect on Barrett, who is now in a spacing situation similar to what he had last year at Duke. He doesn’t have the size advantage to overpower his opponent anymore, shooting 34.1% on drives.

Barrett’s struggles aren’t the only concern. Mitchell Robinson, the other young player the team should be all in on developing, has barely seen the court late due to foul trouble or poor lineup changes. And when Robinson is in late, Randle’s there too, which creates a traffic jam in the lane stopping Robinson from doing what he does best: rim run.

Solution: Join the rest of the league in the modern NBA—play Robinson and Randle at different times with shooters surrounding each big.

Perhaps the most inexcusable of Fizdale’s follies was his poor lineup decisions. Too often would he ride with veterans over his young guys. The most damning example came in the Hornets game, when Fizdale ignored a strong closing stretch by Barrett to draw a play for Randle late, subbing Ellington in for the rookie in a disastrous final play.

The lineup of Robinson, Randle, Morris, Barrett, and Ntilikina has logged the most fourth-quarter minutes thus far. That group has an ORtg of 80.0 and a snail-like pace of 95.06, a product of playing two rim runners and two subpar shooters.

Solution: Split up Randle and Robinson. Miller did a nice job of this in his first game. In the brief stretch he plated Morris at the 4 with Robinson, the Knicks went on a 7-0 run.

Look at how open the paint is when Robinson is surrounded by shooters.

Look at all that room Mitch has when Randle is off the floor!! pic.twitter.com/2x23MRJMqa

The same goes for Randle: surround him with shooters and allow him to crash to the rim, where he is at his best.

There really is no fix to this, but all the problems discussed flow into it: shots are just not falling. The Knicks are last in field goal percentage and free throw percentage. Barrett and Randle get to the line the most and both have been porous, shooting 54.6% and 66.4%, respectively. Once again Morris has been the oasis, shooting 85.4% from the line.

Solution: The best possible solution is creating easier opportunities. This ties in with having a true table setting guard, and/or a system that creates open looks.

Miller definitely has his work cut out for him. Though he’s off to a good start correcting these issues, he can only do so much. The onus is on the front office to put a group together that complements each other.