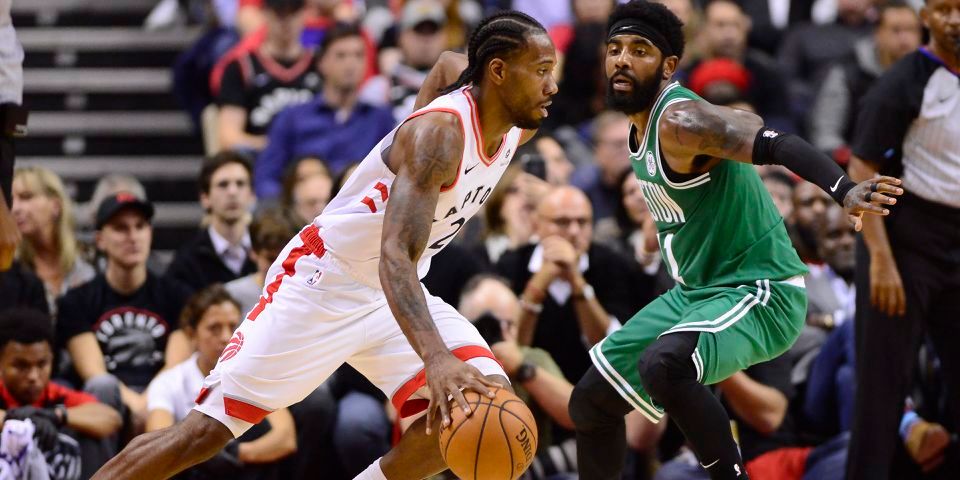 Despite the championship-less Toronto Raptors taking a surprising 2-1 NBA Finals lead over reigning champs Golden State, the New York Knicks were in basketball headlines on Thursday for a mixture of troublesome and hopeful reasons.

The move was noteworthy not due to the players involved but because Brooklyn has made it clear it intends to be a factor in this summer’s free agency. Long before the 2018–19 season, the Knicks had declared July to be a target date in mind for their rebuild; acquiring one or two max-level free agents has ostensibly been the plan before the season and further elevated when salary cap space was created in the January Kristaps Porzingis trade with Dallas.

One of the two primary free agents, Kyrie Irving, may be off the board for the ‘Bockers, however. Following the Nets dumping Allen Crabbe’s bloated contract to Atlanta by attaching their first-round pick, Irving could be swayed to sign with this past season’s sixth seed in the East. While most of the league believes restricted free agent D’Angelo Russell is still a priority for the Nets to re-sign, Thursday’s trade creates space for the intrigued Irving to land in Brooklyn. Additionally, as was speculated in the past, Irving could tag an All-Star friend like Kevin Durant—New York’s burning free-agent target from Golden State—to join the Boston Celtic in defecting to the Nets.

It’s a scary thought for Knicks devotees who’ve had to contemplate the state of the team following Porzingis’ unceremonious departure plus retrospective reports that indicated the souring relationship between New York’s management and the team’s former-budding star. After New York convincing itself the cap flexibility garnered in the Porzingis trade—by dumping Tim Hardaway Jr.’s contract to the Mavericks, who’s owed roughly $37 million for the remaining two years—was one of the highlights of the deal, the Nets now stand as at the very least a possible destination due to the immense amount of salary they can offer to high-end free agents.

Wojnarowski reported Irving and the Nets have a “strong mutual interest”:

ESPN also added the Knicks are “pursuing the same partnership,” that being the aforementioned dream scenario of Durant and Irving on the same squad.

Regardless of Thursday’s flurry of rumors and moves—not to mention an NBA franchise banning a minority owner from the team’s games and activities for one year—nothing is set in stone. Irving has interest in both the Nets and Knicks and even set social media on fire after he was spotted purchasing an Upper East Side apartment and making conversation with a New Jersey neighbor who remembered the All-NBA player as a kid.

This is not a drill. Kyrie Irving just spotted in New York walking into a townhouse on 72nd St between 2nd and 3rd wearing his biggest smile of the past year pic.twitter.com/c110JPjyfx

In other news, Steve Popper of Newsday first reported the Knicks’ strong desire to pursue Toronto Raptors forward Kawhi Leonard. While Durant’s interest in the Knicks remains, to the team, optimistic, Leonard’s case is slightly more enigmatic. Currently playing in the Finals, the former Spur is expected to receive a call from New York brass as soon as free agency begins—that is 6 p.m. ET on June 30th, a recently updated start to the offseason activities.

The New York Post‘s Marc Berman later confirmed the Knicks’ interest in the former Finals MVP, also adding the team is expecting to schedule a meeting with Leonard, too. Berman added that a pair of All-Stars in Durant and Leonard coming to the Knicks is on the table, despite Leonard’s anticipated-larger contract than Irving’s; but the Knicks intend to make the pairing happen one way or another (most likely via renouncing rights to players like Damyean Dotson, Lance Thomas, and Allonzo Trier).

“[The tandem of Durant and Leonard] may not be possible anyway because Leonard’s max contract would be larger than Irving’s. But the Knicks still feel they can be in the ballgame for Leonard, who is two wins away from winning his second NBA championship and equaling Durant’s ring total.”

For what it’s worth, CBAFAQ.com says that Leonard and Irving are eligible for the same max contract offer from other teams, despite what the Post says, although Kawhi can earn a bigger supermax deal than Kyrie should both All-Star elect to stay with their teams of this past season.

»READ: Y2K19: Your guide to surviving the ‘Knickpocalypse’