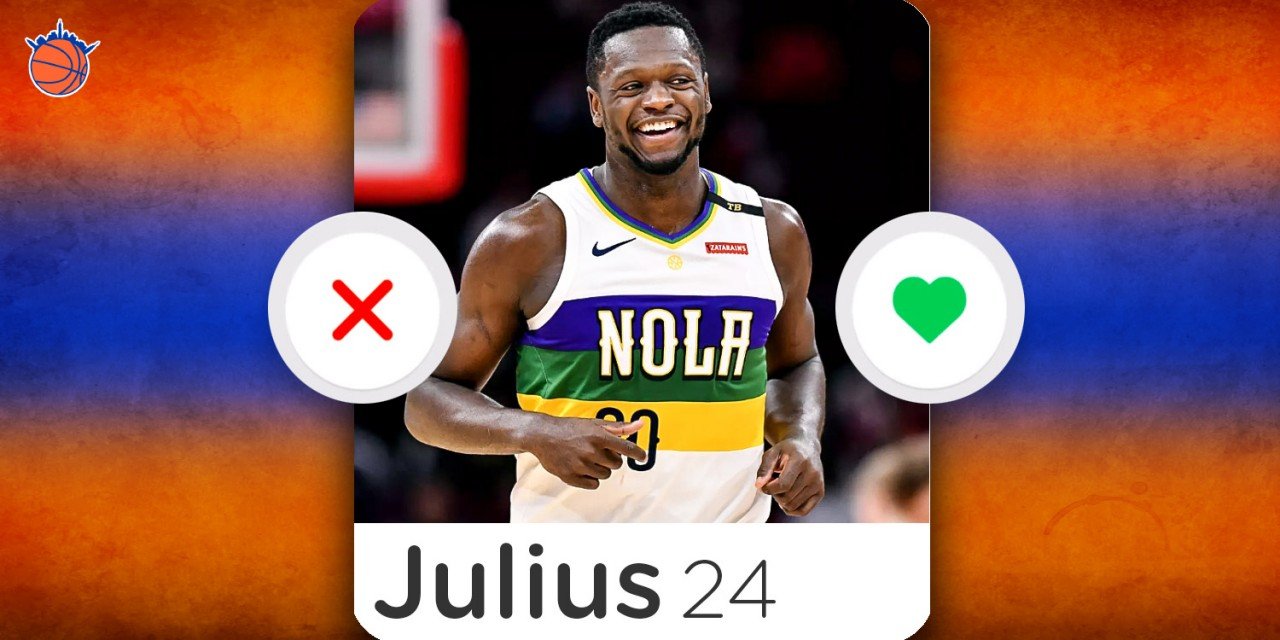 Knicks target Julius Randle would be a nice piece for a rebuilding team, but concerns about his defense and New York’s long-term cap sheet are legitimate.

It’s still June and no contracts have been agreed to yet, but with each passing day and each new “sourced” report, the Knicks’ dreams of pairing two max-contract superstars seem to fade a little more, like headlights being enveloped by the fog of evening. In response, general manager Scott Perry, team president Steve Mills, and others have already gone on the counter-offensive, preaching patience, a lack of corner-cutting, and an unwillingness to spend big on names that run antithetical to the team’s long-term goals.

But the reality is, New York has a ton of cap space and they’re going to need to use some of their money on someone—or someones. And for a team building through youth and the reclamation of former high-level prospects, there may be a guy who fits the bill on the open market.

Like Noah Vonleh, Mario Hezonja, and Trey Burke before him, Julius Randle is a recent lottery pick who was cast away by his initial team and is still looking to make his mark in the league. Unlike the aforementioned trio, though, Randle is really good.

Or, at least, really productive.

And therein lies the difficulty when discussing Randle as a potential signing. Playing in Alvin Gentry’s run-and-gun system in New Orleans last year, Randle had by far his best offensive season, posting over 21 points (five points per game better than his previous career high) and 8.7 rebounds a game while maintaining a 60% True Shooting percentage. Encouraged by Gentry and the team’s desperate need for shooting, he attempted 2.7 three-pointers a game (previous career high was 0.9) and hit them at a 34.4% clip—the first time in his career the big man cracked the 30% plateau.

Randle’s not just a scorer though. Throughout his career, he’s shown impressive instincts with the ball in his hands. Randle is a phenomenal rebounder when he wants to be, and his ability to grab a board and push it on the break should fit into Fizdale’s offensive system perfectly—think of him as Noah Vonleh, if Vonleh was better in just about every category except switch defense.

The only season Randle averaged fewer than two and a half assists was his non-injured rookie year, and in two of his four seasons played, he’s dished over three assists per game. His ability to switch from bullyball to facilitator should conceivably make life easier for weaker guys like Kevin Knox, Dennis Smith Jr., and Allonzo Trier, all of whom could use the space created by Randle’s smash and grab approach to create their own brands of havoc.

With Randle’s career-best offensive season, though, came by far his worst defensive year.

In a way, it’s hard to blame him. Growing up, dreaming of the day he’d be called up as a lottery pick in the NBA, it’s unlikely Randle foresaw playing just 14 minutes before breaking his leg in his first ever NBA game. I doubt he imagined the team that selected him with a top-10 pick would let him walk away like he was nothing when they realized the greatest player of this generation was coming to play the same position.

Interesting note here about some non-top tier free agents on the Knicks radar, including mutal interest between Julius Randle & the Knicks. https://t.co/tImI5W2ERz pic.twitter.com/XMvh6hZSUe

So, on a one-year, prove-it deal, Randle focused on his strengths—scoring in bunches—and ignored basically everything else in order to ensure some security on his next contract.

Which leads us to the three primary questions at the heart of a potential Randle signing, especially in regard to the Knicks’ interest.

The jump shot will be crucial if Randle is playing off R.J. Barrett and Mitchell Robinson, the two building blocks around whom everyone must fit. If he can become a 35+% three-point shooter, the league’s average, he and Robinson will be able to co-exist peacefully in the frontcourt. If not, R.J. might start getting flashbacks to his Duke days.

If the latter is closer to the truth, the Knicks would be wise to swipe left on Randle, as good as he is. Randle is a valuable piece to have, but he’s not much of a ceiling raiser, so to lock into a major long-term commitment could be dangerous to team flexibility in the future.

But if Randle is willing to commit to a deal either for more money and fewer years or less money and a greater number of years, he’s absolutely worth a look for a team coming off 17 wins and in desperate need to prove some level of competency to stars around the league. Randle’s young and talented enough, with the requisite name value, to be a trade chip if the need to move him arose. Like Barrett and Robinson, he has that dog in him that you want to see, especially on a sub-.500 team.