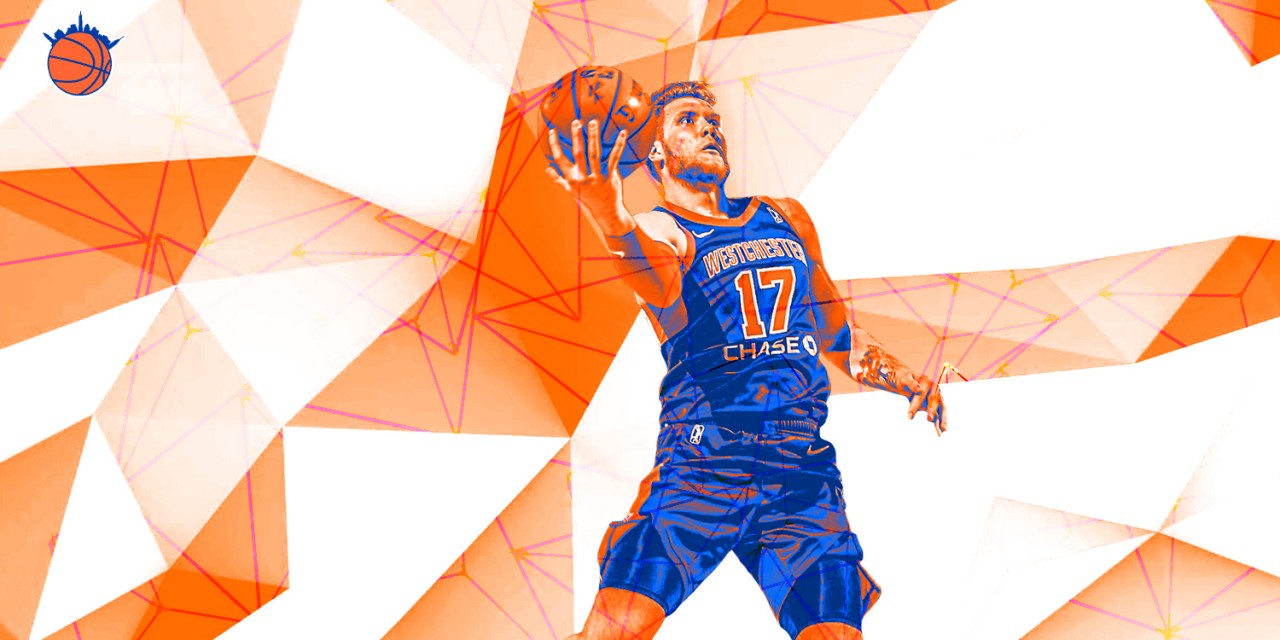 Why haven’t the Knicks utilized their G League affiliate Westchester Knicks more often this season? There are multiple players who could benefit from G League stints.

And now, as the New York Knicks sit at 8-24, the G League could be an asset once again to adjust the roster. The Knicks have some players who could use a G League stint, as well as some whocould come up and give the main roster some minutes.

Selected in the second round of the 2019 NBA Draft, Brazdeikis came from Michigan with the reputation as a scorer and flashed at Las Vegas Summer League with a 30-point performance. With the addition of several forwards in free agency, Brazdeikis was glued to the bench before the start of the G League season.

Assigned to Westchester and recalled to the big-league team back and forth, Iggy gets to go develop his game and figure out his spots as a scorer. In just nine games, Brazdeikis is averaging 18.4 points and 6.3 rebounds. There are some negative numbers, though, as Brazdeikis is shooting just 60.0% from the free throw line and his -2.7 VORP would suggest he’s just gunning and not doing much else.

Ultimately, for Brazdeikis to get time in the second half of the season with the main roster, figuring out his offensive spots will be key. One area where he could instantly impact the team is offering a long-range shooting option. Ignas made 39.2% of his 143 three-point attempts in college, but started slow in Westchester with 31.1% of his first 45 attempts.

More minutes and figuring out their roles: Dennis Smith and Kevin Knox

It’s tough moving players down for an assignment, largely because of the visual of a lottery pick taking time in the G League. That said, the Knicks are bad; you can easily shuttle players back to the main roster, and two in particular need more time to figure out just what their roles might be on future Knicks teams.

For Dennis Smith Jr., it’s a case of getting him back to where he was as a prospect coming out of NC State. The various knee and back injuries have taken a toll on his overall athletic game and that’s not a good thing, but it’s not great when you also stop taking threes. Smith has taken just 41 threes this season—making 29.3% of them—and that number should be higher, even in a smaller role. At times, Smith passes up open threes; a problem for a player who is also shooting 52.9% at the rim.

Before his recent stretch of play, Kevin Knox seemed like he was crying out for a G League stretch. Then he hit four straight games of double digit scores and threw in some solid defensive flashes. One may argue that he should ride the hot streak of play, but the one thing Knox has struggled with is consistency, so until he strings together two months of solid play, he still hovers on this list.

For Smith, it’s merely about finding his focus again over 20-25 minutes a night. Allow him to run the Westchester offense, create some pick-and-roll plays with Kenny Wooten, and use Brazdeikis as a safety valve on offense. In Knox’s case, playing him alongside Wooten for defensive protection and working on coming off screens and shooting more threes would be ideal.

Even in a small sample—10-12 games—could help both players in the long-run. Doing this in January would allow both players to get more playing time, allows the front office to clean up the roster with trades, then use their (hopefully) positive G League momentum in a slightly larger role on the main roster.

Ending on a more positive note, of all the players on the Westchester roster, Kenny Wooten has popped the most. After two solid seasons at Oregon, Wooten found himself unclaimed on draft night. Amid an undrafted free agency scramble, the Knicks gave Wooten a chance, and may have found a decent player.

At 6-foot-8, Wooten is a monster at the rim, averaging 3.6 blocks per game. He was known at Oregon for some of the biggest blocks in school history, and continues to show his game can translate at the next level. What also stands out is his Defensive Box Plus-Minus, which sits at 9.4. His defensive rebounding (17.0%) and block percentage (14.3%) are key to such a high rating as he swats shots and ends opponents’ possessions.

It would be nice to see him extend his range, but with three three-pointers over the last three years, it appears unlikely. Wooten is a nice player for a team looking for some help defensively. He would be a perfect player to call up after the trade deadline to snag some minutes at center, or even power forward alongside Julius Randle.

Again, this is another case where the ‘Bockers could find a cheap role player who can make an impact on the defensive side of the ball. Even if Wooten doesn’t last four or five seasons, he could offer some defense, block shots in a bench role, or be a solid practice player and stay around for some of the lean seasons to come.

The Knicks have several key organizational moves in the works: finding the next general manager and president of basketball operations, trying to put in place a long-term plan, and getting the best out of their young players. The G League has been a valuable asset to several teams, including the Knicks. They should go back to using it.