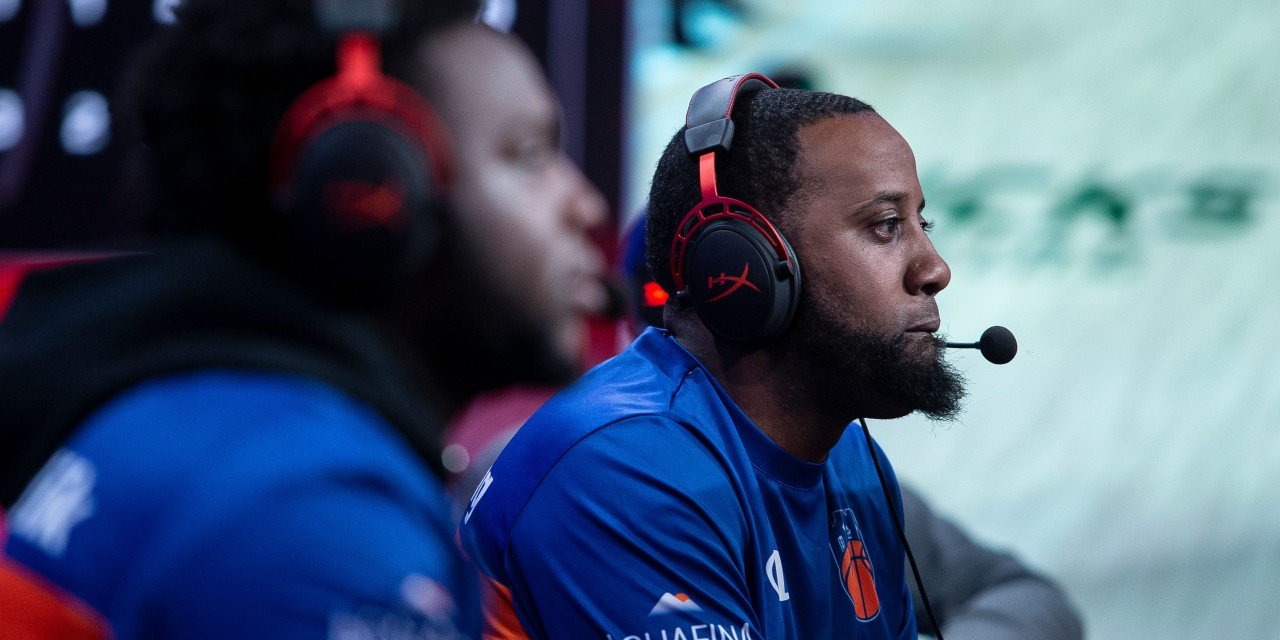 Knicks Gaming has been out of the playoff picture for a long time, but their players needed to show out to prove to the league they should be drafted by another squad—or kept by the Knicks themselves.

Bucks Gaming came into Wednesday night looking for a win that would keep them alive in the playoff hunt. The Knicks, meanwhile, have been in a slump all season, so it wouldn’t take a massive showing to keep the playoff dream alive for the Bucks.

Bucks Gaming displayed a different style of 2K thanks to their star player Plondo, who played the role of power forward. The offense mostly flows through his shooting and passing; not quite an archetype the Knicks have faced much of this season. Plondo had 12 in the first quarter, creating mismatches and utilizing the size of his position to create good scoring chances. The Bucks were off to a 17-13 lead at the end of one quarter.

That lead wouldn’t last long, however. The Knicks torched the Bucks in the second quarter, as iamadamthe1st and OriginalMalik’s shots fell from everywhere on the court. The Bucks’ offense began to look lost, turning over the ball five times in the second quarter alone. Knicks Gaming headed into the half up big, 38-19.

In the second half, Plondo continued to be the Bucks’ primary (and mostly only) offensive weapon, finishing the game with 32 points and an insane number of field goal attempts at 25.

Bucks Gaming kept the Knicks in check on defense, creating a window of opportunity to come back and keep their playoff hopes alive—but the scoring just wasn’t there. Adam had one of his better games of the season, with 18 points and seven assists, shooting 8-of-12 from the field. In a season where his shot hasn’t fallen consistently, this was an important performance. Malik had 23 points on 15 shots and chipped in three steals; he’s become super valuable for this team’s offense, saving a lot of possessions with marksman shooting.

After the game, I asked Adam how it felt ending Bucks Gaming’s season. “I don’t think there were expectations higher than ours this season. It’s unfortunate we didn’t figure it out early enough, but it’s always fun to flip the switch and end someone else’s.”

I also asked Adam for his thoughts on this team’s core, with an uncertain future ahead of the offseason, but which has had a lot of fun playing together. “I think that this team really is great. It was our identity [that was the issue], we just didn’t figure it out early enough, so it kind of set us back,” Adam answered. “But at the end of the day we’re a bunch of great guys and they’re gonna be in the league for a long, long time. They’re talented, the skill level’s there, [it’s] just about figuring it out.”

Knicks Gaming, in their final bout of the season, took on Raptors Uprising GC Thursday evening. The Raptors had already been eliminated themselves, so this game was mostly about players proving themselves in order to be kept by their current teams, or be drafted by another squad in the impending expansion.

The Knicks’ secondary players were out to prove their worth, with the Knicks placing Idrisdagoat6 back into the lineup over HazzaUK. Sadly, this was a match not worth watching.

The first half wasn’t pretty for Knicks Gaming. They couldn’t prevent Raptors shooting guard TsJosh or their small forward, OOC Slim from scoring. The Knicks couldn’t hit much from the outside either, and entered the second half down 31-24.

The second half of this game is where it really went downhill. The Raptors outscored the Knicks 29-5 in a complete slaughter. With an entire quarter left in the game, Adam had 11 turnovers, and finished the match with 14.

Raptors center KingQuai614 broke the record for most steals in a game with 10. Knicks Gaming tried to force transition offense—but moving the ball was impossible. 2K League commentator Scott Cole noted the only Knicks defensive effort came at the end of the game, when KingQuai was just one basket away from a triple-double. Nevertheless, as the Raptors fed him the ball, Quai earned the achievement with a buzzer beater with 0.7 seconds left.

That the Knicks had nothing to show for that last game of the season was an utter disaster. In a final game that should have been utilized by the guys to secure their place in the league, nobody showed up. Entering the offseason with this degree of uncertainty begets speculation regarding what the squad will look like next season. I would not be surprised at a roster shakeup.