Knicks Gaming Falls to Mavs in Turn Tournament First Round 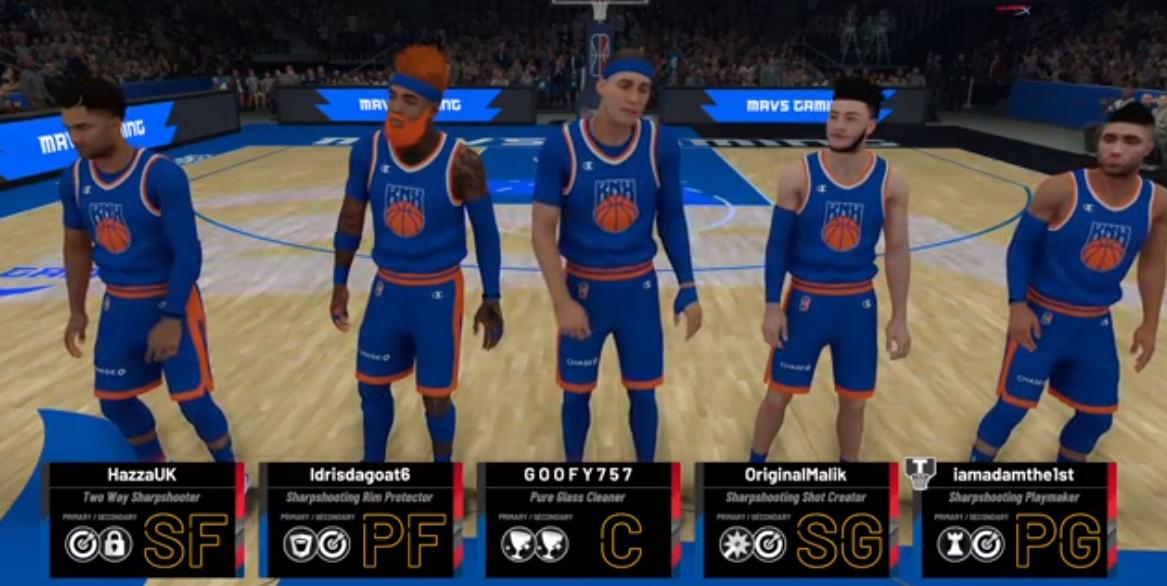 Coming off a victory over Lakers Gaming in a play-in match, Knicks Gaming was defeated by the undefeated Mavs Gaming on Thursday.

After bouncing back with a win on Thursday in the qualifying round against Lakers Gaming, Knicks Gaming lost to undefeated Mavs Gaming, eliminating them from The Turn tournament.

2K League’s The Turn tournament, hosted in Las Vegas with a $180,000 prize pool, kicked off this weekend. A ton of excitement surrounds this first series of league games played outside the usual 2K League Studios in Long Island City.

The Turn is including archetype bans, where each team picks one archetype to be banned from that game (it runs both ways, so if one team were to ban an archetype, that team cannot also use that archetype).

Before the tournament, I got the chance to speak to Josiah Cohen, who covers the league for Dimer2K, about the impact of the archetype bans. Josiah was worried the Knicks would struggle if a team were to ban Goofy’s typical Pure Glass archetype—but ultimately, the best teams find ways to win regardless of bans.

The tournament started by pitting the lowest seeds against each other in win-and-you’re-in games. The Knicks matched up against the Lakers who, in their inaugural season, have had struggles early. This game was a great opportunity to expel some demons and get the offense back on track.

Pure Lockdown Defender SG and Pure Sharpshooter SG were banned, putting Hazza onto Two Way Sharpshooter SF and Malik onto Sharpshooting Shot Creator. Malik has been the team’s secondary ball handler and playmaker off of PG iamadamsthe1st. The bans left the Knicks with no pure lockdown defender archetype, which didn’t prove to be a detriment to the team.

Right out of the gate the Knicks hit their shots. Adam and Goofy’s pick-and-roll created open space and good shots, as the Knicks took an 8-point lead out of the first quater.

The Lakers struggled to create scoring chances and finished with only 22 points in the entire first half. The Knicks’ largest lead was 22, but that huge didn’t last long.

The Knicks didn’t keep their foot on the pedal in the second half, and the Lakers outscore them in the third and fourth quarters. A lackadaisical defense reared its head after the Knicks’ impressive lead, but by the end, Knicks Gaming took the win, 61-50.

This put the Knicks in a position to upset the best team in the league right now, the 7-0 Mavs Gaming. Led by stars point guard Dimez and newly-acquired center PeteBeBallin, the Mavs have steamrolled teams so far this season. Mavs Gaming banned Pure Lock SG, and the Knicks banned Pure Sharpshooter SG, leading to a repeat of the Lakers game. The Mavs showed confidence in PeteBeBallin to contest with Goofy on the boards by not banning Goofy’s preferred Pure Glass archetype at center for which he is known.

Both the Knicks’ and the Mavs’ offenses clicked in the first, and throughout most of the game both teams hit their shots from outside. The Knicks’ defense in the first half was better than usual, switching onto the right guys and not losing their man. Dimez was the exception to this, as his unbelievable ball handling ability created a ton of scoring by itself, deking out defenders consistently.

Malik broke his personal career scoring high, notching 23 points on 13 attempts while helping the Knicks stay up to par with the Mavs as they entered half time up by one. That optimism was quickly erased early in the third quarter, as the Mavs went up by eight with scoring coming from everywhere. All Mavs players ended the game with 13 or more points.

The Knicks began turning the ball over, leading to fastbreak buckets on the other side, creating a deficit that was not erased. Goofy’s rebounding helped keep the Knicks’ hopes of getting back into the game alive, creating second-chance scoring opportunities, but PetebeBallin succeeded in matching Goofy’s rebounds so that it wasn’t enough. Dimez continued to feast on offense, finishing with 21 points and 11 assists.

Mavs Gaming defeated the Knicks 85-70 to advance and eliminate Knicks Gaming from The Turn. Knicks fans’ eyes were on Adam this weekend to return to his former glory, and while his game against the Mavs was subpar, some improvements were shown. Losing to the Mavs was expected; hopefully the team comes away with lessons learned.