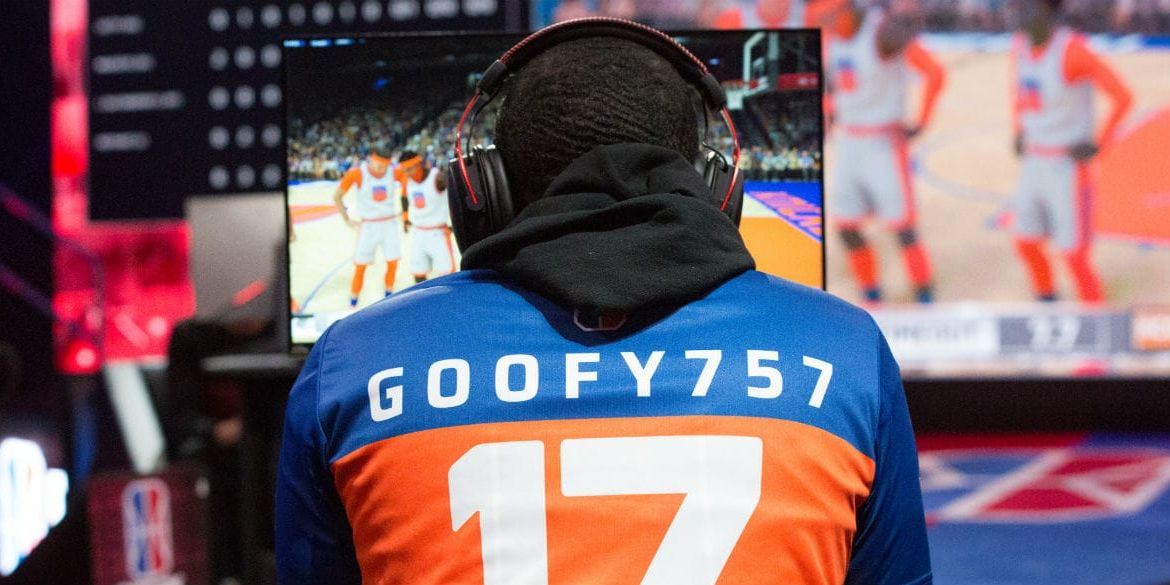 Knicks Gaming is experiencing an early-season slump losing both of their Week 4 games on Thursday and Friday despite a feverish second-game comeback.

Coming off the heels of a championship, the pressure is present to defend a title for Knicks Gaming. Capturing the league’s inaugural season championship put itself on the map not just in 2K League play, but gaining media attention outside of esports in a city that hasn’t had an NBA championship in quite some time. Heading into Week 4 of play with a 1-2 record was an opportunity to get returning point guard iamadamthe1st into a rhythm on offense while integrating newcomers HazzaUK (the first European 2K League player) and OriginalMalik (the Knicks’ first-round pick in 2019) into the lineup, while allowing G O O F Y 7 5 7 to continue to be the teams anchor at center.

Sadly, the Knicks came up short this week.

For the first matchup, the Knicks went up against Blazers5 Gaming. The Blazers’ absolutely deadly combo of Mama I’m Dat Man at point guard and OneWildNut at center was certainly a combination to look out for in the pick-and-roll, which ultimately ended up being the Knicks’ downfall.

Blazers5 jumped out to an early 18-4 lead with multiple threes coming from some open looks due to Mama I’m Dat Man’s dribbling and space creation. Defensive miscommunications proved to be a problem for Knicks Gaming, as the Blazers created mismatches throughout the first half—leading to a 17-point deficit at the break. This was as close as it was going to get.

By the end of the third, this should’ve been called. Knicks Gaming found itself down by 32 and ultimately lost the game, 86-48. Adam never got into a rhythm in the pick-and-roll offensively, scoring zero points with three assists and four turnovers on 0-for-5 shooting from the field. Power forward Idrisdagoat6 and Goofy were the only ones who showed up on the stat sheet. Idris found some success with his shot, hitting 12-of-16 from the field with 27 points. Goofy put up 11 points, 14 rebounds, and nine assists, falling one dime shy of a triple double. Shooting 4-for-22 from three is difficult to swallow, of which many looks were rushed as Blazers5 had prioritized defensive communication.

This was a game you’d chalk up to bad execution, and hope to wash the stink off of the next night.

For the Knicks’ second game of the week, they took on 76ers GC. Led by point guard Radiant, the Sixers have a formidable club this year while hovering around .500 ball. The Knicks’ prerogative should have been to limit the turnovers while sticking to a shot profile of transition baskets and open looks from three. Goofy is a great outlet passer off of rebounds; he and creates a lot of opportunities to get the team fired up. Unfortunately, he again was most of the team’s fire power. While this ended up being an overall better performance by Knicks Gaming, it still was not enough to get a badly needed victory, as it fell, 65-59.

Adam had a slightly better game with eight points and six assists with three turnovers; his defense was subpar and led to some Sixers baskets. Malik and Hazza had decent games, with Hazza playing the shooting guard lockdown defender archetype tasked with defending Radiant, who ended up having himself a game with 27 points and nine assists.

Knicks Gaming couldn’t come out of this week with a victory, and it’s indicative of its structure as a team currently. Goofy is bringing the intensity and high-level play, and it’s going to be up to the schematics around him to start notching together victories. Time will tell if changes will be made to accommodate that, as Knicks Gaming has a bye week for Week 5. Adam will have to start taking more outside shots, as well as the rest of the crew.

It’s not only that the Knicks aren’t scoring enough from their jump shooting game, they aren’t creating enough open space to take shots off of pick-and-rolls with Adam and Goofy. Often, the Knicks look better later in games when there is more urgency to score and create plays. They need to start having that urgency earlier if they want to resurrect their playoff chances this season and defend their crown. That process might start with team coach Kyle Rudy to help the squad make some adjustments to the game plan.