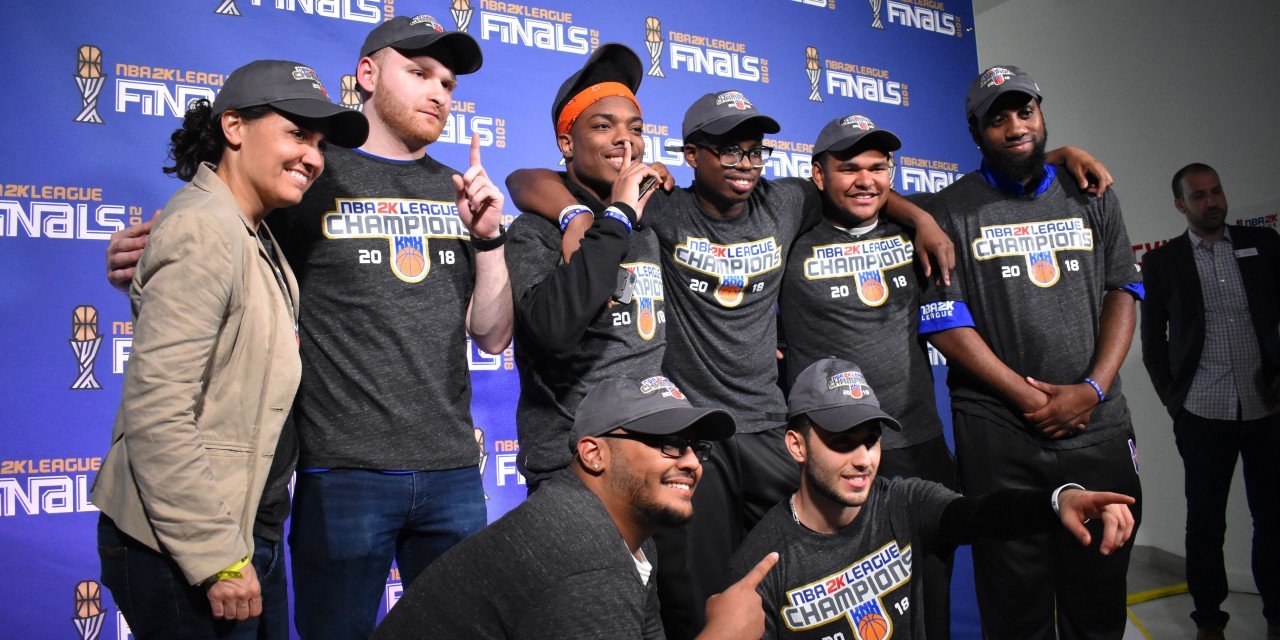 New York’s affiliate team in the NBA’s 2K League ramps up for a defense of the inaugural esports championship as Knicks Gaming starts its second season.

The New York Knicks haven’t won an NBA championship since 1973. Also of note that year: fashionable people dressed like this, you could buy a dozen eggs for 45 cents, and U.S. troops withdrew from Vietnam.

Knicks Gaming, on the other hand, won a chip just last year to cap off the first ever 2K League season.

The team, and the 2K League as a whole, have gone through some changes in the offseason since the former brought the strap back to New York in late August.

A month after the inaugural 2K League playoffs, the league held its first expansion draft, introducing four new teams—T-Wolves Gaming, Lakers Gaming, Hawks Talon, and Nets GC—the last of which drafted Finals MVP Nate Kahl away from Knicks Gaming, much to the dismay of the New York esports team’s fans.

The loss of Kahl is significant. He is in some eyes the best defender in the entire league, and his relocation to Brooklyn’s new squad put the onus on Knicks Gaming to fill his void in the 2019 draft, which took place March 7th.

Despite their undesirable pick order, Knicks Gaming scored Original Malik, considered by some pundits to be one of the best shooters in the draft, with their first-round selection. Finding a role for their other rookie, HazzaUK, promises to be more challenging, since he mans the same position as veteran Idris Da Goat.

On top of incorporating new talent, the champs also figure to have the biggest target on their backs all season.

Mavs Gaming went full clip, restocking their entire roster to put franchise star Dimez in a position to carry. Jazz Gaming nabbed can’t-miss prospect Ria with the first-overall draft selection. Blazer5 Gaming still has reigning league MVP and Defensive Player of the Year, OneWildWalnut. Heat Check Gaming isn’t going anywhere as a contender, especially after losing in the finals to Knicks Gaming. Even Warriors Gaming, laughingstock of the league last year, has some excitement around them after drafting hyped prospects Gradient and CB13.

Warriors Gaming also made history by drafting the first woman, Chiquita Evans, to play in the 2K League!

We’ll see if Knicks Gaming has the juice to fend off a hungry pack of challengers. The 2019 Season will commence April 2nd, with The Tipoff tournament, well, tips off on Twitch at 5 p.m. ET.

Knicks Gaming’s first matchup will be against Nets GC that night at 8 p.m. ET.