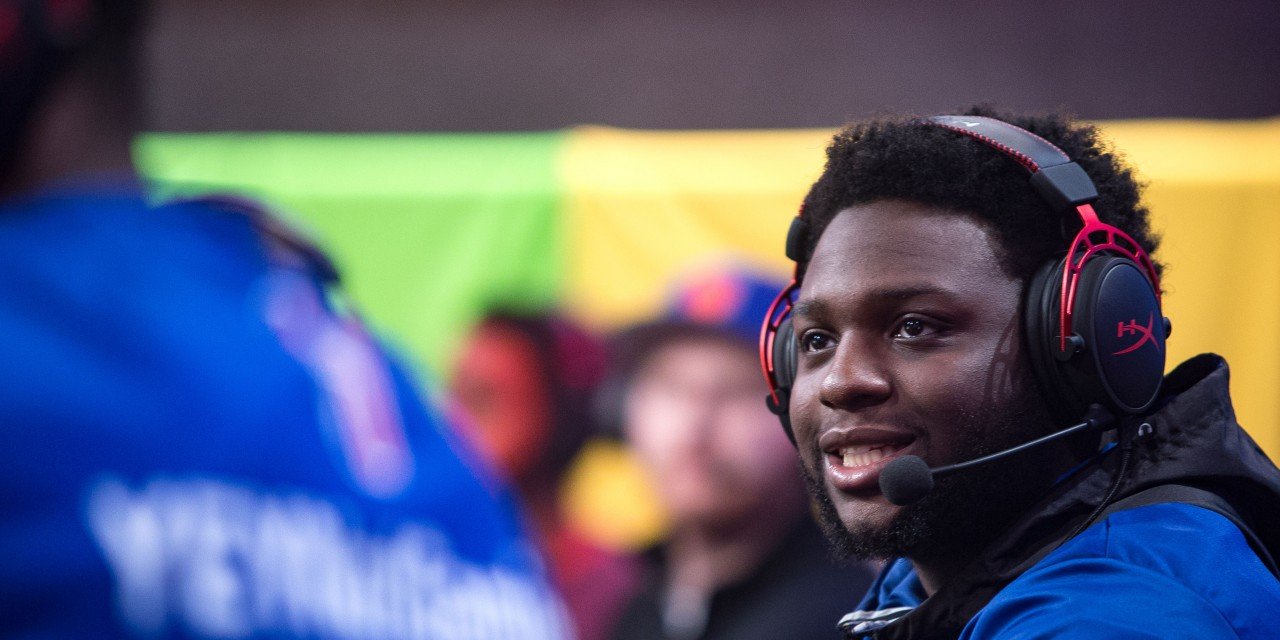 The final games on the calendar for Knicks Gaming could determine who needs to be tagged and saved for next season’s roster heading into the offseason.

As the Knicks Gaming season comes to an end, these last few games will be valuable in determining who the team should bring back for next season.

Since the Knicks are already eliminated from playoff contention, players still have something to prove as they audition to be either kept by the Knicks or drafted by another team in next season’s expansion draft.

The NBA2K League rules allow each team to retain two players at the end of each season. The Knicks, following their championship victory last season, decided to retain power forward/center Goofy757 and point guard iamadamthe1st. Entering next season, however, the team may be in for a shake up.

This week’s matchups for Knicks Gaming demonstrated just how valuable Goofy757 is to the core DNA of the team. Goofy, real name Dayvon Cury, had been benched in the handful of weeks leading up to their game with TWolves Gaming on Wednesday. It was a perplexing move, one that led to speculation a trade might be on the way.

A deal was never completed, and with Goofy reentering the lineup, the Knicks were a much more stable ship this week.

Goofy’s presence in the lineup against the TWolves lead to more rebounding (he had a game-high 20 boards) and transition offense opportunities. His signature outlet passing brought back needed offense for the team, as they struggled in the halfcourt to create good looks from behind the three-point arc.

As much of the offensive infusion helped the Knicks stay in this game, the team’s lackluster defense ultimately cost them the match. Knicks Gaming continually lose focus down the stretch. Despite being in almost every contest this season, the team fails to make enough stops to keep themselves in games. Adam couldn’t find his rhythm playmaking or shooting, with eight points (3-for-11 from the field), six assists, and six turnovers. OriginalMalik had 19 points on 8-of-12 shooting. His shooting off the catch has been great lately, but it wasn’t enough; the Knicks were outscored in the fourth quarter by 11, and lost to TWolves Gaming, 70-61.

Thursday night was their last chance to show up for at least one of the final games of the season, and fortunately they did. Goofy757’s performance against Hawks Talon GC might’ve been his best this season, notching 26 points, 13 rebounds, five assists, and five steals. He created consistently great looks off the pick-and-roll with Adam, shooting 13-of-16 from the field, and opened up the floor for shooters to get good looks. Malik had 23 points on 9-for-14 shooting, and Adam put up 18 points on 6-of-15 from the floor.

Atlanta scored on the Knicks defense, but the Knicks created enough turnovers (ending the game with a ridiculous 15 steals) to keep Atlanta at bay. Knicks Gaming won over Hawks Talon GC, 79-67.

The most obvious candidate to carry over into next season is Goofy757. The only question is, will he want to stay?

His benching and the team’s dreadful showing this season certainly doesn’t help their chances. He is by far their best player, and might want to go to a stronger team to increase his chances at another championship. If he is willing to stay, the Knicks should do everything in their power to build around Curry. If he wants to bounce, they can always keep him and trade him at the draft.

The team’s second player to keep is either OriginalMalik or iamadamthe1st. The rest of the team doesn’t have the skill level of these two. Adam has been in a slump this season, and never could recreate the magic from last season’s championship run. Adam has a large following on his own with a successful YouTube channel, with over 300,000 subscribers, and has brought a lot of attention and success to the team early in the 2K League’s run. The team could be loyal to him and keep him, but could upgrade the point guard position if they move on, as the Knicks will be looking at a high draft pick who could potential fill that role.

Malik at small forward has worked for the squad; he is a reliable shooter and secondary playmaker who makes sense to keep on the roster moving forward.

Knicks Gaming have two more games left this season: July 17th against Bucks Gaming, and July 18th against Raptors Uprising GC. These games will give the team a clearer view of who to keep heading into next season.