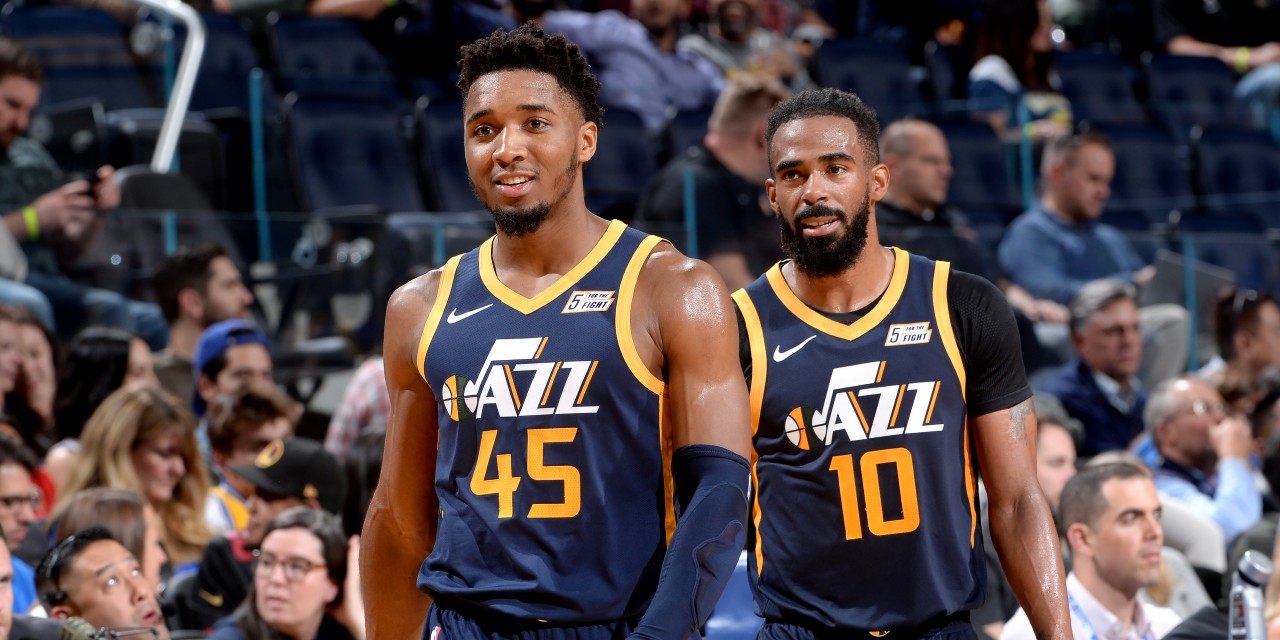 The Knicks finish off another west coast road trip on Wednesday in Utah, trying to salvage at least one win against the mighty Jazz.

New York (10-27) has lost the first three games of their road trip; they blew an early fourth-quarter lead to the Phoenix Suns on Friday, lost to the L.A. Clippers after tying a franchise record for first-quarter points on Sunday, and got smoked by the Los Angeles Lakers on Tuesday.

Their next opponent, the 24-12 Utah Jazz, is on pace to make the playoffs for the fourth straight season. The Jazz are fifth in the Western Conference and currently ride a league-leading six-game winning streak.

Donovan Mitchell, a native of Elmsford, New York, leads the way for Utah. The third-year shooting guard is averaging 25.0 points per game (good for 12th in the league and his career-high) on 46.2% field goal shooting and 36.0% three-point shooting. He averages 4.5 rebounds and 4.4 assists per game, also career highs.

Mitchell has recently played point guard due to the absence of Mike Conley, who has been out since early December with a left hamstring injury. In the 15 games since then, Mitchell has averaged 25.6 points, 5.5 assists, and 4.1 rebounds while shooting 50.2% from the field and 34.8% from downtown.

Flanking Mitchell on the wings are Bojan Bogdanovic and Joe Ingles, both of whom shoot over 40% on three-pointers. Bogdanovic averages 20.9 points, 4.4 rebounds, and 2.0 assists while Ingles puts up 10.5 points, 4.6 assists, and 4.4 rebounds.

The Jazz boast two-time Defensive Player of the Year, Rudy Gobert, who averages 14.5 points, 14.4 rebounds, and 1.8 blocks per game. The starting lineup is rounded out by 3-and-D forward Royce O’Neal.

Utah uses screens better than any team. Per NBA Stats, Utah averages the most screen assists and screen assist points by a comfortable margin. Gobert leads players in both categories, too.

Portis signed a two-year, $31 million deal with a team option for the second year with New York this past summer. In his first year with the Knicks, Portis has averaged 9.9 points, 5.6 rebounds, and 1.3 assists on 44.0% field goal shooting. He’s also averaging 1.1 made triples per game on 38.2% shooting from behind the arc.

Several teams around the league have shown interest in Bobby Portis.

Julius Randle will not play on Wednesday night, the team announced, for personal reasons.