Knicks Get First Look at Sixers in Philly 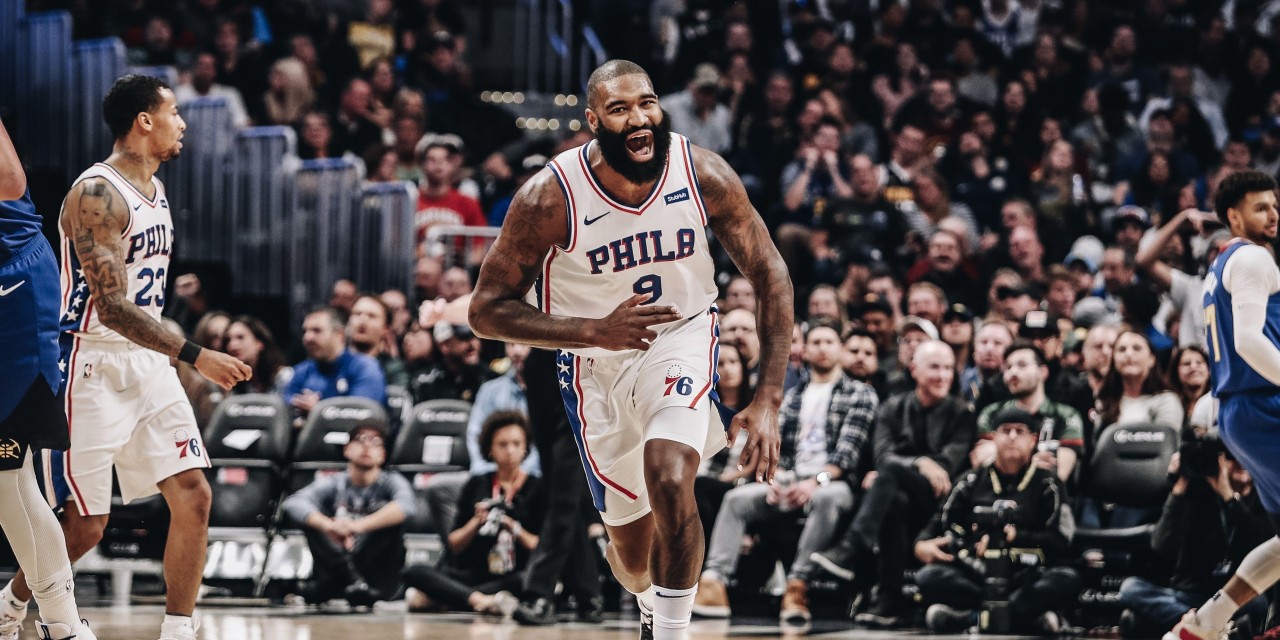 The Knicks embark on a tough stretch of games coming up, first led by a divisional matchup with the Philadelphia 76ers on the road.

The Knicks will face the Philadelphia 76ers for the first time this season at the Wells Fargo Center. Tip-off is slated for 7:00 p.m. ET.

New York, 4-10, is coming off a resounding victory against a Kevin Love–less Cleveland Cavaliers team thanks to the terrific play of Julius Randle. The Knicks led the entire game and didn’t allow anyone to score 20 points, both firsts for the season.

The Sixers, 8-5, are coming into this game with an extra day of rest. Their last contest was a victory against (coincidentally) the Cavaliers on Sunday. They are led by center Joel Embiid, who ranked seventh in MVP voting last year. The 25-year-old big man is averaging 22.9 points, 11.4 rebounds, 2.9 assists, and 1.4 blocks per game this season.

Philadelphia boasts the biggest starting lineup in the league. The seven-footer Embiid is joined by the 6-10 Ben Simmons, 6-5 Josh Richardson, 6-8 Tobias Harris, and 6-9 Al Horford.

The Sixers are a strong defensive team. They rank first in defensive rebound percentage, eighth in opponent turnover percentage, and ninth in Defensive Rating. However, they commit the 24.9 fouls per game, the most in the league, per NBA Stats.

The team announced Tuesday that R.J. Barrett is listed as probable for tonight’s matchup due to a left thumb sprain.

Barrett, who played a season-low 24 minutes in New York’s previous game, has drummed up conversation about his high workload. The 19-year-old leads the entire rookie class in total minutes and minutes per game. He has played the 10th most minutes in the whole league after a historically big preseason workload.

RJ Barrett is averaging 37.5 mpg so far. No player has averaged more than 33mpg over multiple preseason games since 2012. Fizdale explained Barrett's 39-minute workload in DC after the opener: "He's 19. And he's got to play…These guys have to play, they have to see situations."

Two games ago, Barrett was listed as probable due to a contused quad. Yet he says that he has had no problems with his playing time. He said that playing as much as he does is “just part of the job”, per Mike Vorkunov of The Athletic.

The team also gave an update about Elfrid Payton, who has missed the last 10 games due to a right hamstring strain.

After struggling mightily for just about the whole season, Julius Randle played his best game in the orange and blue, scoring 30 points on 12-of-17 from the field and 3-for-5 on three-pointers. He chipped in 15 of his points alone in the first quarter on 7-of-9 shooting.

Randle also recorded seven rebounds, four assists, two steals and committing just one turnover. He made all five of his shots from inside the paint. There wasn’t anything too different about his style of play; the shots just kept on falling.

Randle’s strong performance should give him a confidence boost for Wednesday’s matchup, as he faces a tough Sixers defense anchored by Embiid, a two-time All-Defensive second-team member.