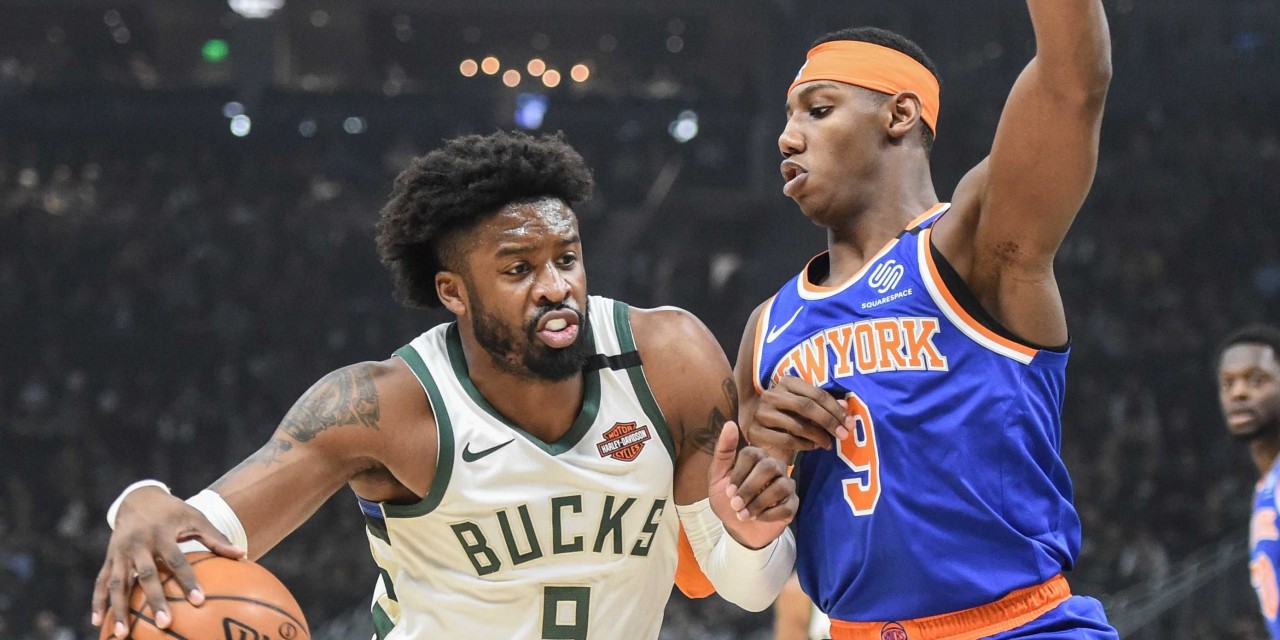 RJ Barrett was the lone bright spot for the Knicks in their blowout defeat in Milwaukee at the hands of Giannis Antetokounmpo and the Bucks.

The Bucks wasted no time flexing their superiority over the Knicks. Any shot the Bucks wanted they got, and Giannis Antetokunmpo simply had no equal on the court. Julius Randle woke his squad up, scoring 12 of the first 17 Knicks points, to spark a mini-run to turn a blowout in the making to a six-point deficit after one period.

That blowout got back on schedule in the second quarter, as the Knicks got mopped. Kevin Knox was the only Knick to show any signs of good play, but the sophomore forward naturally was taken out quickly by Mike Miller. The off-ball defense was atrocious, resulting in wide-open shots, and whenever Giannis drove he was rarely met with resistance.

Things finally went off the rails in the third quarter. The Bucks decided to stop playing with their prey, hitting anything they put up from deep. It got as bad as 96-64, and turned into a glorified open gym run. Even MSG Network broadcasters Walt “Clyde” Frazier and Mike Breen drifted off, talking about impressive second-year Oklahoma City Thunder guard Shai Gilgeous-Alexander.

Giannis did not appear in the fourth quarter for a third straight game. He did not play a single minute in the fourth quarter against the Knicks this season. The open gym vibe continued to the close. Barrett’s shooting, particularly from deep, was the silver lining in another ugly loss to the Bucks.

Glue that headband to Barrett’s scalp

“Headband Ro” should be here to stay. Barrett had another 20-plus point game, finishing with 22 along with eight rebounds and three assists in a team-high 32 minutes.

In his last visit to Milwaukee, Barrett put up the dreaded doughnut shooting, going 0-for-9. Tonight, with the headband activated, Barrett turned into a sniper.

RJ should never not wear a headband pic.twitter.com/UzjU0KHAq3

He hit 5-of-6 from three, a career high total from deep, to go along with a 5-of-7 outing from the free throw line. Barrett did struggle inside the arc, though, getting blocked on a few occasions, but he also made some really nice reads.

The best part of Barrett’s performance is his effort stayed at 100% the whole time. You could see the fight leave some of his teammates, but for all 32 minutes he was playing like it was a tie game.

Knox and Robinson continue to have great chemistry on the court. It’s a mystery why Miller cut their second-quarter run short given how the game was already going.

Player of the Night: Julius Randle

This sounds like a participation award given the final score, but Randle was one of the few to show up to play, and deserves some praise. He scored a dozen of their first 17 points, and was the only scoring threat the Bucks had to worry about.

Randle finished with 25 points on 50% shooting (50% from three), pulled down 15 rebounds and dished three assists. He and Barrett were the only two to come out to play tonight, and for the early part of the game it was Randle who did everything in his power to pull his team closer.

He continues his strong play under Miller, who has put him in better positions to attack in a way that fits his strengths.

The Knicks return home for a Thursday night tilt at Madison Square Garden against the Phoenix Suns.

»READ: Knicks’ front office can’t afford to do nothing at the trade deadline again