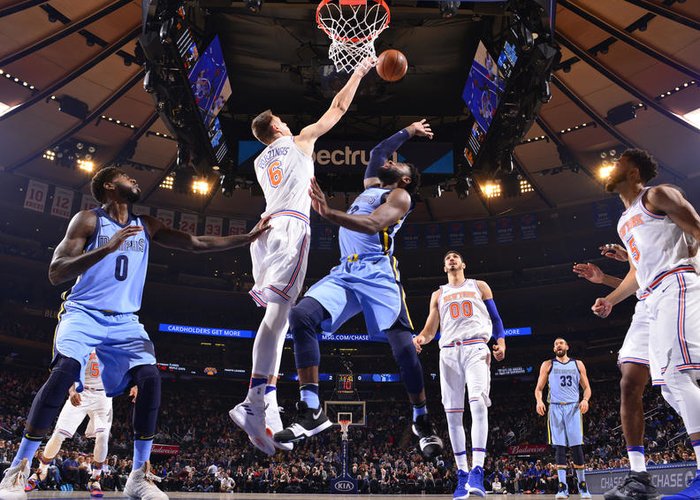 After a short stint at MSG, New York will now head out towards the Pacific, starting with a stop in Memphis against the Grizzlies.

In what is expected to be a troublesome road trip that will see the Knicks stack up against the Grizzlies, Utah Jazz, Los Angeles Lakers, Golden State Warriors, Denver Nuggets and Phoenix Suns, the Knicks will need to move past their road woes to try and salvage their dwindling playoff hopes.

The Knicks were able to take care of business against the Nets on Martin Luther King Jr. Day, a game in which Tim Hardaway Jr. rested, Frank Ntilikina had his best game of the season, and Kristaps Porzingis broke out of a cold shooting streak. Utilizing that win, the Knicks must continue to garner momentum as they visit the cellar dwelling Grizzlies on Wednesday night.

The Grizzlies, currently proving to be a shell of their former selves, are 14-28 this season, which is good for 14th in the Western Conference. Due to Mike Conley suffering from a nagging Achilles that has led him to suit up for just 12 games this season, Tyreke Evans and Marc Gasol have been the only bright spots for a thin Memphis team.

Most recently, though, the Grizzlies have been able to regain some momentum, going 5-5 in their last 10 games, which included a standout win against the Los Angeles Clippers at home.

Despite a recent surge of sorts, the Grizzlies are a good opponent for the Knicks to get their road trip started with, allowing for them to ease into the West Coast swing and potentially get a win before facing a gritty Jazz team on Friday.

What to watch for:

The Knicks and the Grizzlies will tip off at 8 p.m. EST.