Knicks Head to Philly to Face an Embattled Sixers Team 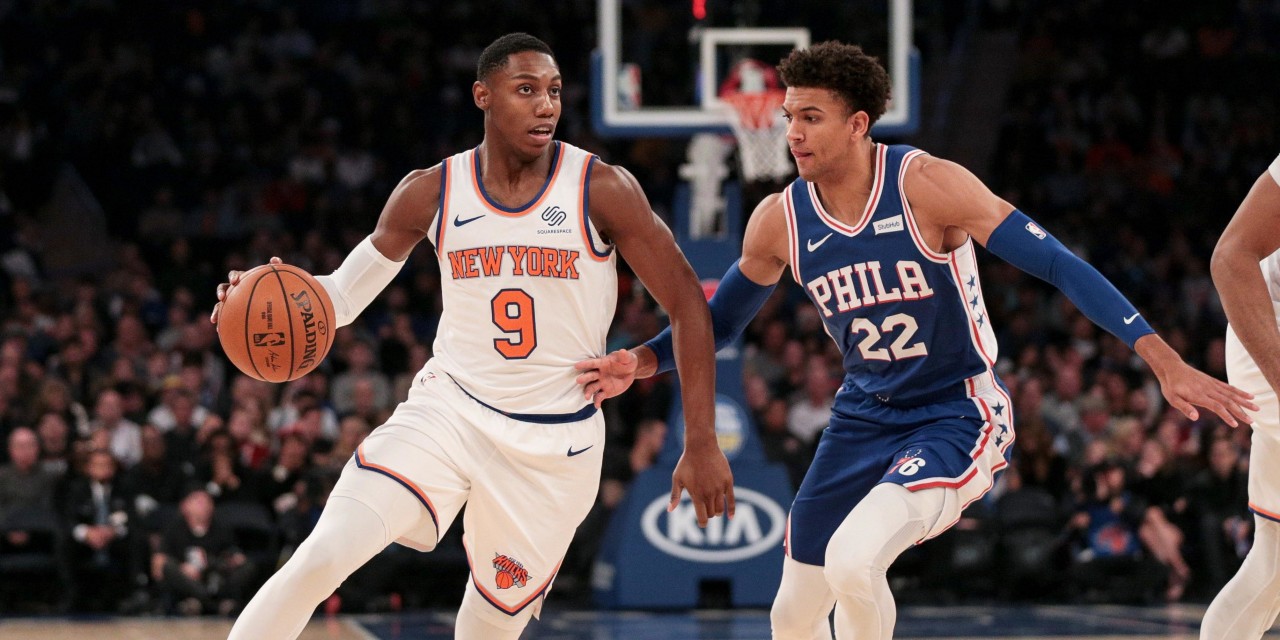 On the second night of a back to back, the Knicks get an injured Sixers team without their top two stars, Ben Simmons and Joel Embiid.

After winning four straight and showing signs of life, the New York Knicks (17-41) have reverted back to, you know, being the Knicks and are mired in another losing streak. It doesn’t get any easier for New York this evening as they trek down I-95 to Philadelphia to play a Sixers team with an NBA-best 27-2 home record.

The Sixers (36-23) have been a very noisy and dysfunctional team this year and have underachieved to a degree. Expected to challenge the Milwaukee Bucks for the top team in the East, the Sixers haven’t had the success many of us have envisioned for a variety of reasons. Their poor 9-21 road record has really hurt them and it looks like Ben Simmons and Joel Embiid don’t coexist together on the court as well as you would want from your two star players. Also, both Simmons and Embiid, despite their immense talent, have been fragile and injury prone and are both currently dealing with back and shoulder injuries, respectively, keeping them out of tonight’s game and possibly an extended period of time.

With the young stars out, the Sixers will look to veteran players Tobias Harris and Al Horford to lead the charge. Harris, the New York native, who received a nice-sized free agent deal this past offseason, is an excellent third option, averaging 18.9 points and 6.7 rebounds, per Basketball-Reference. Horford on the other hand, has had a disappointing first season in Philly, but is still an excellent leader and veteran presence who can cause fits for the Knicks’ bigs like Mitchell Robinson, Taj Gibson and company. Expect the Sixers to be fired up after an embarrassing loss to the lowly Cavs last night.

The Knicks have been bit with the injury bug themselves a bit recently, especially at the point guard position. Elfrid Payton (ankle) and Frank Ntlilikina (groin) are not expected to suit up this evening, leaving plenty of minutes for Dennis Smith, Jr., who has had a lost season. Point guard play has become increasingly more important in the NBA because you need someone who can create on offense and also get the ball to guys who can shoot the three. DSJ has proven he has the capability to be a play maker and get to the rim with conviction. In order for the Knicks to see any success tonight in my opinion, Smith must attack the rim and score efficiently or be able to get to the ball to shooters like Reggie Bullock, who can open up the game for others.

Despite losing all three contests against Philly this season, the Knicks have played fairly competitive, losing by no more than six points in any of those games. We will see this evening if New York can simultaneously avoid the season sweep and snap their five-game losing skid.