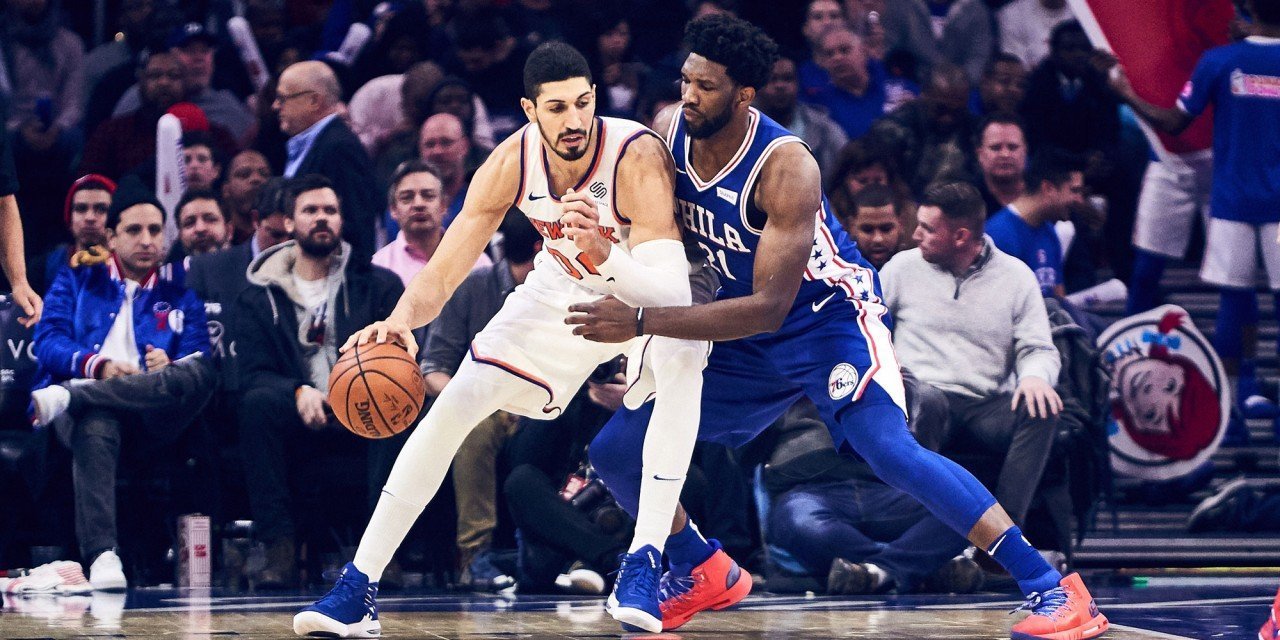 A disheartening loss to the NBA’s worst Suns on Monday must be compartmentalized as the Knicks face the “Big 3” Sixers in Philadelphia.

Coming off of arguably their worst and most deflating loss of the season, the New York Knicks (9-23) are regrouping and preparing the match up against the Eastern Conference threats in the Philadelphia 76ers (20-12).

Wednesday night will be the two teams’ second meetup of the 2018–19 season. On November 28th, Philadelphia blew the doors off any competent Knicks outing in an ugly 117-91 road loss. The ‘Bockers will return to Meek Mill’s birthplace dreaming of revenge and hoping to avoid another nightmare—but these Sixers are front-loaded and brimming with top talent in MVP candidate Joel Embiid, budding Aussie star Ben Simmons, and two-way menace Jimmy Butler.

In its first win against the Knicks this season, Philly found mileage out of veteran shooting guard and podcaster J.J. Redick. The former Duke villain scored 24 points on 14 shot attempts. Surprisingly, Butler, then in his eighth game with his latest squad, only tallied seven points 25 minutes. No matter; unsurprisingly, Embiid dominated the Knickerbockers—a 26-14-7 stat line is still fresh in New York’s memory and David Fizdale’s team is still trying to figure out how to slow down the Cameroonian Colossus—along with the rest of the league.

How does one stop The Process? I suppose you can only slow it down. However, the Knicks’ primary man destined to oppose Embiid is Enes Kanter.

Kanter, most recently owned on the court and online, is an unreliable defender, to put it politely, and any offensive accomplishments are quickly diminished by his inability to defend the pick-and-roll or instinctually see his man and the basket, as coaches might lecture.

That being said, defending Embiid will be a team effort, but the bullying force of Ben Simmons could be a challenge.

At 6-foot-11, Simmons presents a daunting task for Emmanuel Mudiay, who has actually been on something of a career hot streak. Philly is actually middle of the pack when it comes to defensive efficiency—the Knicks are practically last—so scoring in Wednesday’s game won’t exactly be the issue.

Mudiay and the Knicks need to check Simmons and cut off passing lanes to prevent the intelligent point-forward from capitalizing on the space defenses giveth, and make the former number-one pick taketh a shot greater than 12 feet in distance. The speedy off-ball screen action coming from Redick, who, as mentioned, feasted on the slow-footed Knicks in the team’s November meeting, is a deliberate ploy to catch opponents off guard. Communication is essential against these types of teams for New York, as doubling or even half-hearted doubling could result in space for Redick or Butler to launch from deep or even quick drives and floaters from Simmons.

The Knicks would be best prepared forcing Embiid to languish in post isolation. Despite his imposing stature, Kanter and Luke Kornet—playing backup minutes nowadays—must pressure The Shirley Temple Drinker into multiple dribbles without a pass outlet to teammates, or better yet, little appeasement of space down low for Joel to flip up a near-range shot. Embiid’s field goal percentage precipitously declines with the increase of dribbles; 46.2 percent of his shots come without putting the ball on the hardwood—and he shoots 50.2 percent in the situation—while he shoots 43.5 percent when dribbling 3-6 times before an attempt (via NBA Stats).

By no means is it an easy task, but the Knicks have to be wary of Embiid’s positioning closer to the basket while clogging lanes for slashing Redicks, and Simmons, and Philly’s other wings, like Landry Shamet and Furkan Korkmaz.