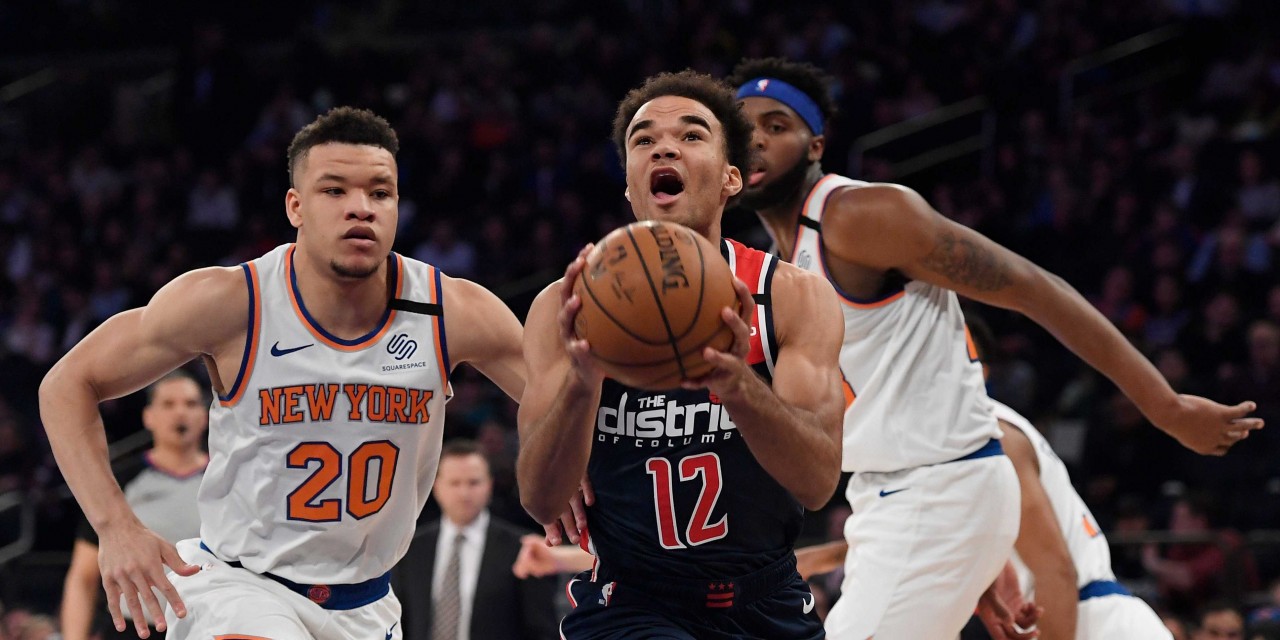 The Knicks are on the road for the next three games, testing their mettle against two bad teams (Wizards, Hawks) and one good one (Heat).

The New York Knicks (20-44) start their three-game southeastern road trip with a stop in the nation’s capital to face the Washington Wizards (23-40). Both teams are 3-7 over their last 10 games, and relatively out of the playoff race. The Wizards are technically in ninth place in the conference, but at 23-40 it would take a miracle for the Wiz to steal the eighth seed from the Orlando Magic.

Defense was the calling card in New York’s win against a skeleton crew Detroit Pistons team. Unlike the Pistons, the Wizards have a player who can be a one-man-army.

Bradley Beal is tonight’s main attraction. No matter how bad the Wizards may look, Beal has shown up and showed out. The All-Star guard has a pair of 50-point performances this season and eight 40-point nights, making him the one guy the Knicks should look to limit.

Here is what else to look out for in tonight’s game.

It was nice to see Kevin Knox continue to play with some confidence. Knox did not light the world on fire Sunday night, but did put together another solid performance. He shot 50.0% from the field for seven points in a little under 20 minutes.

The sharpest improvement in Knox’s game was on display against the Pistons: his help defense. Knox notched a pair of blocks for the second straight, which was enough for Mitchell Robinson to christen his teammate a “Block Bro.”

Hey everyone we want to welcome @KevKnox to the blocks bros. @kennywootenjr

Knox’s newfound ability to block shots should signal to Mike Miller to give Knox some minutes at the four. He has mainly played at the three this season, spending some minutes at the two, but neither seem to be his best position. Playing alongside Mitch at the four could be the answer, and maybe give fans a new reason to buy into Knox.

There are two reasons to watch the Knicks nowadays. The first is R.J. Barrett, the promising rookie who has played well for the most part since the All-Star break. The other reason has been Robinson, who once again stole the show on Sunday night with highlight reel blocks and lobs.

Over his last five games Robinson is averaging 13.2 points, 9.2 rebounds, and 2.2 blocks in 26.9 minutes per game. His minutes per game are finally creeping in the right direction, a good sign that Miller is finally giving his young guys proper time. Tonight should be another game we see heavy doses of Robinson.

Who is going to take the tough assignment of Beal? The duties can be split amongst the Knicks’ two promising guards. Barrett will have to get the first crack with the starters, and has to be up to the task from the jump. Barrett was able to answer the challenge when he was assigned Beal in New York, but Beal is too explosive to sleep on.

As the game progresses and the Knicks need stops, Frank Ntilikina could take over in trying to stifle the Wizards’ top scoring threat. Ntilikina has continued to make strides on his offensive game, allowing him to remain on the court late in games, but his best use is still hounding the opposing team’s best player.

If the Knicks are going to limit Beal it’s going to be a group effort. The duo of Barrett and Ntilikina gets better the longer they share the floor together. Tonight could be another step in their growing relationship.