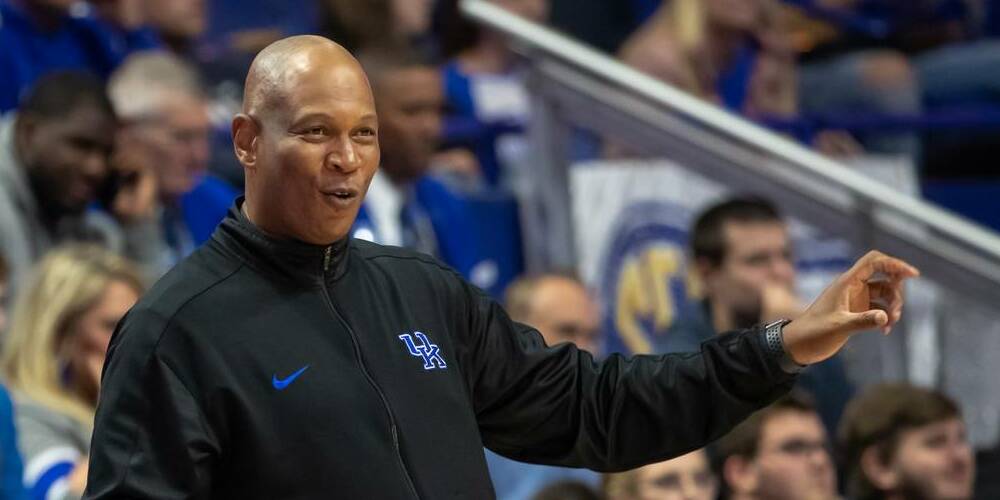 The New York Knicks have made their first formal assistant coaching hire, agreeing to a deal with University of Kentucky associate head coach Kenny Payne, per ESPN’s Adrian Wojnarowski. This is head coach Tom Thibodeau’s first addition to his bench, although several other names have been reported in the past.

Stadium’s Jeff Goodman first reported Payne was in talks with the Knicks about a role on Saturday.

Payne, 53, spent the last 10 years under John Calipari at Kentucky where the two have shared a decade-worth of success, including a national championship in 2012. Payne is also close with Knicks president Leon Rose and senior vice president William “World Wide Wes” Wesley, both known for their close ties to the Kentucky hoops network along Creative Artists Agency’s (CAA) sports division with which Rose and Wesley were very familiar before joining New York.

It is unknown what Payne’s role within the coaching staff will be, but an existing relationship with former Kentucky players Julius Randle and Kevin Knox could help both players improve on a disappointing 2019–20 campaign.

Wow, what a great birthday surprise…..Congratulations Coach KP! Welcome to the Knicks Family. 🙏🏽💪🏽

The Knicks have been criticized for their lack of player development, chiefly due to lack of progress to the second-year forward Knox, a former ninth-overall selection back in 2018, and third-year point guard Dennis Smith Jr., whom they acquired in the Kristaps Porzingis trade with the Dallas Mavericks. Injuries and considerable decreases in playing time for the respective young players have seen their development stall.

Payne is Thibodeau’s first assistant to join a revamped Knicks coaching staff, although it has been widely reported that former interim head coach Mike Miller and ex-Knicks coach Mike Woodson may join, too. The ‘Bockers performed a long head-coaching search that concluded on July 25th with hiring the former Coach of the Year and CAA client of Rose, Tom Thibodeau; New York interviewed a dozen people, including Miller and Woodson and former Brooklyn Nets head coach Kenny Atkinson, who also served as a Knicks assistant in his past career.

Payne joins a staff that was once rumored to be leaning towards asking Calipari to take the head coaching job, which Coach Cal declined despite possessing years worth of a relationship with both Rose and Wesley.

While the Knicks have been slow to remodel the coaching staff following Rose’s ascension to team president back in March, the former “super agent” appears to be sticking closet to his guns and hiring familiar names and faces.

Read the Knicks’ full statement on the Payne hire below:

This article has been updated with Kevin Knox’s tweet reacting to the Payne hire.