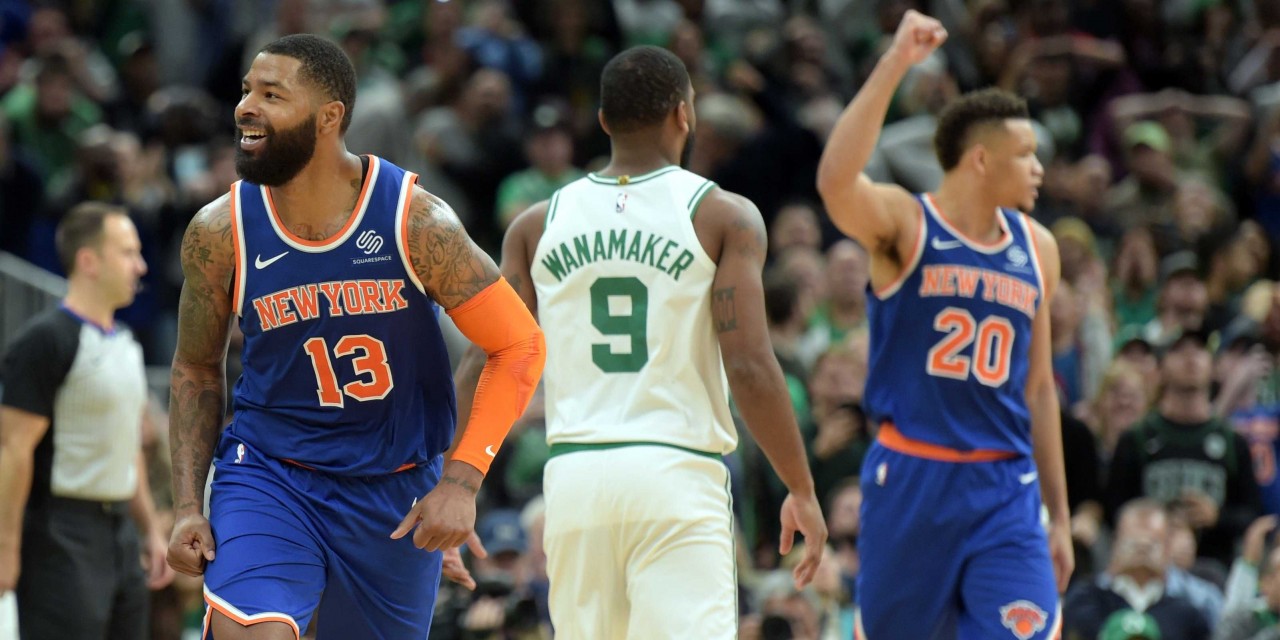 The Knicks were embarrassed by Philly twice in nine days by blowing sizable leads against their division foe. Now they play the Celtics again.

What kind of a monster schedules a basketball game right in the middle of NFL Sunday? The Jets and Giants stink anyway.

At some point the losing has to end, right? David Fizdale better hope it does, otherwise he may be home permanently for the holiday.

The Knicks have dropped five straight games and have yet to win a division game. They lost their two previous meetings against the Boston Celtics; one up in Boston and in New York.

Today’s matinee will be at the Garden as the Knicks try once again to right the ship. While the team has had stretches of above average play, they have been unable to sustain that level for a full 48. What can they do to change that? Let’s find out.

A main reason for their loss to the Sixers on Friday night was their abysmal performance at the charity stripe. As a team, the Knicks shot 57.6% (19-for-33), and this was not an outlier. New York ranks dead last in free throw percentage this season, hitting at a frigid 67.2%, a decent ways away from the 29th-ranked team the Milwaukee Bucks, who are shooting 71.7% from the line.

Until that part of their game is corrected, Fizdale’s squad should not expect to win close games any time soon. There is no excuse for being that anemic from the line; it’s a representation of the type of team they are.

Nobody Knows The Fiz

What in the world is going on in David Fizdale’s head? It is like his brain doesn’t allow him to make consecutive smart decisions. This week’s edition features his mismanagement of two of the team’s better young players: Allonzo Trier and Kevin Knox.

Both have been glued to the bench, á la Frank Ntilikina and Mitchell Robinson last season, due to poor defense. This would not be that big a deal if Julius Randle was glued right next to them. Or Bobby Portis. For the second straight season, Fizdale has given certain guys a longer leash than others.

The frustrating part is the shorter leashes tend to be on the young guys the team likes to say they are developing.

The Knicks are going nowhere quickly. The least Fizdale can do is throw the kids out there and see what he’s got.

No new City Edition jerseys from the Knicks this season—but after seeing some of the other City threads, it may be for the better. The Knicks will break them out for the first time tonight, and the Celtics will likely wear theirs.

Will he play or will he sit? Friday night was the first DNP (Coach’s Decision) of Knox’s career, and there was no clear reason for it. Knox was in a nice groove with the second unit, showing improvement shooting and even defending, before Fizdale foolishly started him at shooting guard last Sunday against the Nets.

Since then Knox has been seen sparingly. Will the punishment continue? If the Knicks were winning games this would be a minor issue, but they aren’t. If Knox receives another DNP-CD in a Knick loss, it may be time to seriously consider whether Fizdale even wants to be here anymore.