Knicks Hopeful With Returns from Injury Against Wounded Sixers 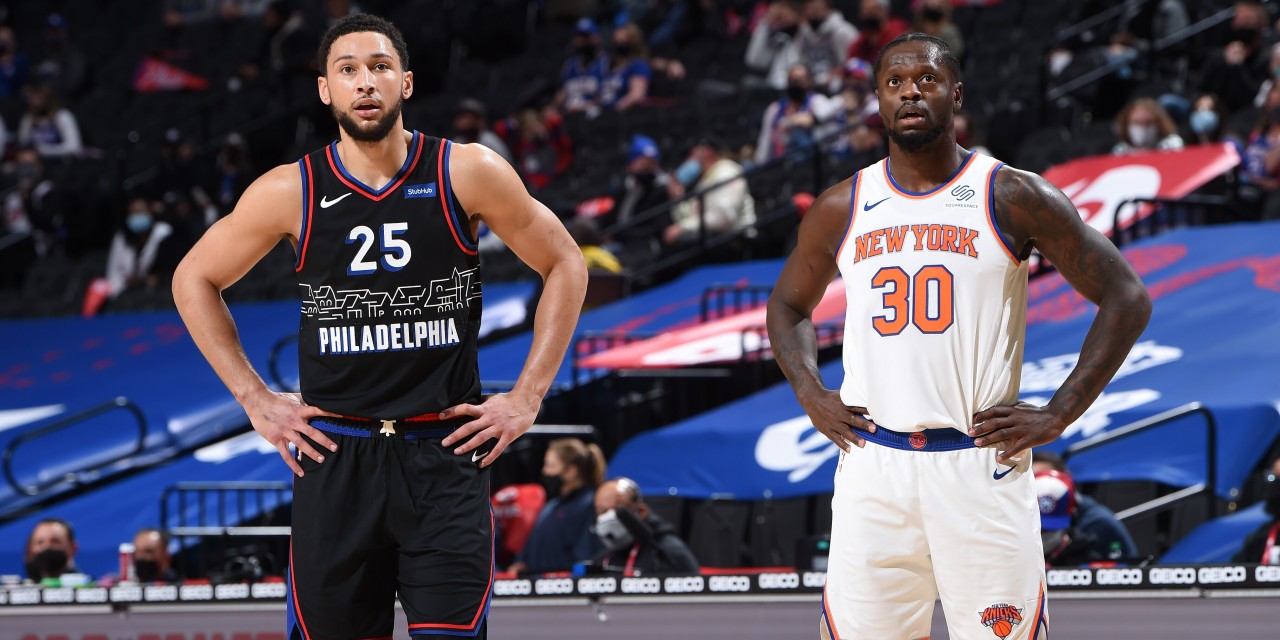 The Knicks catch the hurting Sixers on the second night of a back-to-back in New York with revenge on their mind and possible players returning from injury.

After wearing down late and losing a close game to the Philadelphia 76ers (29-13) on Tuesday, the New York Knicks (21-21) have an opportunity for revenge less than a week later.

This time around, the Knicks host the Sixers at Madison Square Garden for a Sunday night showdown.

New York is coming off a narrow 94-93 win over Orlando, which broke up a two-game losing skid.

Meanwhile, the Sixers bounced back from an overtime loss to Milwaukee with a win over Sacramento. Philadelphia has won seven of its last eight games.

The Knicks are looking to avoid the regular-season series sweep from Philadelphia. So far, they’ve lost both of their previous meetings this year.

The first loss came on December 26th, the Knicks’ home opener and the second game of the season. It was early on in the year, before New York found its footing, but it was outclassed by the Sixers. Although they lost the second meeting on the road on Tuesday, the Knicks’ improvement was on display, as they made it a much closer game.

Will the third time be the charm for the Knicks?

Although moral victories don’t count for anything, the Knicks’ growth was apparent from their first meeting. With an ailing team, they had a shot to tie and kept the game close against a top-two team in the East.

The Knicks also did that on the road. Philadelphia is 19-4 inside the comfort of the Wells Fargo Center, but only 10-9 away from it.

Fortunately for the Knicks, they won’t have to worry about Joel Embiid, who remains out with a bone bruise in his knee.

Seth Curry, who’s had no problem shooting a combined 7-of-11 from long range on the Knicks’ typically good three-point defense this season, is also expected to be out after suffering a sprained ankle late in their overtime game with Milwaukee.

Ben Simmons was a late addition to Philadelphia’s injury list before the Sixers’ game with Sacramento on Saturday night. His status for Sunday’s game is unknown, but it seems unlikely given the timing.

So, who’s left for Philadelphia?

Tobias Harris was a problem for the Knicks the last time out, scoring a game-high 30 points on 11-of-20 shooting, with a 4-of-6 clip from long range. With the Sixers’ injuries, he’s been stepping up and hasn’t had any problem with shouldering a bulk of the workload. He almost had a triple-double in Philadelphia’s win over Sacramento on Saturday, tallying 29 points, 11 boards, and eight assists.

Shake Milton filled in admirably in Simmons’ absence and had 28 points in their win on Saturday. Danny Green is known for his three-point shooting prowess, but he’s been pretty up-and-down all season and hasn’t had much success against the Knicks (combined nine points and 3-of-16 shooting through two games).

The Knicks could possibly be getting some key returnees for Sunday. Although Derrick Rose has already been ruled out for Sunday due to COVID-19 protocols, New York could be getting some help from potentially Mitchell Robinson, Immanuel Quickley, and Elfrid Payton.

Quickley (ankle) and Payton (hamstring) are both questionable to return. If not, expect another big dose of Frank Ntilikina and Alec Burks.

Robinson, who recently had surgery for a fractured hand, has been medically cleared to return. Whether that means Tom Thibodeau and his staff will actually give him the green light to play or not remains to be seen, but Robinson has made his feelings clear on the matter.