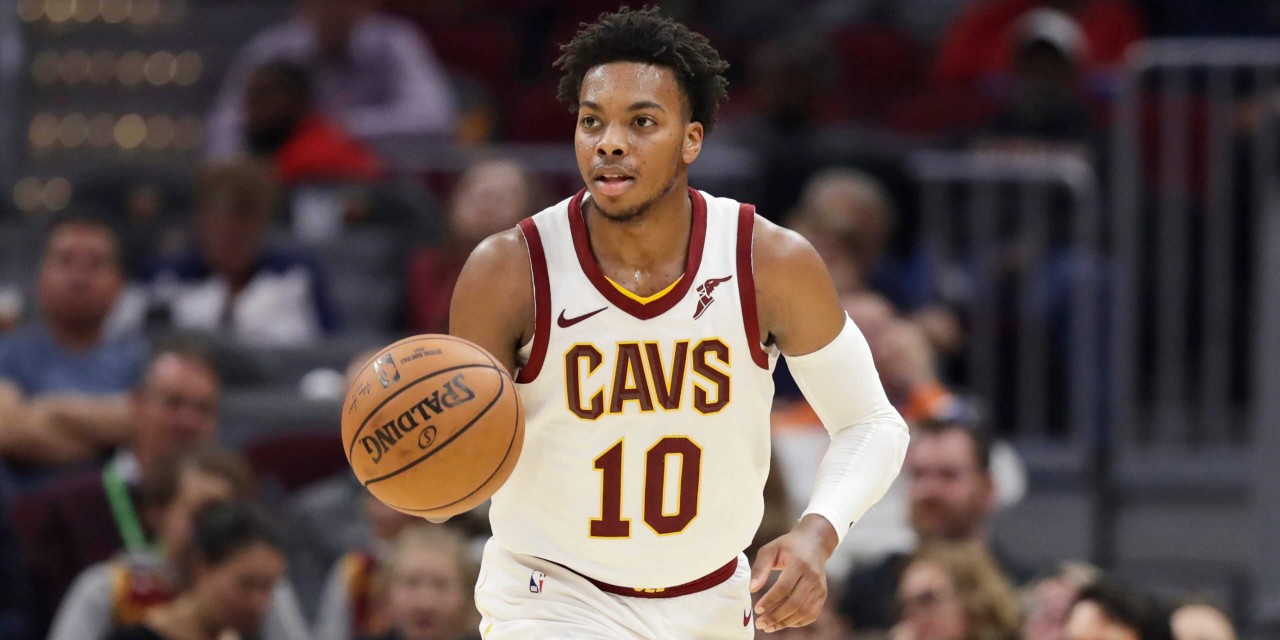 Coming off the high of taking down a familiar face on Friday, the Knicks head home and welcome Kevin Love and the Cleveland Cavaliers.

The New York Knicks (2-7) are in search of their first winning streak of the season, and they have a golden opportunity to do so when they host the Cleveland Cavaliers (3-5) Saturday night at MSG.

New York is coming off their best performance of the season, getting a solid win in Dallas against former Knick Kristaps Porzingis. Frank Ntilikina played arguably the best game of his career, including his signature shutdown defense and hitting four three-pointers to help the Knicks secure their first road win of the season.

Frank Ntilikina vs. the Mavs highlights.

Cleveland is led by a veteran frontcourt and youthful backcourt. Kevin Love and Tristian Thompson both lead the team in minutes played, points, and rebounds per game. With both Love and Thompson healthy and playing big minutes, the Knicks will have to fight for every rebound, especially with Mitchell Robinson out again with a concussion.

Coach David Fizdale started Taj Gibson Friday night in Dallas, and he will have to continue to ride both Gibson and Bobby Portis at the 5 while the second-year center sits out. Gibson had a solid night in his first start as a Knick, with 12 points on six shots and eight rebounds. Gibson doesn’t get lost on defense nearly as much as Portis does, making him the safer option in the starting lineup.

The starting guard duo of Collin Sexton and Darius Garland will see most of the minutes in the backcourt. Their relationship is in its infancy; both are recent lottery picks trying to find chemistry together. Sexton is an able jump shooter, making offensive production a bit easier for the duo, but as a ball handler posts an abysmal assist percentage at 11.6%. Garland is proving be a more willing passer in his first few games in the NBA, but his jump shot isn’t falling yet. After missing most of his only college season, his jump shot is the primary reason Cleveland’s general manager Koby Altman used the fifth pick on him back in June.

Coach David Fizdale will put Ntilikina on either of the guards, making life much more difficult them. Though Ntilikina can guard players much taller than him, the Cavaliers are extremely thin on wings; their only players of note from the position are Cedi Osman and rookie Kevin Porter Jr.

Marcus Morris is coming off an electrifying performance in Dallas, shooting 4-of-8 from three with 29 points, carrying much of the offensive load. The Knicks should keep feeding him against Cleveland, as the Cavs don’t have many players his size who will be able to defend him consistently. New York has struggled to score in the halfcourt, and Mook’s shooting has helped them stay above water.

Marcus Morris with the stepback 3 over the Pony pic.twitter.com/Wo090zys9I

Note to Fizdale: Stop treating Julius Randle like he’s James Harden. Randle iso possessions are unbearable to watch, and if he barrels into the lane and loses the ball one more time, I’m smashing my TV. Thompson and Love will be guarding him, two capable defenders who will take charges and stop Randle from backing the ball down into the paint for a bucket. The offense works better when the ball is moving around, and Randle can be part of that offense as his jump shot continues to fall a bit more often. Julius should be attacking mismatches when he has the ball, but his inability to pass when there is not clear path to scoring is infuriating.

Ntilikina has essentially cinched the starting point-guard position. His play Friday night was electrifying, hitting four three-pointers and notching four assists, four steals, and three blocks. He was absolutely everywhere on defense, clogging passing lanes and playing one-on-one defense against Luka Doncic as well as anybody can. His aggressiveness on offense is wonderful to watch, and he has seized his recent opportunity to shine in the absence of point guards Dennis Smith Jr. and Elfrid Payton. Cleveland’s weak perimeter defense should enable Ntilikina to continue stroking it from deep in what could be another great performance.

Newsday‘s Steve Popper reports the Knicks will have the same starting lineup against Cleveland, with Robinson missing the next two games and guards Dennis Smith Jr. and Elfrid Payton out again.

Same starters for Knicks tonight and same guys out of action.