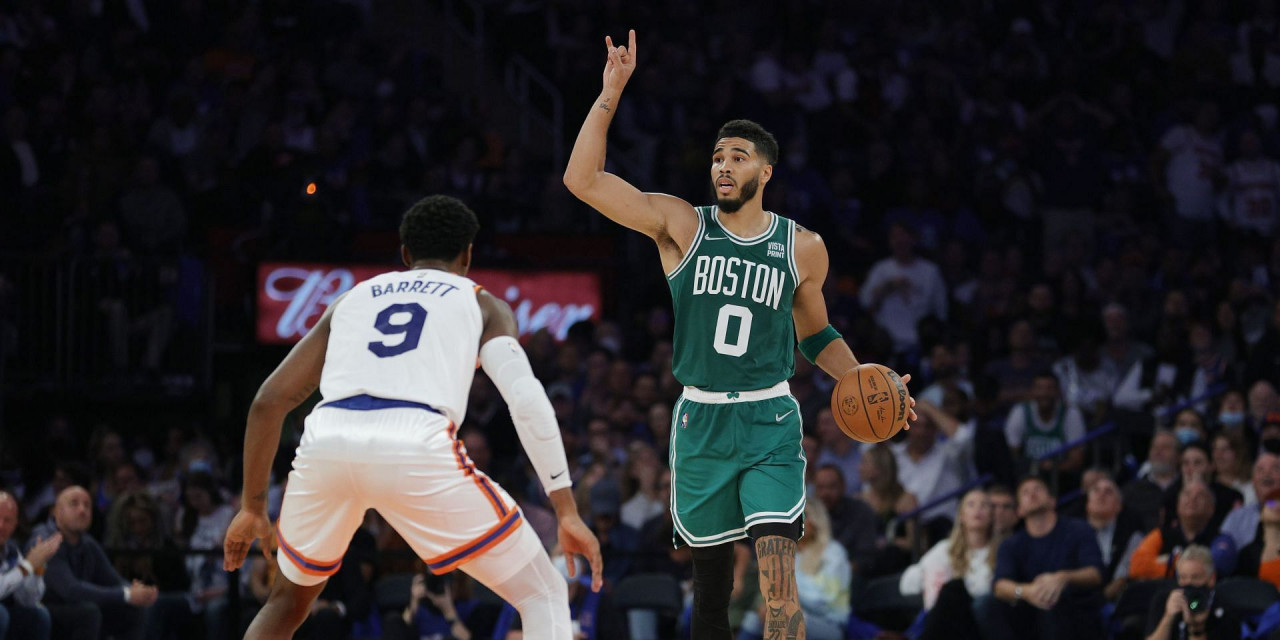 Fresh off a feel-good victory in which their stars shone and the defense came through down the stretch, the Knicks match up with the Celtics.

The New York Knicks (18-20) aim for their second consecutive victory when the Boston Celtics (18-19) come to town on Thursday. This game marks the first of a home-and-home series with Boston as the Knicks will visit the TD Garden on Saturday.

These two teams have split their season series to this point. New York came out on top in the first matchup with a 138-134 double-overtime win on October 20th, spearheaded by 67 combined points from Julius Randle and Evan Fournier in the season-opener. Meanwhile, Boston triumphed over New York during the second showdown on December 18th, 114-107, largely thanks to a 27-point effort from Josh Richardson off the bench (his season-high).

The Knicks and Celtics enter the new year in eerily similar situations. Both squads have fallen flat of their preseason expectations and find themselves at the bottom of the Eastern Conference play-in picture. Both have star players (Julius Randle and Jayson Tatum) that have been up-and-down after career years the season prior. There’s no way around it—New York and Boston have been two of the most underachieving clubs in the NBA. But with more than half of the regular season yet to be played, there’s seemingly enough time for them to right the ship.

Fournier shows up against Boston

Evan Fournier’s play has been a lightning rod for criticism among Knicks fans this season. The criticism is justified—Fournier has been as streaky as they come offensively (40.3 field-goal percentage on the year) and nothing short of a liability on the other end. To boot, his four-year, $78 million contract already looks to be a massive overpay and one that the Knicks will try to move sooner rather than later. But for all of Fournier’s flaws (there are plenty), there’s no denying that he’s brought his A-game this year when facing off against his old team, the Celtics.

It’s a small sample size (two games), but Fournier averages 32 points against Boston, far and away his highest against any team. Maybe even more impressive is his usage rate and accuracy from three-point range when facing the green. He’s attempted 11.5 treys per contest and has nailed them at a 43.5% clip. Fournier clearly plays with a chip on his shoulder when facing Boston. Perhaps it’s because they declined to offer him a contract extension this past offseason. Whatever the case may be behind Fournier’s hot shooting versus the C’s, the Knicks need more of the same from the Frenchman. It’ll be interesting to see if Boston ends up putting one of its perimeter irritants (Marcus Smart or Josh Richardson) on Fournier in hopes of keeping him in check.

After entering COVID protocols earlier this month, Mitchell Robinson made his return to the lineup versus the Indiana Pacers on Tuesday and tallied eight points and eight rebounds in 25 minutes off the bench. Robinson couldn’t have come back at a more opportune time, as the Knicks will play their next two games against Boston, who has a number of quality bigs on its roster.

THROW IT DOWN MITCH 🔨 pic.twitter.com/9rhUp9xuFw

Al Horford, Robert Williams, and Grant Williams aren’t sexy names by any stretch, but all boast impressive skill sets that must be accounted for on both ends. Horford is a tried and true playmaking hub for this Celtics team, Robert Williams is an elite lob threat and shot-blocker, and Grant Williams has been a revelation from three-point land (44.1% on 3.5 attempts). And with Nerlens Noel questionable to play on Thursday due to reconditioning, Robinson could spend stretches guarding all three behemoths. Boston is equipped with a lot of size and talent in its frontcourt. It’s ultimately up to Robinson to keep the opposing bigs from feasting in the paint, on the glass, or behind the arc.