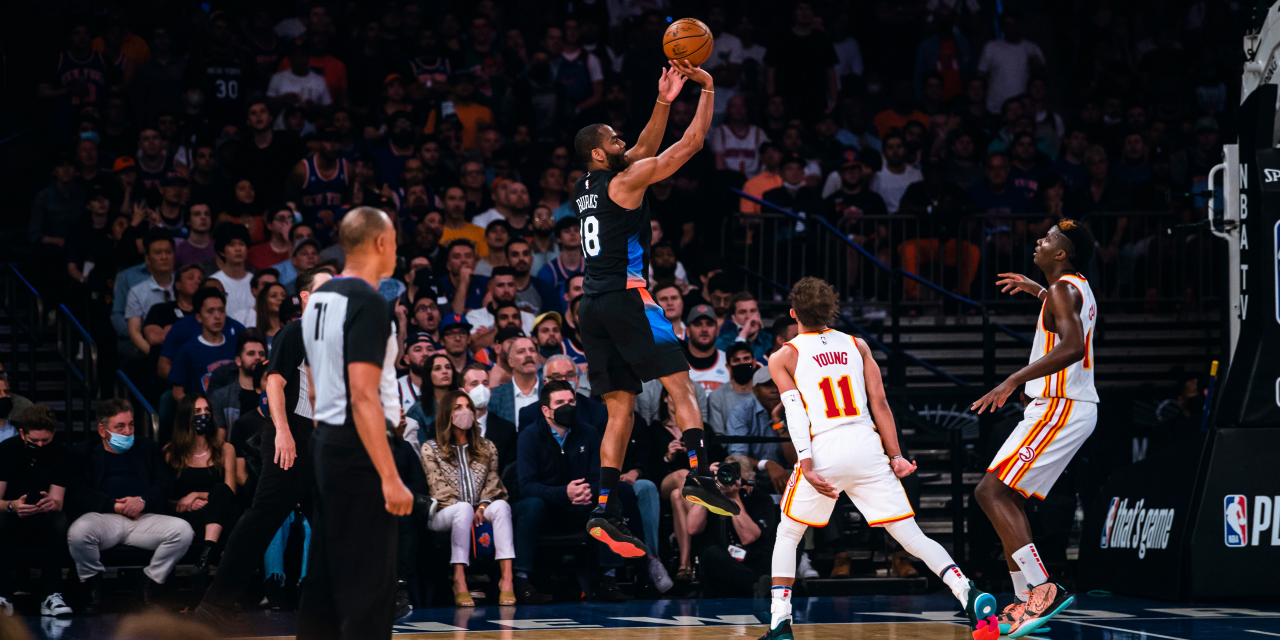 The Knicks return to their regularly scheduled Christmas Day game, this time in a grudge match at home against Trae Young and the Hawks.

The New York Knicks are returning to the NBA’s prestigious Christmas Day slate of games for the 2021–22 season, the league revealed on Tuesday. After missing the past two Christmases with their usual spot on national television, the Knicks are back, this time hosting their newfound rival Atlanta Hawks.

The Knicks and Hawks will face off at noon ET on December 25th, 2021, following Atlanta’s first-round playoff victory over New York last June.

The last time the ‘Bockers appeared on national television on Christmas Day was a 2018 defeat to Giannis Antetokounmpo and the Milwaukee Bucks.

More NBA from me: https://t.co/LGN9cVpeGP

The Knicks will open their 2021–22 NBA season on October 20th against the Boston Celtics—New York’s new frontcourt’s former squad. The day before is the NBA’s tip-off; Milwaukee and Brooklyn are playing each other along with the Los Angeles Lakers and Golden State Warriors.

Joining New York and Atlanta are the Bucks and Celtics, Warriors and Suns, Nets and Lakers, and Mavericks and Jazz for the NBA’s Christmas Day slate.

The NBA has tailored their Christmas Day schedule around budding rivalries, with the last season’s Finals matchup usually rematching on the holiday along with popular teams like the Lakers and Knicks. New York was a mainstay on Christmas Day, as this will be their 20th appearance in 39 years since the NBA launched their national television event for the holiday. Of the first six national appearances on Christmas, the NBA produced five Knicks-Nets matchups, including the iconic Bernard King 60-point performance. In total, the ‘Bockers are 22-31 on Christmas.

Madison Square Garden and the Knicks will get a chance to revisit their five-game first-round loss to the Hawks, who wound up beating the Knicks’ rival Philadelphia 76ers in seven games before bowing out to the eventual champion Antetokounmpo and the Bucks in the 2021 postseason.