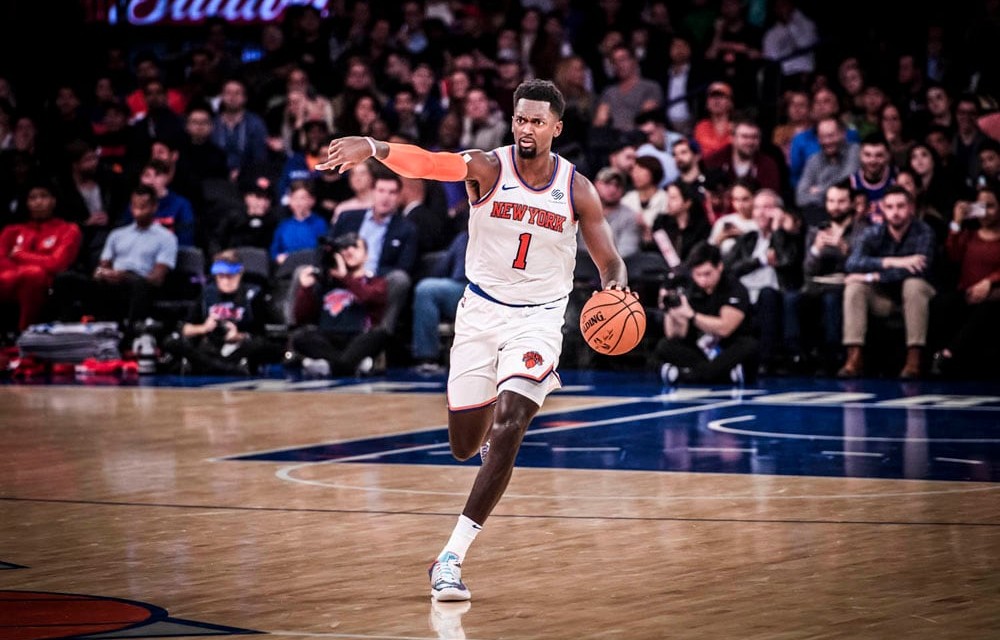 RJ Barrett and the Knicks face off against his former Duke teammate Cam Reddish alongside budding star Trae Young and the young Hawks.

Following a disappointing loss last Friday against the Wizards, the Knicks will square off against Trae Young and the Atlanta Hawks on Wednesday night in a battle of two rebuilding teams looking for success this season.

The Hawks have struggled so far in the 2019–20 preseason, failing to win a single game so far after a blowout loss to the Miami Heat and two close contests against the New Orleans Pelicans and the Orlando Magic. The Knicks, who have managed to win a game, come into the Garden tonight looking to avenge a 16-point loss to the Wizards, in which they allowed a 41-17 run that completely flattened any momentum they had during the game.

The Hawks have had a rough start to their preseason, beginning with having to play rookie sensation Zion Williamson in a game he completely dominated. Atlanta then lost to the Magic in a relatively close game, and ended up being blown out by the new look Heat.

The Hawks’ primary playmaker, Trae Young, has been looking to improve the quality of his play following a very successful rookie campaign. So far, Young is shooting 43% from the field, averaging 16.7 points and dishing out 6.7 assists a game. He’s looked good, but he’s looked like he’s by himself sometimes. With Taurean Prince leaving for Brooklyn, the Hawks have to rely on their other young prospects like Kevin Huerter and John Collins to take that next step and fill in as a second prominent player. Rookies De’Andre Hunter and Cam Reddish have shown promise but still have a lot to prove as lottery picks. Let’s take a look at some of the storylines going into tonight’s game.

The point guard position has been of the spots the Knicks have been lacking in since nearly forever, and New York is hoping to rectify that with their current rotation. The Knicks currently have three designated point guards in Dennis Smith Jr., Frank Ntilikina, and Elfird Payton. Smith Jr. has largely been viewed as the likely starter, but with back issues sidelining him at the beginning of the preseason, Payton was the first to start at point guard.

However, with Smith returning to action tonight and Ntilikina looking to carry momentum from his FIBA World Cup appearance into this season, the point guard competition has ramped up. Coach David Fizdale recently stated that the position is still up for grabs, and that these final two preseason games will help him make that decision. All three have their own unique strengths and weaknesses, so it’ll be interesting to see how Fizdale builds the rotations as we approach the season.

R.J. Barrett has started his preseason off strong so far, averaging 16 points, seven rebounds, and two assists. His impressive play has even convinced Coach Fizdale to plan on using Barrett as a primary ball-handler in certain scenarios, which will further open up his game and create more opportunities for scoring and passing. Barrett will aim to build off of his previous performances as he faces off against his former Duke teammate Cam Reddish.

Damyean Dotson and Kevin Knox will both make their return to action tonight as well after missing the Knicks’ last game. Dotson has missed the entire preseason so far following offseason shoulder surgery and was initially believed to miss the entire preseason. Knox will rejoin the lineup tonight after a strained right calf kept him from practicing last week.

The Knicks tip-off tonight is at 8:00 p.m. EST, broadcast on both MSG Network and ESPN.

A healthy Dennis Smith Jr. will start at point guard for the Knicks tonight. Additionally, Mitchell Robinson is not starting at center on Wednesday; Bobby Portis gets the nod, per Newsday‘s Steve Popper. 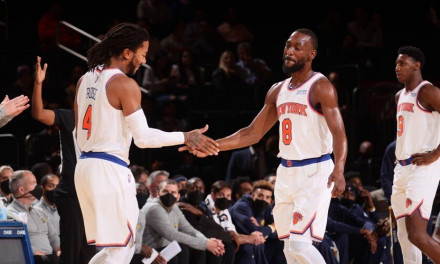 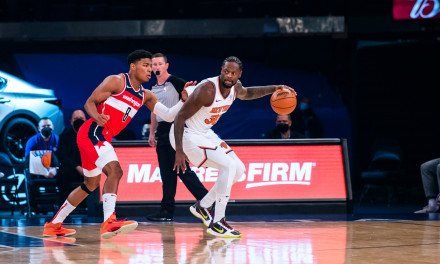 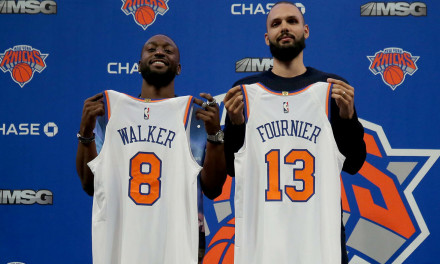