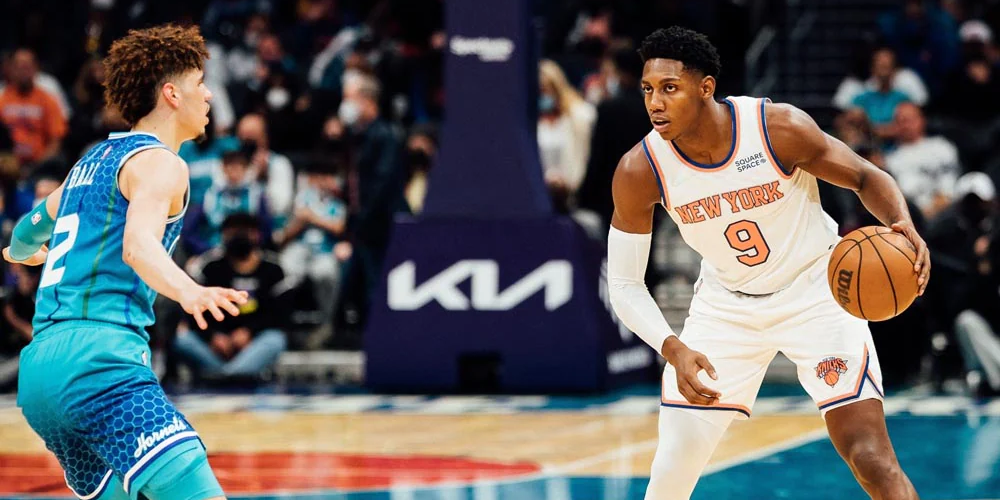 LaMelo Ball is in town as the Knicks start a four-game homestand and a huge opportunity to tie the Hornets and keep rising in the Eastern Conference.

Don’t look now, but the New York Knicks (22-21) are getting hot. The team has won their last five home games to improve to 11-11 at home, erasing an embarrassing start to their season defending the Garden. Up next is LaMelo Ball and the always electric Charlotte Hornets (23-20) for an MLK Day matinee.

Ball’s Garden debut did not go well. The point guard scored just eight points on an ugly shooting night (26.7% from the field) in his only game at MSG last season. He has yet to have a big game against the Knicks, averaging 9.3 points, 11.3 rebounds, and 6.7 assists in three career games against them. Still, Ball is one of the most electric players in the league, more than capable of orchestrating an MLK Day masterpiece.

The Hornets have their work cut for them. RJ Barrett is on fire, Julius Randle is feeling like himself, and the starting lineup, in general, is heating up. The past two games have been the best for the starting lineup since opening night. In both games, each starter scored double digits. The results were two wins, one against a previously hot Mavericks team.

This has all ingredients for a fun game. Both teams are 7-3 in their last 10, and one team is trying to get over a bad loss to the Orlando Magic, the other looking to get above .500 at home.

Here is what else to look out for.

Shooting Star or Here to Stay?

Rowan Barrett Jr.’s buzzer-beater against the Boston Celtics could have been his super Saiyan breakthrough moment. All those Robert Williams swats birthed his growing signature move and helped Barrett level up.

Since that Celtics game, Barrett is averaging 29.7 points, 5.0 rebounds, 3.0 assists per game on 53-56-82, and the Knicks have won all three games. Barrett becoming the leading scorer has helped Randle get back in a groove, and has occurred parallel to Mitchell Robinson’s rise in play.

Barrett breakouts have happened before; the question is how long can he keep his play at this level? Right now, the answer to that question feels like a very long time. Barrett is not connecting on a high degree of tough shots, he’s just taking and making good shots.

His only game against the Hornets this year was a disaster, his lowest scoring total of the season. Barrett scored two points on 1-of-9 shooting in a game his team could have used him.

Today offers a chance for redemption, and the zone Barrett is in, this could be another great opportunity to make a statement.

RJ Barrett isn’t the only one heating up from deep. He’s had snipers flanking him.

Over the last seven games, Evan Fournier has led the team in three-point percentage at 52.2% on a healthy 7.7 attempts. The help from outside has made it easier for Barrett to get to the rim.

Also helping space the floor, and garnering growing admiration from his head coach, is Quentin Grimes. The rookie is shooting 45.8% from deep and 50.0% from the floor. Grimes’ quick-draw release has made him the seamless fit he felt like on draft night, rapidly offering the same dynamic Reggie Bullock provided last season.

Kemba Walker (knee) is questionable with that persistently sore knee. Nerlens Noel is also dealing with a sore knee and has already been ruled out. Also out is new Knick Cam Reddish (ankle).

For the Hornets, only Kelly Oubre Jr. (health and safety protocols) is out.