Knicks Host Kings in Meeting of Two Clubs at Crossroads 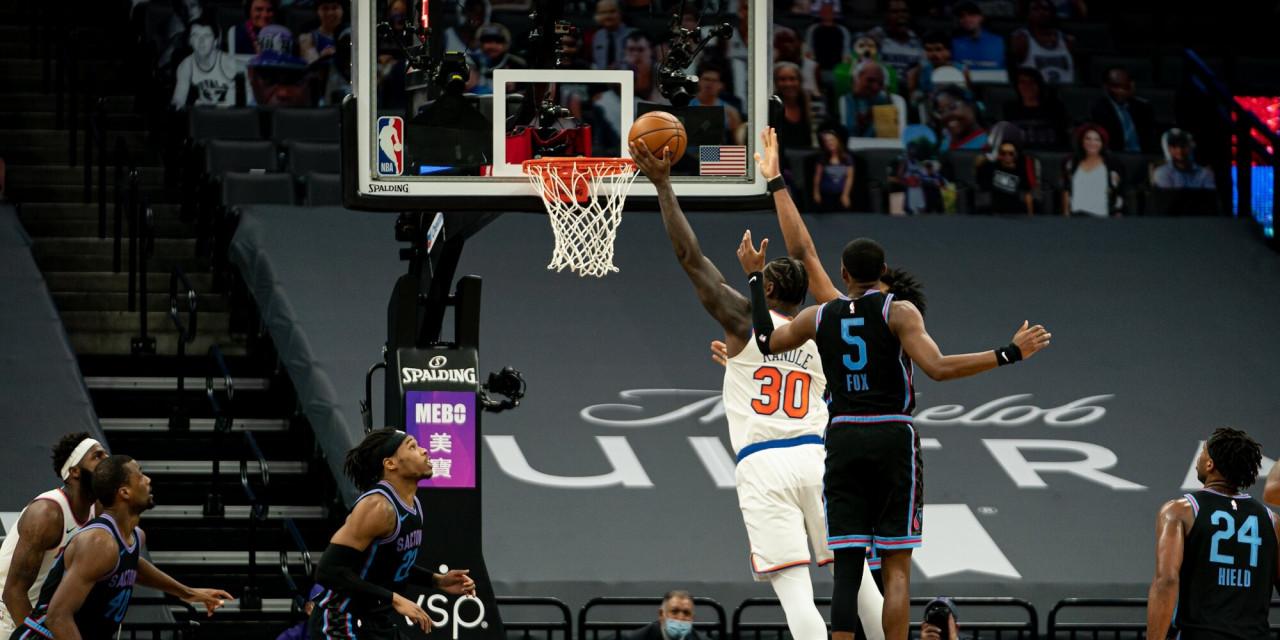 Neither the Knicks nor Kings are having fun seasons. Both squads could use a winning streak before a busy trade season.

The New York Knicks (23-27) return home to take on the (18-33) Sacramento Kings at the Garden. Coming off a national television loss to the Milwaukee Bucks, the Knicks will look to put an end to their three-game slide.

The Knicks have not been able to get into any sort of a groove recently and it starts with their highest-paid player, Julius Randle. Randle’s play as well as his effort on the court have been very uninspiring as of late. He hasn’t totaled consecutive 20-point outputs in 12 games, dating back to January 4th and 6th. If that was the only area of his game that had taken a noticeable drop, it could be conceivable it was just a drought. Unfortunately, that has not been the case and Randle has seen drastic drops in all major statistical categories as well as his body language amongst the team.

The Kings come to town in the middle of their own spiral as well. With the NBA trade deadline getting closer each day, the Kings find themselves at the forefront of the news. As of yesterday, it was widely reported that they have pulled out of the Ben Simmons hunt. That has not stopped the news, as their young explosive guard De’Aaron Fox is among the top names who could be on the move.

After drafting Davion Mitchell in the first round last year and the emergence of second-year guard Tyrese Haliburton, it is increasingly likely that Fox could be on his way out. Although the Kings have not experienced much success since drafting Fox, he has established himself as a top young guard in this league with his combination of speed and craftiness. Fox’s market will be highly robust and trading for him will not come cheaply.

Could the Knicks and Kings look to swap their top players before the deadline? I think that it is a deal that could be very worthwhile for both franchises. The Knicks would finally have a young lead guard to push the pace and establish a team identity along with Barrett, Toppin, and the younger players. Barrett would also be able to ascend into the role of a top playmaker on the team instead of being a sidekick to Randle.

A move to Sacramento would allow Randle to have his own lead role in a less prominent city where there is less of a spotlight and narrative surrounding the team. I think that would be the best situation for Randle to achieve his full potential. The Kings can build around their young backcourt and prominent frontline scorer in Randle. Ian Begley of SNY reported last week that some members of the Kings’ front office were interested in acquiring Randle last year.

PrizePicks of the Night

Getting Back on Track

The Knicks have been unable to get into any sort of a rhythm as a team of late. Despite the overall struggles, Barrett has been playing some of the best basketball of his young career, averaging 23.3 points, 6.5 rebounds, and 3.3 assists per game over his last 10 games. He has shown the ability to consistently make plays for himself and others while not seeing a dip in his shooting percentages. If the Knicks hope to get this season back on track they have to make Barrett the focal point of the offense and allow him to play on the ball.

RJ gets his first points of the 2nd half on a corner three pic.twitter.com/nI0EE04Net

The Knicks will still be without Derrick Rose for the foreseeable future. He hopes to return to action shortly after the All-Star break, he told the media this past week, the first time speaking since his injury. The only rotation player also listed on the injury report is Nerlens Noel, probable with a sore knee.

The Kings have listed Terence Davis and Marvin Bagley III out tonight while Fox is questionable with a sore ankle.

Tonight’s game will be broadcast on MSG Network and NBC Sports California at 7:30 p.m. ET.