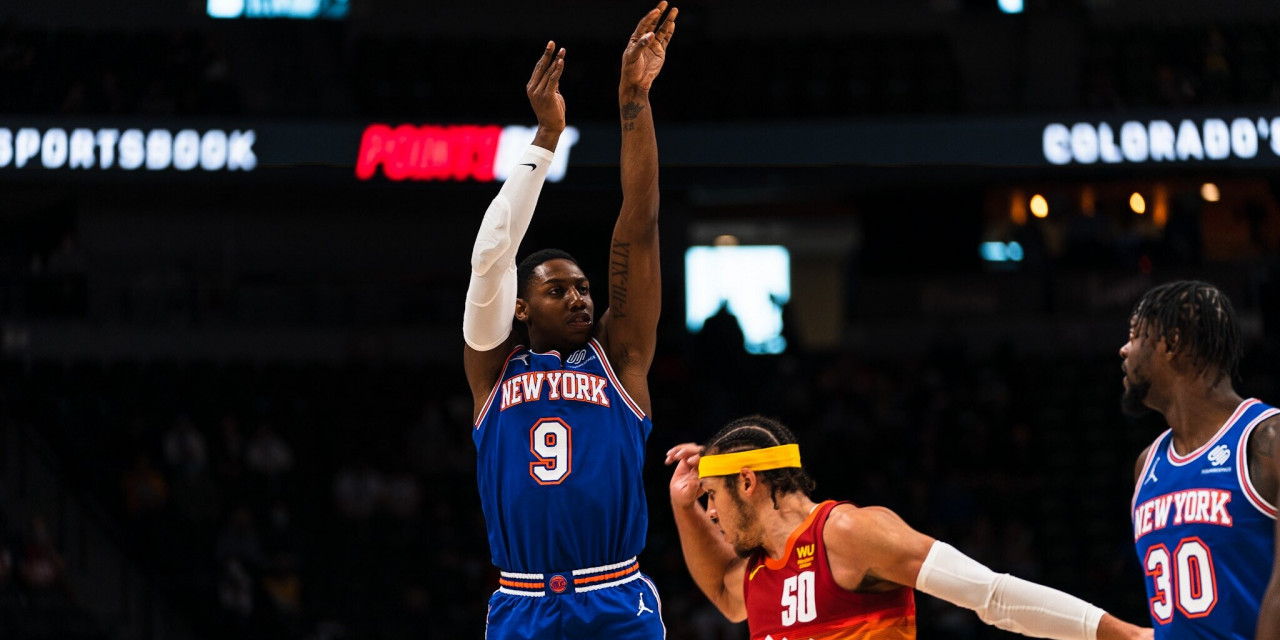 The Knicks, still looking to find a rhythm, will play Nikola Jokic and the Nuggets for a Saturday matinee tilt at Madison Square Garden.

After another disappointing loss—this time at the hands of the Chicago Bulls, which put them at a .500 record for the first time this season—the New York Knicks (11-11) welcome the Denver Nuggets (10-11) to Madison Square Garden for a Saturday matinee.

This Nuggets club is vulnerable and wounded right now. Recently, they’ve lost one of their top players, Michael Porter Jr., who will undergo back surgery and is likely out for the rest of the season. Denver has been one of the more disappointing surprises after being a dominant team the last couple of seasons.


Denver is coming off of a brutal 1-4 stretch that has seen them reach a low point, most recently losing a game to the 5-18 Orlando Magic, who gave the Knicks plenty of trouble earlier this season. Denver will also be without backup center Bol Bol, who joins rookie guard Bones Hyland and former Knick Austin Rivers in the league’s health and safety protocol. The Nuggets will notably still be without point guard Jamal Murray, who continues to rehab his torn ACL and has no timetable for return.

The Nuggets have been in the news lately—more specifically their star center and the league’s reigning MVP, Nikola Jokic, and his brothers in their ever-going saga with the Miami Heat. Jokic got into an altercation earlier this season with Miami Heat forward Markeiff Morris and ended up serving a one-game suspension for the incident. Despite the turmoil and lack of team success, the Joker is having an incredible individual season, averaging 25.7 points a game to go with 13.8 rebounds and 6.4 assists. He is sure to give the Knicks plenty of trouble, with New York being short-handed at the center position lately.

New York’s own backup center, Nerlens Noel, is listed as day-to-day dealing with a knee injury and is questionable versus the Nuggets after missing the last tilt with the Bulls. Rookie Jericho Sims also missed the last contest against Chicago with a non-COVID illness; he is questionable for Saturday afternoon.

RJ Barrett also missed the game against Chicago after leaving Tuesday’s game against the Brooklyn Nets with illness. Barrett’s perimeter defense was sorely missed late in the game against Chicago, where DeMar DeRozan was getting whatever he wanted in the midrange. DeRozan, the NBA’s leading scorer in the fourth, scored 18 of 34 total points in the final quarter, sealing the game for the Bulls late. The Knicks are hoping to get back Barrett for Saturday, as he continues to find his footing in this third year.

There have been some encouraging signs from Julius Randle as of late, and he will try to keep that going against a compromised Nuggets team. The Knicks must do a better job of protecting the ball; Randle himself committed seven of New York’s 18 turnovers that included a backbreaker with the game tied 111-111 and less than a minute left in regulation. Denver would normally be a tall task for the Knicks, but the Nuggets are ripe for the taking and are coming into the hostile territory after a bad loss to a very bad team.

The Knicks hope to make the month of December more memorable than November was. After starting the season 5-1, New York had a dreadful November, going 6-9 while barely keeping their heads above water. With some winnable games coming up to start the new month, the Knicks hope to change their fortunes against Denver and get things going in the right direction again.