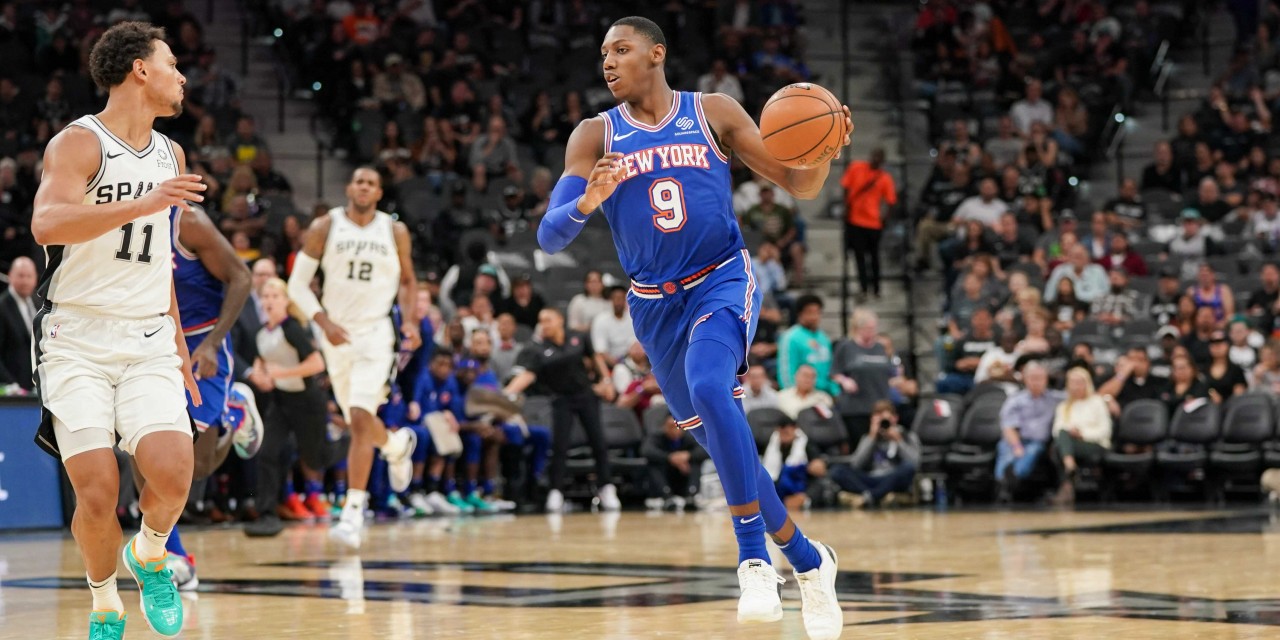 The Spurs come to New York on the second night of a back-to-back—and losing eight straight—while the Knicks had two days to rest.

Saturday the New York Knicks take on the San Antonio Spurs, a floundering team on the second half of a back-to-back. This is the second game that the Spurs will face off against New York this season, with the Knicks falling to San Antonio in the season opener last month. With both teams well below .500 already, it seems that a win for either is a moral victory more than a climb towards relevance.

San Antonio has taken on the antithesis of New York’s three-forward starting lineup by starting three guards in Dejounte Murray, Bryn Forbes at the 2, and DeMar DeRozan at small forward. The criticism about New York going backwards in terms of lineups have all been done before. If New York hopes to contend against a team built for speed they’ll need to hit miraculous shots or match the Spurs’ tempo, likely going small.

However, the starting front court of Marcus Morris, Julius Randle, and Taj Gibson is considered to be the only one that “works,” so any adjustment in Fizdale’s lineup is unlikely. In lieu of his early performances as coach this season, it’s doubtful that Coach Fizdale will surprise anyone with a small, guard-heavy lineup.

Kevin Knox had a tremendous start to this season, but all the same he’s still an awful defender. DeRozan took advantage of that in the first contest, drawing fouls late in the game with his expert ball-handling. He played Knox like a fiddle. Fizdale has admitted that Knox has been a very trash defender and has been benching him the past couple games. Wayne Ellington isn’t much of a replacement on defense, or even on offense for that matter. All the same, hopefully this strategy pushes Knox to become at least passable on defense because it indeed makes him a net negative on the court.

Both Dejounte Murray and Derrick White are day-to-day for the Spurs, potentially leaving Bryn Forbes and Patty Mills as players having high minutes in their stead. This will be the first time Frank Ntilikina and R.J. Barrett face off against the Spurs as a starting backcourt. If they can slow down the replacements or the injured starters, the Knicks may stand a chance against the Spurs. The scoring load has not been placed on either’s shoulders recently, but getting to the basket repeatedly throughout the game could open up the floor for their teammates.

Both the Knicks and the Spurs are coming off of losses that appear to be the story for both teams this season. The Spurs’ winning culture is counting for as little as the Knicks grit. Pulling off a win won’t change anyone’s power rankings, but it could take a bit of the heat off of David Fizdale.

»READ: David Fizdale locks in on the “character” of his team amid another rumor storm