Knicks in MSG for Tilt with Playoff-Bound Bucks 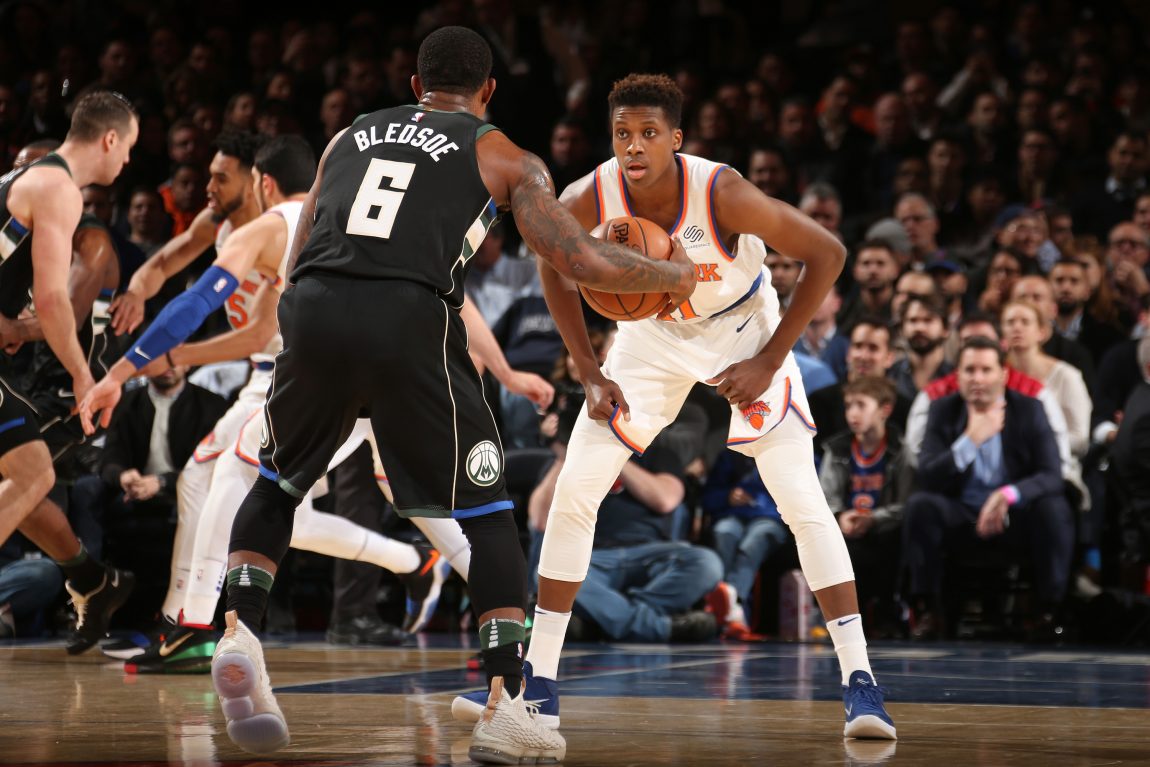 A game between two depleted teams awaits at the Garden tonight.

The New York Knicks (28-51) will host the 7th seeded Milwaukee Bucks (42-37) tonight in the final head-to-head matchup of the season for the Eastern Conference foes.

Coming off a 24-point blowout win of the Heat, the Knicks are now a full game ahead of Chicago’s 8th spot in the lottery, with little hope of moving down before the season ends. As for Milwaukee, they’ve managed to get themselves into a favorable series with the injury-riddled Boston Celtics if the current standings hold, so they’ll want to keep their 7th spot in the East as the season comes to a close.

Both teams will come into tonight’s game with significant pieces missing from their lineups. The Knicks, going full tank, have Tim Hardaway Jr. (sprained left ankle) and Enes Kanter (sore lower back) listed as doubtful, while Michael Beasley (contused left knee) and Lance Thomas (illness) are listed as questionable to play tonight. Additionally, Emmanuel Mudiay (concussion) and Troy Williams (jaw surgery) remain out of the lineup. As for the Bucks, reigning Rookie of the Year Malcom Brogdon is listed as probable, while star Giannis Antetokounmpo (right ankle soreness), Shabazz Muhammed (right ankle sprain), and Matthew Dellevadova (right ankle sprain) are all out tonight.

The amount of talent out with injuries makes the outlook for this game pretty ugly, but at least the playing field will be somewhat evened out if the Knicks play some of their top guys.

Following the best game of his young career, Damyean Dotson will look to follow up last night’s 30-point game with another big outing tonight against Milwaukee.

Damyean Dotson had a career night in the Knicks win over Miami. And it wasn’t just hot shooting; he turned defense into offense, moved well without the ball, and rebounded (@TheKnicksWall) pic.twitter.com/VDNJbiE3jW

He’ll likely get an increase in minutes tonight, thanks to last night’s scoring explosion and the multitude of injuries affecting the Knicks.

A loss for New York tonight would bring them within half a game of the 8th spot in the draft lottery, while a win would eliminate almost any possibility of falling any lower. Tip-off for tonight’s game is set for 7:30 p.m. EST.

Last year’s rookie of the year Malcolm Brogdon, along with the Greak Freak Giannis Antetokounmpo, will be out for tonight, per the Daily News‘ Stefan Bondy.