Knicks in Texas for Rodeo With Spurs 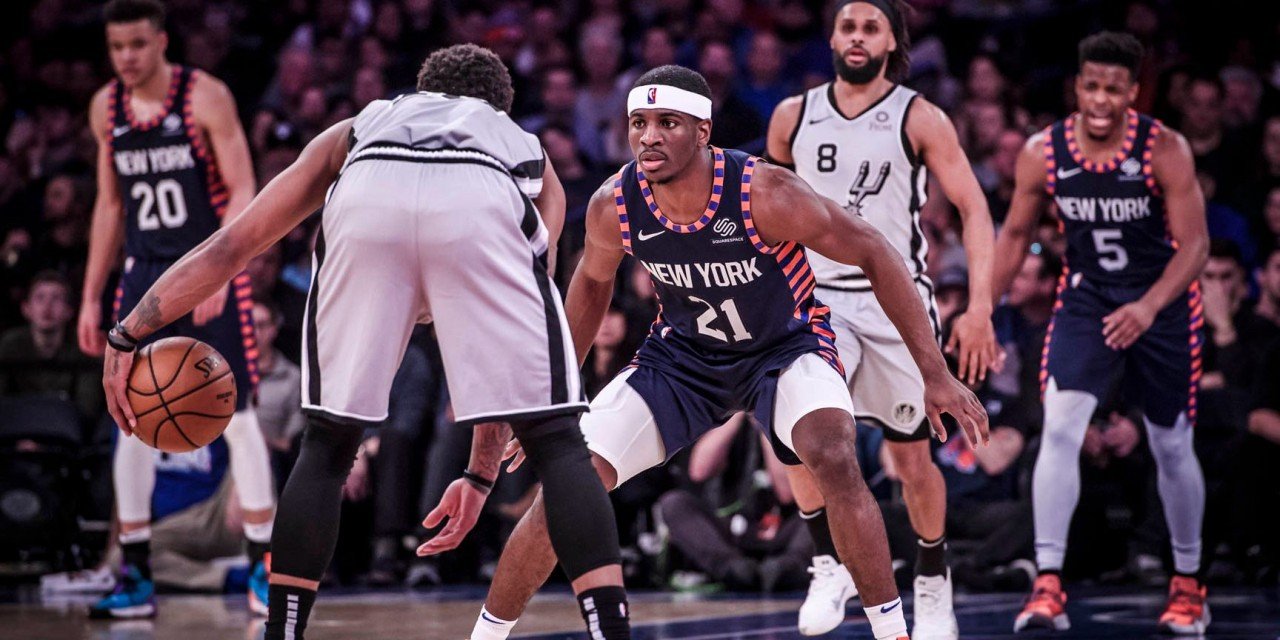 The Knicks are in San Antonio to face DeMar DeRozan and the Spurs for the second and final time this season.

With the way the New York Knicks (13-55) are playing, it’s hard to believe that at one point they actually took down the San Antonio Spurs.

As a matter of fact, the Knicks defeated the Spurs back on February 24th for their first win at Madison Square Garden in 2019. It was also during the Knicks’ best stretch of the season, when they won three games in a four-game window last month.

It was a loss San Antonio (39-29) couldn’t afford, as they are currently in a tight race for seeding within the Western Conference. The Spurs enter Friday night’s game in sixth place. The Houston Rockets currently hold the third spot in the West and the Utah Jazz are in eighth place—the two teams are separated by just 4.5 games.

While the Spurs got tripped up at Madison Square Garden, they’re definitely going to be inspired to avoid making the same mistake in the rubber match at San Antonio.

Tip-off is at 8:30 p.m. ET—all happening during NCAA conference tournament play, if you prefer watching these Knicks over Zion Williamson and Duke.

When the Knicks beat the Spurs a month ago, a number of things were going incredibly right for New York. For starters, they shot the lights out, knocking down 51 percent of its shots and going 16-of-37 (43.2 percent) from long range.

To their credit, San Antonio did pretty well, they just couldn’t stop the Knicks’ hot hand from burning down Madison Square Garden. The Spurs had a number of different scorers pitching in, with DeMar DeRozan leading the way on a solid 32-point, nine-rebound, and four-assist performance. They didn’t have problems with turnovers. Sure, they could have shot a lot better than just 6-of-24 (25 percent) from long range, but San Antonio just ran into a Knicks team that was on fire.

That New York win was in the middle of a bizarre-yet-enjoyable four-game stretch for the Knicks. Now, the Spurs are coming in hot, riding a six-game winning streak. DeRozan is coming off of an impressive game against the Dallas Mavericks, where he had 33 points, four boards, six assists, and four steals. However, LaMarcus Aldridge is the player that has really dialed up the intensity as of late.

Aldridge is on pace to have his best month of basketball this season. Since we flipped the calendar to March, he’s averaging 27.6 points and 10 rebounds, while shooting 57.3 percent on the floor.

Getting DSJ and Iso Zo Back on Track

Last time out, we got to see Emmanuel Mudiay start to get back on the right track. He was able to help the team lead a potential comeback (which fell short)—instead of struggling to score and turning the ball over at an alarming rate.

Dennis Smith Jr. has been scoring at a better rate, but he has also been struggling with turnovers as of late. Against the Spurs on Feb. 24, Smith dazzled in his ninth game as a Knick. He had 19 points, six rebounds, and 13 assists—without a single turnover. Smith has been up-and-down with the Knicks, but maybe he can find success once again and get into a groove. He’s the best playmaker on this team and hopefully, he can break out of this funk and find greater consistency. However, Smith will be absent from tonight’s game, missing his return to Texas with sore back, per Newsday‘s Steve Popper. Kadeem Allen has been recalled from Westchester.

Allonzo Trier is coming off one of his worst performances as a Knick—one where he couldn’t hit a shot or take care of the ball. However, unlike Smith, he didn’t show any promise in the previous meeting against the Spurs—scoring just nine points on 3-of-10 shooting.

Damyean Dotson led the Knicks over the Spurs in their previous meeting, cashing in on 8-of-13 three-point attempts en route to a 27-point game. He was a bit inefficient against the Pacers on Tuesday night (just 6-of-16 on the floor), but overall, he’s been solid at scoring—as well as the other things, like rebounding and setting up his teammates—over the last couple of games.

It’ll be compelling to see if Dotson could even come close to that red-hot performance he had against the Spurs, but more importantly, seeing him get another chance at going up against DeRozan.