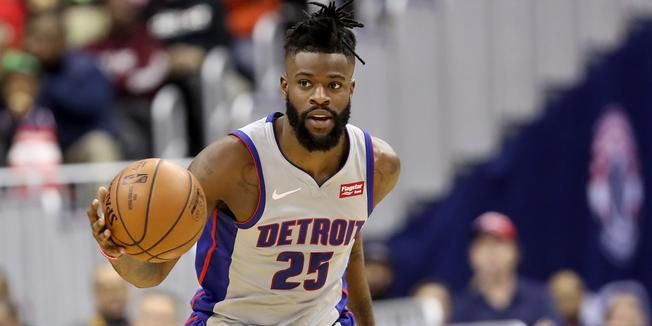 The Knicks finally get shooting depth following a string of big men signings as they come to a two-year agreement with Reggie Bullock.

The New York Knicks are signing unrestricted free agent wing Reggie Bullock to a two-year deal worth $21 million, per The Athletic’s Shams Charania.

Bullock, 28, last played for the Los Angeles Lakers following the NBA trade deadline move by the Detroit Pistons, which sent a second-round pick to Motor City. He’s known for his proficient outside shooting ability and length at the wing positions at 6-foot-7.

Bullock was drafted 25th overall in the 2013 NBA Draft by the Los Angeles Clippers. He’s a North Carolina native and wound up playing for the Tar Heels for three seasons prior to declaring for the draft. Bullock averaged 13.9 points at UNC during his junior, and final, year.

Bullock spent three-odd years with the Pistons after playing only one and a half seasons with the Clippers. In between those two stints, he was on the Phoenix Suns, where he mostly played in the G League. Bullock is another example of a quality player finding himself with assistance in the NBA’s developmental league—a type of player this New York front office has prioritized over the last two years.

Bullock reportedly met with the Knicks in Los Angeles, as top ‘Bockers brass is out west to meet with free agent and two-time Finals MVP Kawhi Leonard. Following the Bullock signing, however, it’s unlikely the Knicks have room to accommodate the max-worthy Leonard.