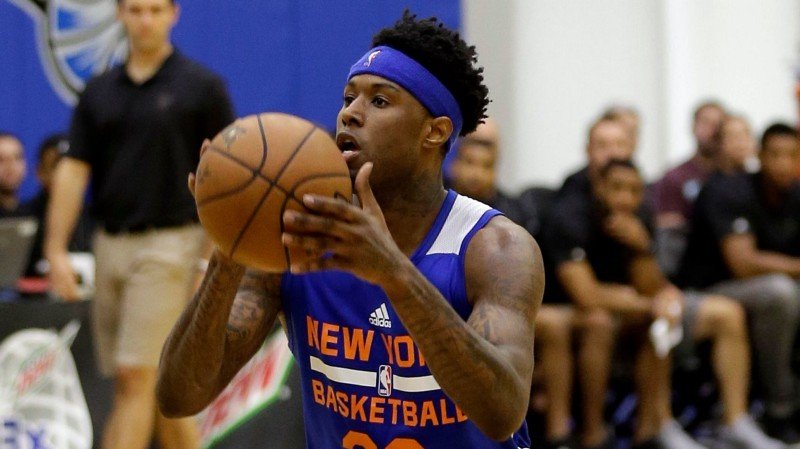 The Knicks have waived the former Pittsburgh Panther, trimming the roster down to 19 players.

The Knicks announce that they have waived forward Jamel Artis. Strange timing. He was productive in limited minutes last night.

Timing is surprising because I thought Artis would have a chance to play w/NYK for more of the preseason. Helps Nigel Hayes & Rathan-Mayes. https://t.co/RwYYMi06C8

After averaging 8.8 points and 2.4 boards during the Orlando Summer League, Artis’ chance to make the team is over. As Begley notes, the timing is a bit strange, considering that Artis put up 5 points in just seven minutes played last night against the Nets. He did all he could during his limited minutes to convince the coaching staff to let him stick around, but they clearly were not inclined to give him any more looks.

The Knicks still hold one of their two available two-way contracts, with Luke Kornet’s ink dry on his deal. Artis’ name is now out of the running. Begley correctly deduces that this helps out the other summer league holdovers looking to lock down a roster spot, Xavier Rathan-Mayes and Nigel Hayes. Hayes and Artis are cut from the same cloth in terms of size, so this move is a sign that they prefer Hayes to Artis. May the best man win.

We could see Artis pop up again for Westchester down the road if the Knicks want to keep him around and track his development, but for now, he’s been tossed back into the growing pile of four year collegiate players that can’t seem to land a gig in the NBA.

UPDATE: Not so fast! Our very own Jeffrey Bellone has some updates about Artis’ contract situation:

Exhibit 10 allows a team to convert a standard contract to 2-way, while protecting salary otherwise pro-rated by days of service https://t.co/UBZnkdCVDB

So essentially, if Artis stays with the Westchester Knicks for 60 days, he will earn a bonus of $50,000. Keep getting them checks, young man. We’ll see you at the County Center.