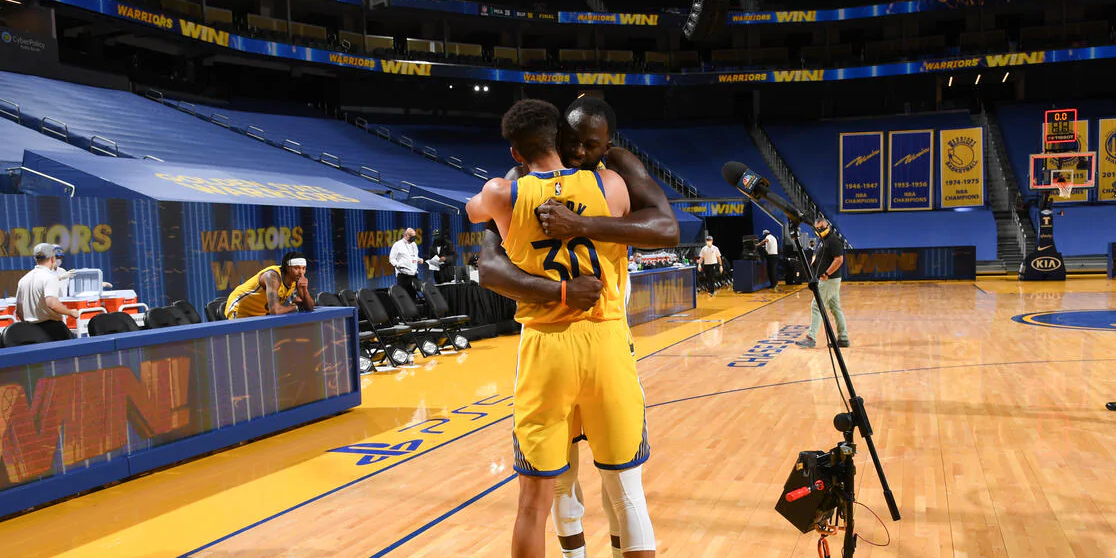 Pulling themselves from a five-game skid, the Knicks are hot and seeking a third straight win as they start a West Coast road trip against the Warriors.

The New York Knicks’ (7-8) first matchup on their West Coast swing will be in the Bay Area against Stephen Curry, Draymond Green, and the Golden State Warriors (8-6). The Knicks are looking to secure their third straight victory and get back to .500 while the Warriors desire to gain some ground in a very strong Pacific Division.

After an injury-ravaged, awful season a year ago, the Warriors are seeking to get back to their old dominant selves. The devastating Klay Thompson Achilles injury temporarily derailed those plans, but Steph Curry is back and appears more formidable than ever as he looks to lead this young cast of characters back to the playoffs. Curry is currently averaging 28.1 points, 6.3 assists, and 5.6 rebounds, per ESPN Stats, and has looked like an MVP candidate and is showing everyone again how incredible he is.

Tip-off from Chase Center is at 10 p.m. ET. As we get closer to the start of the game, this page will have updated NBA odds.

It goes without saying that the Knicks’ number one focus tonight should be limiting Curry, who has previously erupted against New York, including his 54-point performance at MSG eight years back. He has since eclipsed that total with his 62-point game nearly three weeks ago.

Aside from Curry, Golden State has been uncharacteristically below average from behind the arc, ranking 20th in the NBA in three-point percentage, per NBA Stats. With rookie James Wiseman still trying to establish his long-range game and Kelly Oubre Jr. working his way back from a historically bad shooting beginning to the season, the Warriors aren’t quite what they used to be from the perimeter. Expect the Knicks to send the kitchen sink at Curry and just force the other surrounding players to beat them.

Both Julius Randle and R.J. Barrett have been on a roll recently, propelling the Knicks to two straight victories. Randle has been excellent in multiple facets all season and looks to take advantage of a less-than-stellar defensive big rotation of the Warriors.

Wiseman is very raw and has experienced some standard growing pains on defense this year and other rotational bigs Kevon Looney and Eric Paschall aren’t too stout defensively down low. Randle can have a field day in San Francisco this evening and if he can set the tone early in the paint area, it will go a long way in opening up the floor for the Knicks’ offense.

As for R.J. Barrett, finding consistency will be a big indicator of future success. Barrett has been very efficient recently and he will be challenged tonight by Draymond Green, a very good defensive player. If Barrett can have a great game this evening against a guy like Green, we could look back on this game as a turning point in terms of the sophomore swingman becoming more of a consistent threat and working his way towards being a star for New York.

Good Morning to everyone but especially to RJ Barrettpic.twitter.com/lH37GuJd3F

Editor’s note: This piece was corrected after publishing. It initially mentioned Marquese Chriss in the Warriors’ rotation; however, Chriss is out for the season after a broken leg.