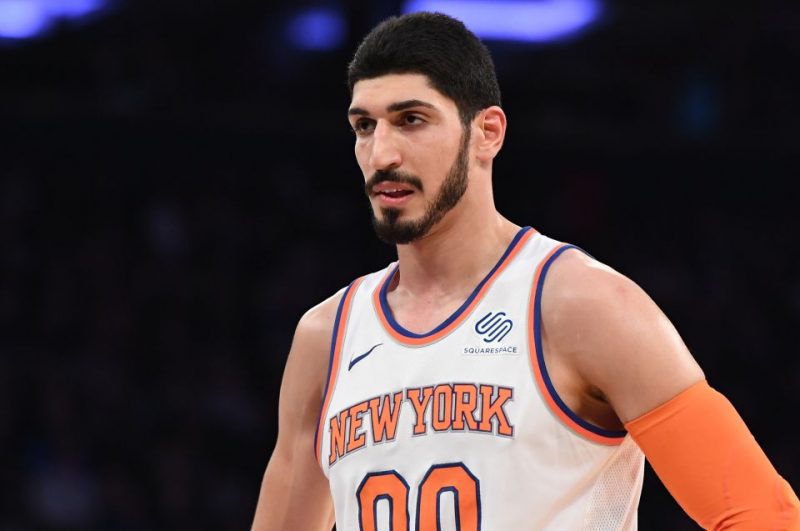 In a matchup between two tanking squads, the Knicks will be in Orlando on Thursday night to take on Evan Fournier and the Magic.

Coming off of an extended period of rest from All-Star weekend festivities in which only a single Knick was able to participate (love you sweet baby Frankie), the Knicks (23-36) head down to sunny Orlando to take on the hapless Magic (18-39) in a race to the bottom of the standings.

FRANK NTILIKINA WITH ANOTHER DUNK!

He did a little bit of everything in a classic Ntilikina game and finished with six points, five assists, four rebounds, and three steals in 18 minutes of action.

Now let’s get into what to watch for in the night’s marquee tanking matchup.

With Porzingis sidelined for the rest of this season, the Knicks organization is best suited looking to the future and prioritizing the development of their young players. While Jeff Hornacek has resisted the youth movement through most of the season, he indicated over the All-Star break that changes may be coming to the Knicks rotation:

Jeff Hornacek says younger players like Ntilikina, Mudiay and Burke will get more minutes the rest of the season. In the second answer, he talks about playing Ntilikina at PG: pic.twitter.com/p4dze4vg3r

Ian Begley reported that Mudiay was getting reps in practice the other day with the starting unit, and that all indicators point towards him starting in Orlando. With Mudiay likely starting, how will Hornacek stagger his rotations in using Ntilikina, Trey Burke, and Damyean Dotson? Will Jarrett Jack see the floor at all? What will happen to Courtney Lee’s minutes?

Tonight’s lineups could be telling for the way Hornacek plans to approach his rotations for the remainder of the season.

Hardaway Jr. broke out of a major shooting slump with a big 32-point first half in the Knicks’ last game before the All-Star break. He couldn’t maintain that hot shooting even into the second half of that game, in which he scored just five points in route to an enormous 27-point blown lead.

With Hornacek leaning towards his young guys going forward and the Knicks having a plethora of young guards, it seems that Hardaway will likely play the remainder of the season at the 3-spot. The Knicks are particularly thin with just Lance Thomas and newly signed Troy Williams projecting as the only pure 3’s on the roster.

As outlined here, getting Timmy more time at small forward will give him an opportunity to learn how to cut better and develop some rapport with the Knicks young guards. Hopefully, this will lead to some more consistency through the rest of the season and his 4-year deal.

Other things to watch for:

What made Troy Williams a top recruit out of high school and keeps professional teams interested in him today is his explosiveness—on full display when he won the D-League Dunk Contest last year pic.twitter.com/r7HRyepi03