Knicks Kickstart Unofficial Second Half of the Season With Timberwolves Matchup 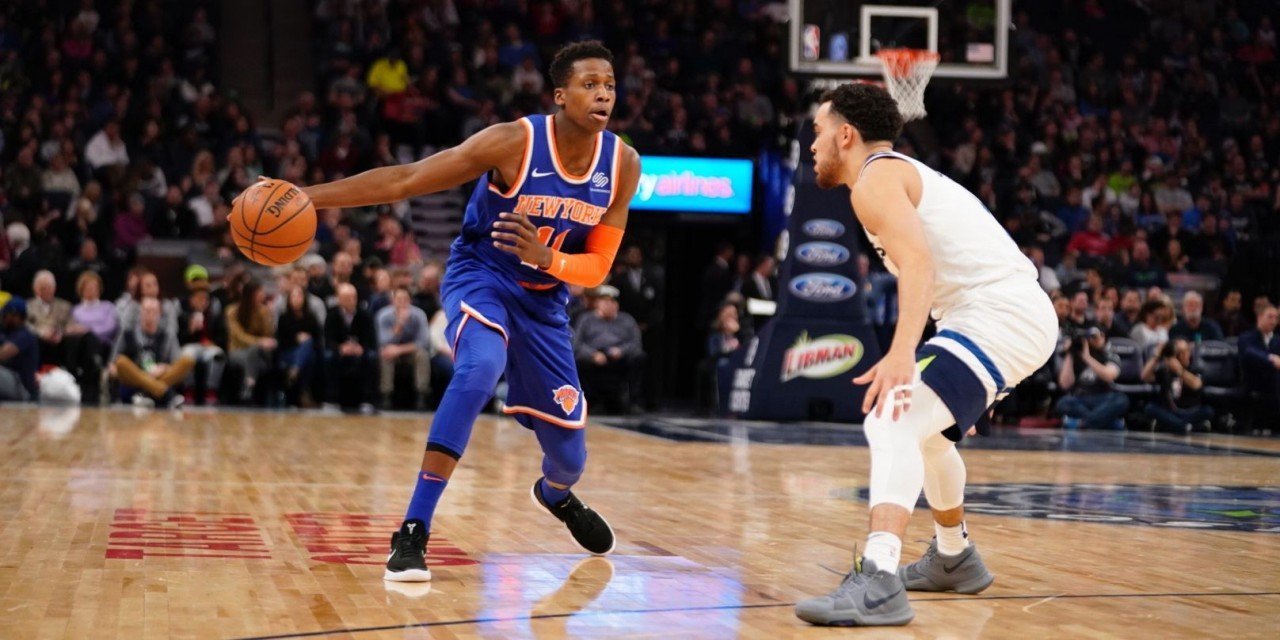 With more new faces and rookie Mitchell Robinson building momentum, the Knicks look to get their first win at home in 2019 against the Timberwolves.

After a nice restful break and All-Star Weekend festivities, the tankathon for Zion Williamson continues—although Knick fans are probably still catching their breaths after Wednesday night’s bizarre scare in the opening moments of the Duke–North Carolina rivalry game.

Duke head coach Mike Krzyzewski said after the game that it was just a “mild knee sprain” and that his knee is still stable. So while the blow isn’t as serious for Williamson’s career and the Knicks’ seemingly all-in approach to tank for the next one-and-done phenomenon, it was scary nonetheless.

The Knicks (11-47) will continue to control what they can with a game on Friday night against the Minnesota Timberwolves (27-30).

Both teams are coming out of the All-Star break fresh off wins the last time they stepped onto the court. New York got its second win since the New Year, beating the Atlanta Hawks to break a franchise-high 18-game losing streak. The Knicks are still in search of their first win at Madison Square Garden in 2019, and the Minnesota Timberwolves will be bent on not slipping up against the Knicks. They’re in hot pursuit of one of the last available playoff seeds and have some ground to gain. They came into All-Star weekend after back-to-back wins against the Los Angeles Clippers and Houston Rockets.

This will be the first meeting between both teams this season. Last year, Minnesota swept New York in both regular-season meetings. Tip-off is 7:30 p.m. ET on Friday.

If there’s anything to look forward to for the rest of the season, it’s the development of the younger players—particularly the rookies. Mitchell Robinson has continued to grow, putting together some of his best basketball going into the All-Star break. His production on a per-minute basis is definitely impressive, as he develops into a well-rounded contributor on both ends of the floor—throwing down impressive slams, cleaning up the glass, and providing some rim protection by rejecting the competition.

While he takes the backseat to the older veteran DeAndre Jordan, Robinson looks to carry his momentum into the last stretch of the season.

Expect Robinson to get some time against Minnesota’s Karl-Anthony Towns. The buzz and drama surrounding the Timberwolves might have died down with Jimmy Butler’s departure, but don’t let that distract you from the fact that Towns is very much a good player. The applause he earned his first two years might have quieted down a bit, but Towns is an All-Star and still very productive.

Towns leads the Timberwolves with 23.1, 12.0 rebounds, and 1.8 blocks per game. Matching up against an established, talented young center in Towns should provide a good test for Robinson. Foul trouble has been his main issue in terms of staying on the floor. Can he hold his own? Will it be another noticeable step in his ongoing development?

The Knicks made a couple of moves over the break, bringing in two new guys after cutting a few loose. John Jenkins—who appeared in a couple of games before All-Star Weekend and was a standout player with G League Affiliate Westchester Knicks—got a two-year deal, and recent 10-day signee Henry Ellenson has made his way onto the team.

Jenkins has already introduced himself to the Knicks, playing extended minutes in the Feb. 14th win over Atlanta. He had a decent outing, supplying 14 points, five boards, and a pair of assists through 26 minutes off the bench.

Ellenson’s role is still somewhat unclear in terms of minutes and playing time in the rotation—it may not be much early on. He’s another new Knick hoping to re-establish himself this season and find a fresh start. Ellenson, a former standout at Marquette and 2016 first-round draft pick by the Detroit Pistons, has been a mainstay in the G League. He’s played in just 59 games since coming into the league as a one-and-done player. He may prove to be another value pick-up for the Knicks, much like Luke Kornet, Kadeem Allen, and now John Jenkins.

Ellenson has some concerns defensively, but he’s a big capable of stretching the floor. He’s got a nice frame which helps him inside and on the glass. Tonight will be the start of his 10-day audition.

Also, keep an eye out for the other new additions. Dennis Smith Jr. is doing well since joining the Knicks, and seems to be profiting off of his new surroundings and enjoying New York. Kadeem Allen is a nice gem from the G League and adds a much-needed spark off the bench.

UPDATE: Karl-Anthony Towns was involved in a car accident on Thursday, per FOX9 Minneapolis. He did not participate in shootaround and is listed as questionable for Friday’s tilt.