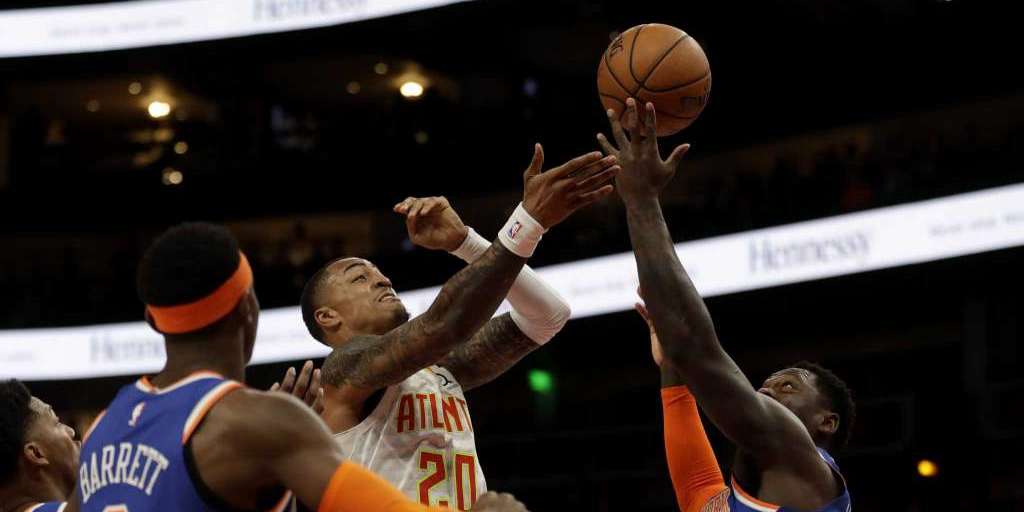 Bizarre times were abound as the Knicks may have just finished the 2019-20 season win an overtime win against the Hawks in Atlanta.

The New York Knicks (21-45) defeated the Atlanta Hawks (20-47) in overtime by a final score of 136-131. Trae Young finished with 42 points and 11 assists for Atlanta, while Julius Randle finished with 31 points, 11 rebounds, and three assists for the Knicks.

The NBA has suspended the season.

After Utah Jazz center Rudy Gobert tested positive for the coronavirus (COVID-19), the NBA moved swiftly to suspend the rest of the season. Honestly, it was bound to happen, as the NBA moved to holding games without fans earlier in the day. The next step was to cancel the season and allow the pandemic to be handled. Until we get a better grasp on things, it’s best that the season be cancelled.

With that, let’s talk about what seems to be the last game of the season for the Knicks, as it was a doozy. New York started off really well, putting pressure on Atlanta defensively, before putting on a show on the offensive end. The combination of Taj Gibson and Julius Randle started off with the team’s first four baskets, but it was a group effort attacking Atlanta’s defense early and often.

It didn’t stop there, either. Kevin Knox knocked down a few threes, as did Randle, all while Frank Ntilikina did a good job defending Trae Young on the perimeter. The Knicks truly had no issues handling Atlanta’s defense early on, and they led for the entire first half.

The second half? That’s where things got interesting.

The Knicks still led, but the cracks began to show. The defensive rotations were slow, the shots weren’t falling from the outside, but Mitchell Robinson and Randle continued to work in the low post. Atlanta, on the other end, began to knock down threes, with Jeff Teague (4-for-4 from three, 15 points) and Young going crazy. Still, with this, the Knicks went into the fourth quarter with an 18-point lead.

Then the fourth quarter came, and so did All-Star Trae Young. He was huge carrying the Hawks back in the fourth, as New York’s 18-point lead evaporated to just six with four minutes remaining in the quarter (and maybe season!). All of this as Ntilikina, who did a solid job defending Young in the first few quarters, sat on the bench. Young knocked down a couple threes, John Collins slammed home a dunk to tie and the Knicks and Hawks went to overtime.

At this point, the suspension was announced and the game became, respectfully, MSG Network broadcasters Mike Breen and Clyde Frazier wondering if the Knicks or Hawks players knew about the season being suspended. Robinson caught an incredible lob over Young, and Vince Carter knocked down a three to unfortunately end his 22-year career that spanned over four different decades.

The Knicks play Friday in Mia—oh no, they don’t.