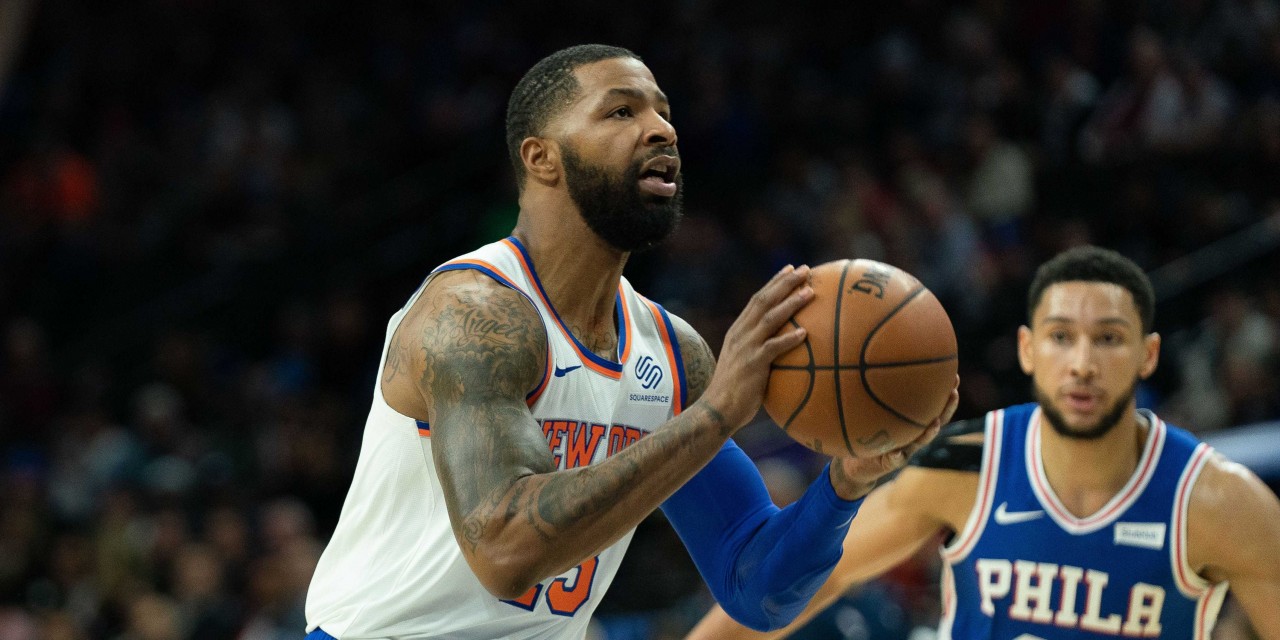 Marcus Morris’ homecoming didn’t go quite as planned as the Knicks fell to the Sixers, with a late lead disappearing into thin air.

Stop me if you’ve heard this before: the Knicks lost a heartbreaker. This one, a 109-104 defeat at the hands of the Philadelphia 76ers, featured a blown 17-point third-quarter lead.

After a closely fought first half, New York came out flame-throwing to start the third quarter, going up double digits. They held the Sixers completely scoreless until the 6:26 mark of the third period, knocking in 15 points of their own along the way. They went up 77-60 with 4:15 left in the quarter.

Philly cut the lead to five at the quarter’s end and tied it at 82 with 9:26 left. The teams went back-and-forth for a couple of minutes before a Mike Scott three-pointer with 4:58 left gave Philly a lead it wouldn’t give up.

The Knicks shot very well from three, converting on 13 of their 25 tries from behind the arc. Marcus Morris, playing in his hometown in front of friends and family, chipped in four on his own on seven attempts and finished with a team-high 22 points, 13 rebounds, and six assists.

The Sixers attacked the paint relentlessly. Joel Embiid led the charge, drawing fouls and double teams all night long. Although he shot poorly from the field, he led both teams in points with 23. He also recorded 12 rebounds and five assists.

Embiid’s strength and the Sixers’ constant off-ball motion on offense led to the Knicks committing foul after foul. Taj Gibson committed two quick fouls to start the game. Mitchell Robinson came in for him with 9:33 left in the first quarter and made the same folly. The Sixers were in the bonus five minutes into the game.

Ben Simmons was the chief difference-maker, recording 18 points on 7-of-9 field goal shooting, 13 assists, and seven rebounds. He locked up the Knicks on defense and terrorized them on offense with great passing and ferocious drives to the hoop. He also made a three-pointer for the first time in his career.

Simmons’ energy and hustle on defense raised the whole team’s intensity after going down big in the third. Embiid followed his lead, denying the Knicks in the paint time after time. The All-Star duo came up big down the stretch on both ends, stifling the Knicks’ attempt to take the victory.

Knox is a better QB than San Darnold or Daniel Jones. Change my mind. pic.twitter.com/e2enoQpZ9c

Gettin’ Chippy with it

Philly native Marcus Morris almost got into an altercation with Joel Embiid at the end of the first half. Morris was given a technical foul and a flagrant 1. Embiid also picked up a tech.

I respect Mook’s ability to go at it at a moments notice pic.twitter.com/0EqELFV3BT

Morris, who has been open about trying to bring back the ’90s Knicks mentality, was ready to scrap with his hometown team. He called out “ball don’t lie” in-between fourth-quarter free throw misses from Embiid.

The Knicks are back home on Saturday to face the reeling San Antonio Spurs.