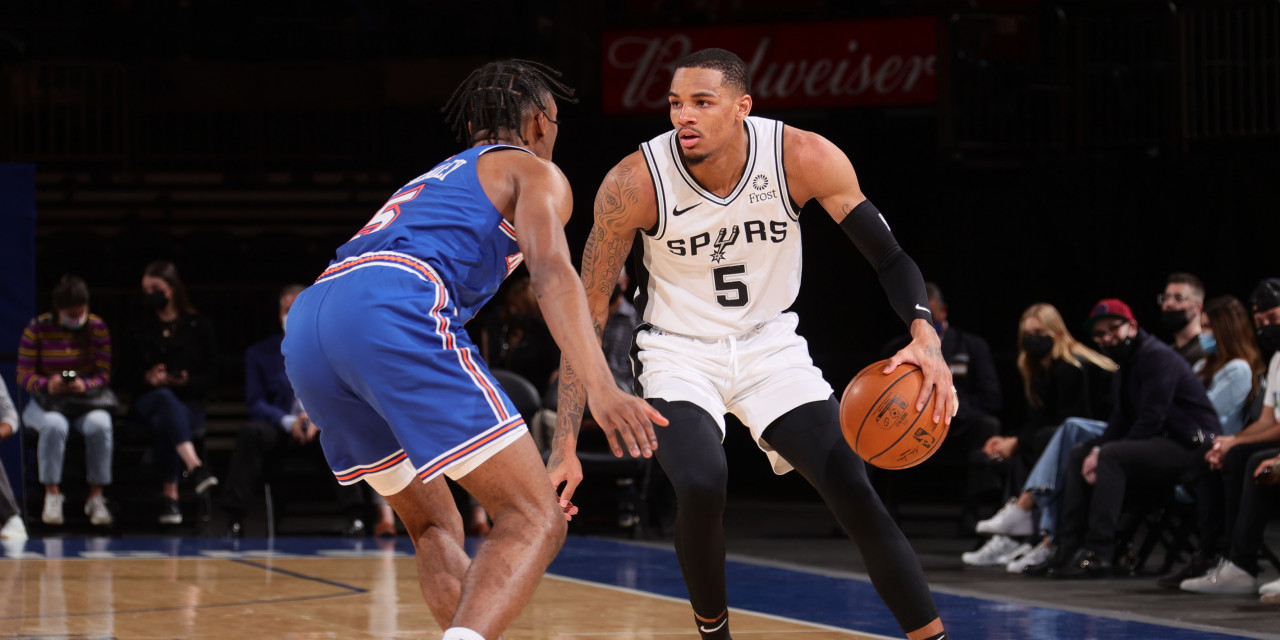 After losing three straight games in New York, the Knicks are on the road for three games, playing manageable teams. First up are the Spurs.

The New York Knicks (11-12) will head to San Antonio to take on the Spurs (8-14) at the AT&T Center tonight for the non-TNT Tuesday game. After a 113-99 loss to the Denver Nuggets on Saturday at Madison Square Garden, the Knicks will be looking to get back on track.

Despite their record, the Spurs have been playing their best basketball recently, winning four straight before Monday’s loss to the Phoenix Suns, the NBA’s other hottest team (18 wins in their last 19 games). Dejounte Murray has gotten off to a hot start this year, leading the Spurs in minutes, scoring, assists, and steals.

This remarkable stat-line is a small way of demonstrating how talented and versatile Murray is as a player. It also lightly highlights the lack of depth and options the Spurs currently have on their roster. Although the Spurs are not filled with individual standout talents they do play well together as a team. They are currently second in the NBA in assists per game, which is Spurs basketball through and through. The extra pass seemingly is the only pass in a Gregg Popovich–run offense. The Knicks should have their hands full keeping tabs on Murray and the Spurs tonight.

The Spurs could be without Devin Vassell (thigh) and Keita Bates-Diop (ankle) who are both questionable for Monday’s matchup with the Suns. Vassell would be a significant loss to the Spurs rotation as he has begun to grow into the mold of the 3-and-D wing scouts envisioned when he was coming out of Florida State.

The Knicks, however, are looking to bounce back tonight after a disappointing second-half performance in the loss against the Nuggets. In the third quarter, the Nuggets took control and went on a 20-2 run. This lackluster start coming out of the half caused the Knicks to be stuck to overcome a 28-point deficit early in the fourth quarter. They will need some more consistent offensive production out of their starting unit if they hope to get back into the win column tonight.

This applies especially to Julius Randle, Evan Fournier, and RJ Barrett. They have not been consistent offensively this season and that has played a major factor in the recent team struggles. Randle, however, did have a better game with 24-8-7 while only coughing up the ball once on Saturday. Over his last three games, he has begun to show signs of life on the offensive side, averaging 26.0 points per game. If Randle can get himself back into his scoring groove that will pay dividends for the wavering Knicks as the floor should open us for everyone else.

Barrett returned to the lineup versus the Nuggets with 13 points on 5-of-13 shooting from the field after leaving Tuesday’s game against the Nets with a non-COVID illness in the second quarter.

Knicks coach Tom Thibodeau alluded early on Monday morning that we could be seeing a lineup change for Tuesday night versus the Spurs. Based on Alec Burks’ recent stellar play and Barrett’s lingering illness, I could see Barrett being relegated to the bench for tonight’s matchup. I personally would refrain from breaking up the second-year duo of Immanuel Quickley and Obi Toppin, who provide a much-needed spark off the bench. That said could we see a starting unit of Rose-Fournier-Burks-Randle-Robinson tonight? I wouldn’t rule it out just yet.

The Knicks will look to get their first win in the month of December, as they have started off to the tune of a 0-2 record.