Knicks Look to Build Off of Their First Win, Travel to Orlando to Face Magic 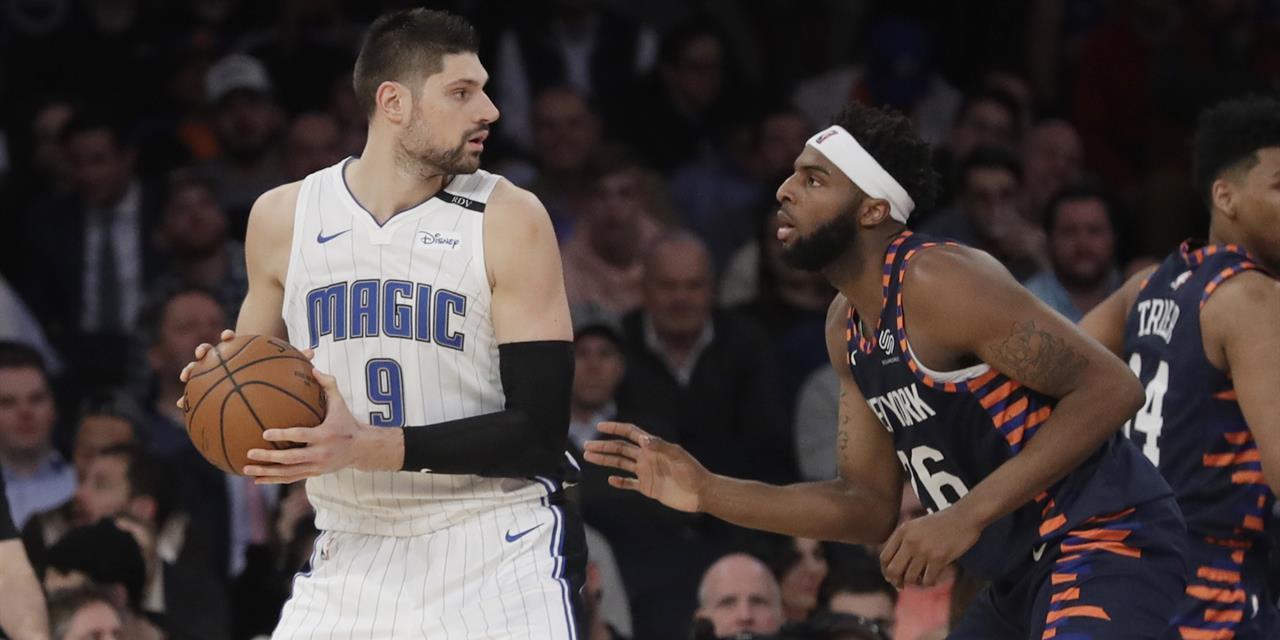 The Knicks kick off a two-game road trip in Orlando, matching up again Nikola Vucevic and Co. trying to extend their one-game winning streak.

The New York Knicks (1-3) are looking to string together their first winning streak of the season after erasing a 19-point deficit at home against the Chicago Bulls on Monday. After a sloppy and disjointed performance in the first half, the Knicks led a charge to seal the victory in the second half on the back of new big man Bobby Portis, with some fire in his belly playing against his old team.

Aaron Gordon and Jonathan Isaac anchor an incredibly long and athletic Orlando Magic team. Coached by Steve Clifford, Orlando has played stellar defense—it will be a challenge to the Knicks’ perimeter players to attack the rim, and not turn the ball over.

Julius Randle, who has 19 turnovers in his last three games, will have a difficult time against either Gordon or Isaac who matchup well against him physically. David Fizdale may look to match Mitchell Robinson’s minutes to opposing center Nikola Vucevic, who is a dynamic scorer in the paint and out at the three point line. Robinson has continued fouling too much (4.3 per game), a trait carried over from last season, and should focus on not getting into foul trouble so he can see more minutes down the stretch.

Former number-one overall pick Markelle Fultz has found himself splitting point guard minutes with DJ Augustin for the Magic. When Orlando picked him up around the trade deadline last season this is the role they imagined him playing: giving him a long leash to score from all parts of the court. He’s been able to provide that perimeter scoring—a facet of the game Orlando has lacked the last few seasons—making the marriage solid for both sides. His 12.3 points with 4.7 assists per game has eased the playmaking load off other creators on the Magic. The Knicks will have the ability to place Frank Ntilikina on any of the Magic’s more dynamic perimeter players, so look for him guarding any of  Fultz, Evan Fournier, or Augustin.

Frank Ntilikina will get an even larger role now that Elfrid Payton won’t be playing against his former team with a sore hamstring. Dennis Smith Jr. is still out grieving the loss of a family member, leaving the Frenchmen as the only point guard active on the roster. Although Ntilikina was 0-for-6 from the field against Chicago, his defense was absolutely stellar. Coach Fizdale praised him after the game, calling his performance “fantastic.”

Ntilikina was able to put the clamps on Zach LaVine, and can continue to focus on his defensive role against the Magic. Frank should thrive playing next to higher quality players this season, as even without an offensive game he can help the Knicks stay in the contest with a quality defensive effort.

R.J. Barrett brought a healthy dose of excitement to the Knicks through the first four games. Barrett has been given the tall task of being the team’s primary ball handler for long stretches, and he has shined in the role. His ability to score through contact has been impressive, and his rebounding effort (15 boards against Chicago) was on full display. He struggled from the free throw line, shooting a rough 5-of-11, which is an area of concern. His ability to get to the line as frequently as he has is an encouraging sign, but the 44% from the line has to improve.